The other Cannes festival 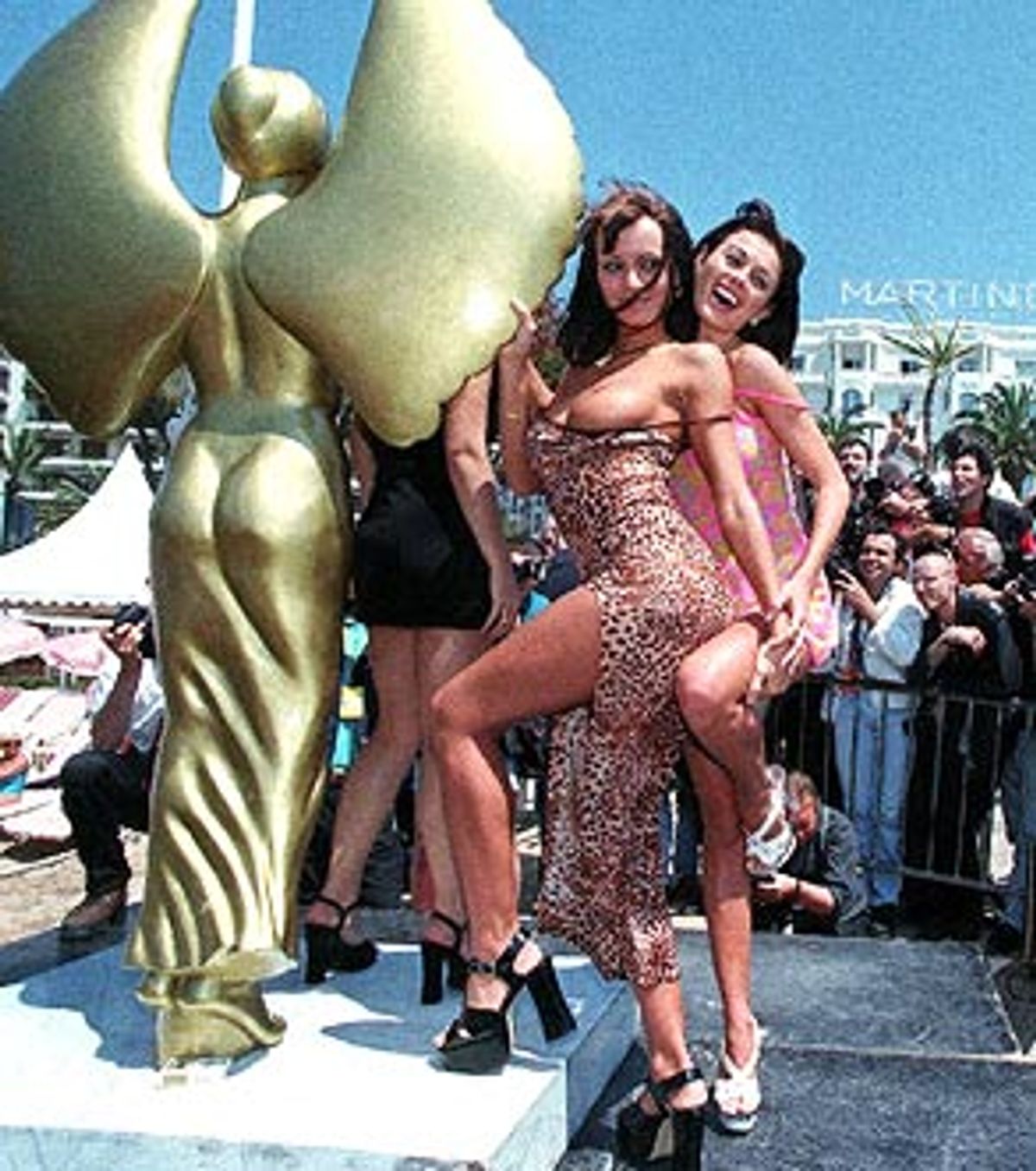 For two weeks each May, thousands of movie producers, directors and actors invade the quiet Mediterranean resort of Cannes for the most famous, and perhaps the most glamorous, film festival in the world. To everybody who is anybody in the movie business, and for a whole lot who aren't, this is the Mecca of film festivals.

Hollywood would kill for that kind of success. A couple of more years like that, and the Cannes Film Festival will be just a sideshow to the real event down the road. Forget Bruce Willis. We'll all be lining up for Lexington Steele, one of porn's biggest stars, and proud owner of a 16-inch-long penis.

Steele, in fact, was one of the contenders in last year's Hot d'Or awards. I forget exactly which category he was up for -- was it best orgasm or best anal-sex scene? -- but nobody really cares about the awards. Half the (non-French) contenders have a problem pronouncing the name of the town they're in, and none of them has a clue about French toilets, but this matters not a jot. What matters is that they're here, and to be here at all is a sure sign of success. It's a long way from the San Fernando Valley to the South of France, and the fact that somebody is prepared to send you there at all means ... well, it must mean something.

The Private yacht was moored at the far end of the marina, a great, white, gleaming, vulgar wedding cake of a boat -- bigger than anything else in the harbor. By the time we arrived, crowds of paparazzi were clustered on the pier, divided by roped-off barriers from a red carpet leading up a gangway. The key now was to play the part. We had to look like what we said we were: a TV crew making a documentary about the Hot d'Or. Any suspicion that this was a total lie, and we were out. But we had a little trick up our sleeves, a 100 percent foolproof, tried-and-tested formula guaranteed to forestall all suspicions. Known in the trade as strawberry filter, it simply means pretending to film when you're not. The director simply calls out "strawberry filter" and the cameraman pretends to run a whole load of nonexistent film through the camera. Nobody suspects a thing; it works every time.

And it worked this time. There we were, busy pretending to film the sunset, the harbor and the boat, when the stars arrived. You couldn't really miss them. They all had 6-inch heels, giant silicone implants, plus that glazed, nothing-behind-the-eyes expression that I suppose is the net effect of boredom, brainlessness and who knows what kinds of ingestibles. Before they boarded the yacht, they all -- in accordance with some bizarre code -- took off their shoes. Within minutes, the red carpet was stacked with 100 pairs of steel-tipped stilettos, all standing in precisely ordered rows, like the inside of a shoe fetishist's closet.

We followed behind minus our own shoes, of course.

As the evening wore on, my (pretend) interviews began to take on a surreal quality. One actress told me all about her latest film, "Wild Bananas on Butt Row 4."

"It may even win an award," she gushed.

"A wild banana," she replied.

Another actress told me why she loved her job. "You get to travel all over the world, stay in expensive hotels, work with interesting people and fuck them," she said. "Of course, it can be very exhausting."

"What did you say?" said the producer.

"Don't fuck with me. You said strawberry filter."

Getting the fuck off his boat was the easy part. The hard part was trying to find our shoes.

Stephen Walker is a writer and film director who lives in London. His latest book is "King of Cannes."