Trying to burnish his "compassionate" image, the president is now quoting Dorothy Day. Who's next -- Mother Jones? 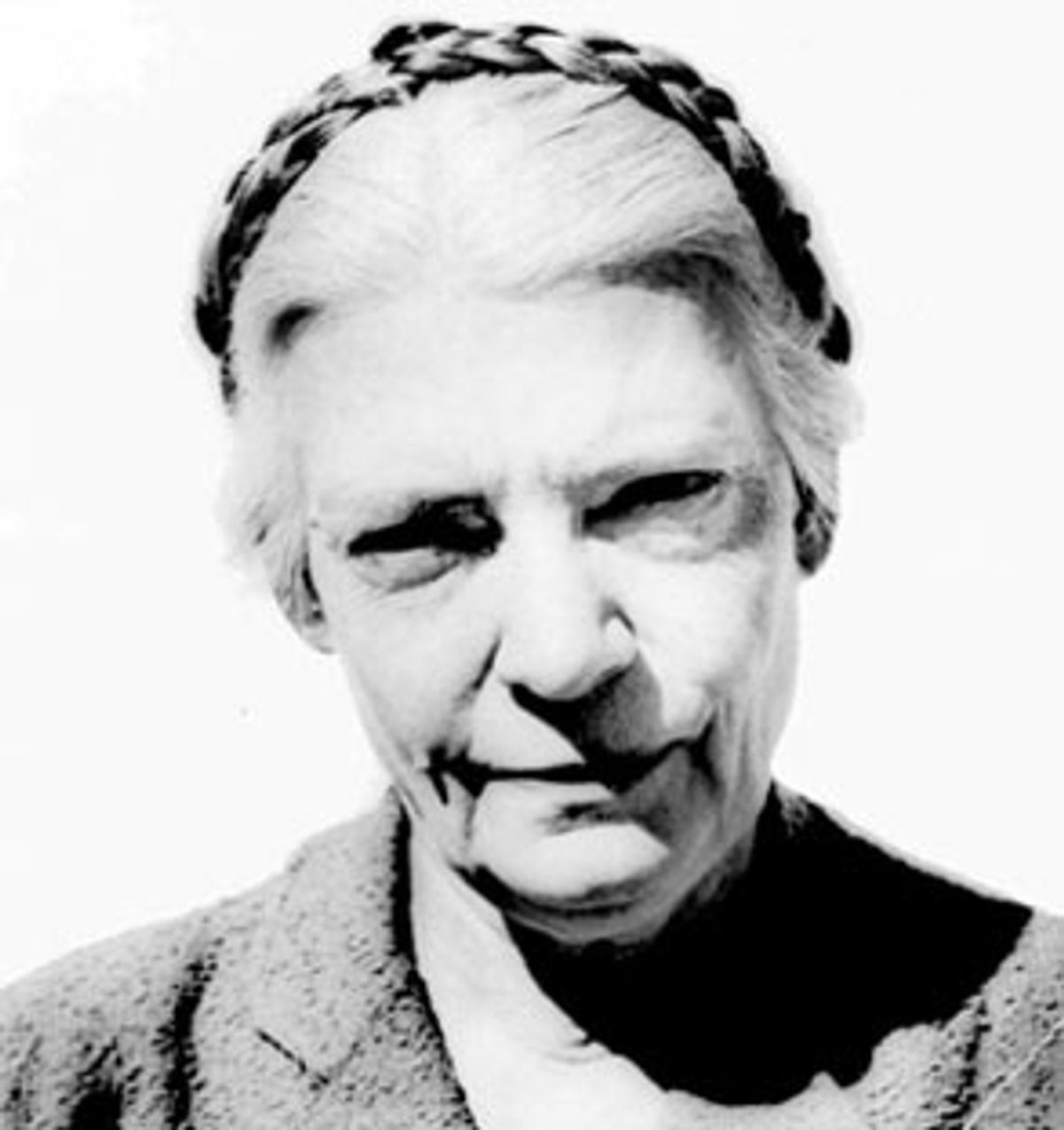 President Bush promised to be a "compassionate conservative" throughout Campaign 2000, but his plan to expand federal funding to faith-based charities appears to be his only attempt to make good on the "compassionate" in that promise. So he needs it, badly.

Bush pitched the plan hard on Sunday, with a commencement speech at Notre Dame, the nation's best-known Catholic university. The speech was a twofer: He got to flack his faith-based plan, as well as reach out to Catholic voters, a group that went for Al Gore last November. (Ronald Reagan made inroads with white ethnics in the 1980s, but since then Catholics have been trending Democratic.) Bush did both with a shameless reference to Dorothy Day, co-founder of the Catholic Worker movement.

"Any effective war on poverty must deploy what Dorothy Day called 'the weapons of spirit,'" Bush told the crowd.

But the reference to Day rang false, for two reasons. One is that it's hard to imagine Bush finding much common ground with the socialist, pacifist Day, who, before her conversion to Catholicism, was a left-wing Greenwich Village writer who dallied with literary luminaries of the era, including Eugene O'Neill. (She and Bush could have been drinking buddies in their youth, perhaps, but Day's tastes ran more to intellectuals and activists than to frat boys.) Day had an abortion, and later became an unmarried mother before converting to Catholicism in 1924 and starting the Catholic Worker movement, ministering to New York's poor, with Peter Maurin in 1933.

But the other dissonance in Bush's quoting Day is that her Catholic Worker movement refuses to accept government funding for its work, believing such monies inevitably come with strings attached, and that the work is better done voluntarily, out of love, not obligation. In fact, the vast majority of Catholic Worker communities aren't even incorporated, which means they have to turn away monies from many private donors. At the more than 175 Catholic Worker communities today, staff members take a vow of voluntary poverty, to live alongside the low-income people they serve, treating them as "guests," not clients.

And according to Jim Allaire, the webmaster for the Catholic Worker Web site, the phrase "weapons of spirit" isn't even an exact quote from Day herself. "She spoke of the 'primacy of the spiritual' (13 texts) and 'spiritual weapons' (26 citations) but not 'weapons of spirit.'" Allaire, the author of the book "Praying With Dorothy Day," goes on to say: "CW houses don't take government funds from any level of government. In fact, the great majority are not even incorporated. Those that are 501(c)(3) do so for receiving donations that are tax deductible. Having said that, it may be the case that somewhere a CW house does take government funds, but in two cases I know of, the houses that started to accept grants delisted themselves from the CW directory."

Day herself explained the decision not to incorporate this way: "No one asked us to do this work. The mayor of the city did not come along and ask us to run a breadline or a hospice to supplement the municipal lodging house ... No one asked us to start an agency or an institution of any kind. On our responsibility, because we are our brother's keeper, because of a sense of personal responsibility, we began to try to see Christ in each one that came to us ... Ever to become smaller, that is the aim. And to talk about incorporating is somehow to miss the point of the whole movement."

It's clear that Day, who died in 1980, would have been among the religious leaders who oppose Bush's plan to increase federal funding, fearing it will tie them in red tape and dilute work that is better done voluntarily.

So how did the socialist Catholic Worker founder wind up in Bush's speech, anyway? He seems like a guy who's more into Doris Day than Dorothy, and who might have confused "weapons of spirit" with his missile defense shield. If Bush misquoted Day, that's a minor mistake (the White House didn't return calls asking for a citation for the quote). If he tried to appropriate the respect Day commands internationally, to support a program she would oppose, that would be much worse.

Worse still would be if Bush and his staff knew and cared so little about poverty they didn't know or care anything about Day or what she stood for, beyond the fact that she was a Catholic and they need more Catholic votes. Given the fact that Bush's proposed budget gives unprecedented tax breaks to the richest of the rich and crumbs to the poor, the smart money has to be on the last explanation.