Old and in the family way

Are aging parents doing the math when they add to their families late in the game? 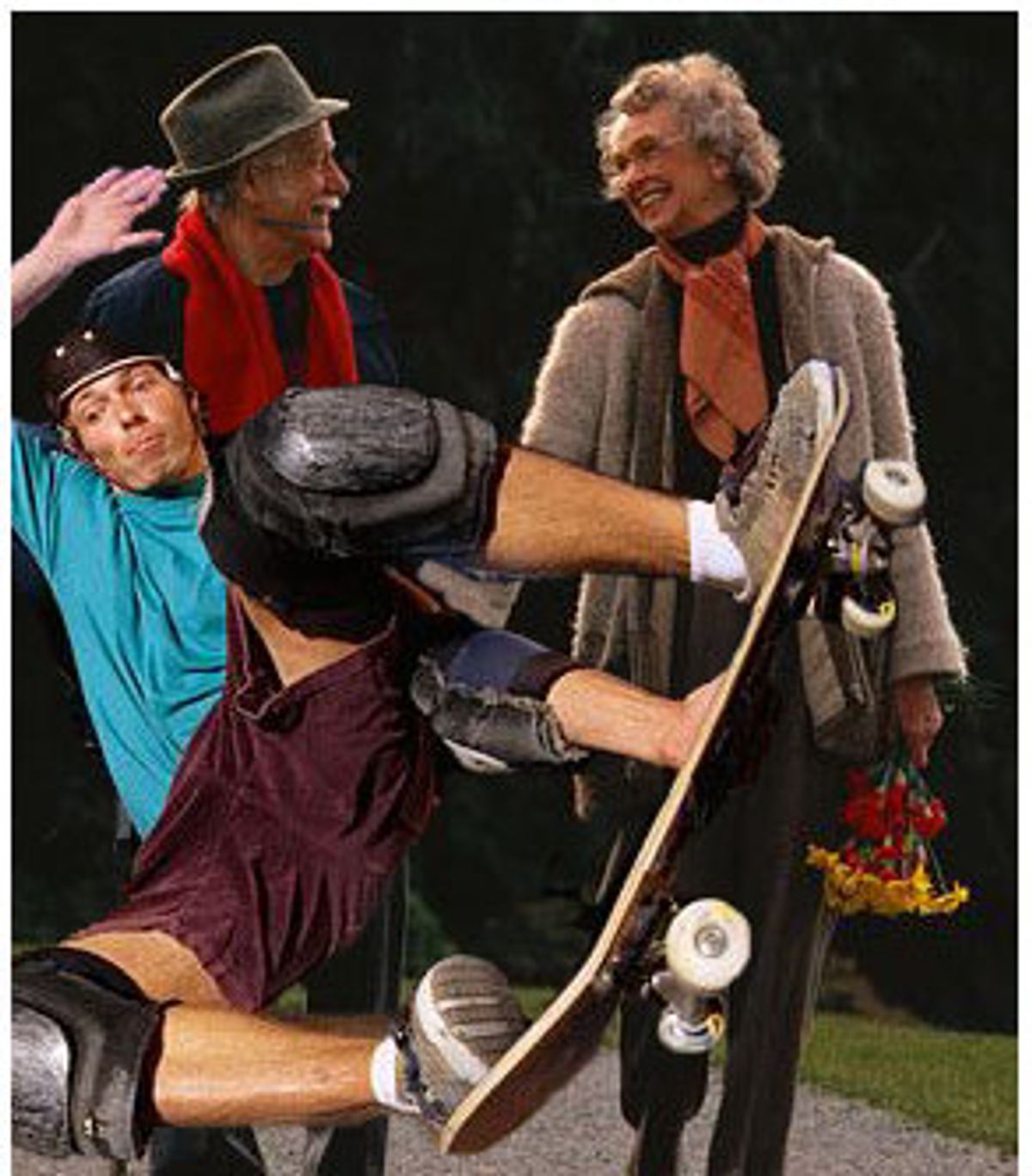 Pregnant at 51, photographer Annie Leibovitz is the latest, and perhaps the oldest, entrant in the burgeoning celebrity class of Mothers of a Certain Age. She follows Cheryl Tiegs, also 51, who recently delivered twins; and playwright Wendy Wasserstein, who had her daughter, Lucy Jane, at 48.

And then there are the rest of us, a newly abundant group of professional and well-educated "aged" individuals with access to current reproductive technology. The latest figures from Massachusetts -- a state that mandates insurance coverage of fertility treatments -- provide convincing evidence: More women there are giving birth between the ages of 35 and 40 than between 20 and 25. What's more, the largest increases are taking place among those in the 40- to 45-year-old age bracket. Deborah Klein Walker, the Massachusetts associate commissioner of public health, calls the development "a trend."

I suppose I feel vindicated to learn that experiences and observations I had tagged as quirky have now been elevated to the status of an official trend. For several years, I have been noting that generations are collapsing into one another. My sister had a baby at 45. My sister-in-law became a grandmother at 42. My 44-year-old friend is the stepgrandmother of a 10-year-old. Now, she is contemplating adopting her own child. She is creating a new paradigm -- grandparenting as practice for motherhood. The recent reaction of one man of around 50 upon hearing the news of his 40-ish wife's pregnancy says it all: "Oh good. Now we can have our own grandchildren!"

Yet, as far as I can tell, analysis of this trend has focused almost exclusively on the physical risks that postponing pregnancy poses to mother and child. I have yet to find any serious discussion of the "quality of life" implications down the line. These concern me, because, as a mother who gave birth to two children after my 35th birthday, I get a little nervous when I do my own math.

Until recently, I had managed to repress the knowledge that, by giving birth at age 39, I condemned my 55-year-old self to the torture of parenting a teenager. At an age when my empty-nested parents were basking in the comfort and ease of a new, downtown condo, I face the prospect of stuffing my nightgown under my coat at midnight, crawling into my car and frantically combing suburban streets in search of my errant 16-year-old daughter. I imagine that financial pressures to pay college and, God forbid, graduate school tuition bills will keep me working full steam well into my 60s, despite urges from my heart, body and soul to flee to the retirement havens of Florida.

And what of our children? What will it mean for our society when a critical mass of kids in their 20s, barely out of college, are either orphaned or forced to cope with parents in their dotages? How will they make decisions about our nursing care while simultaneously fretting over the dating implications of the recently sprouted pimples on their noses? No doubt, some entrepreneurial shrink will articulate the defining therapeutic acronym of the next generation: YASWAPs, standing for "Young Adults Saddled With Aging Parents." I can already foresee the proliferation of these counseling groups on college campuses throughout the country.

Yet, how could I possibly advocate a return to the old patterns? I would have made a selfish, immature and, in all probability, resentful mother in my 20s. I feel fortunate to be among the first generation of women who were able, en masse, to burst out of the "one size fits all" lifestyle corset that constrained so many of our mothers and grandmothers.

In the 15 years between my college graduation and my first labor, I, along with a cohort of female peers, lived self-supporting and independent lives. If, in retrospect, I now view those as confusing and angst-ridden years, they nonetheless afforded me the chance to slowly and painfully grope my way toward a life of my own creation. This essential exercise would have been impossible to achieve if I'd been simultaneously caring for little ones. And I like to believe that my children are the ultimate beneficiaries of the textured life experiences I amassed before they were born.

Still, I fear at times that I have made a dangerous, and perhaps reckless, gamble. Because my mother was only 27 when I was born, we have had 45 years to work out some of the kinks in a complicated relationship. Her single largest gift to me may be the simple act of hanging around until I became mature enough to empathize with the pressures she was experiencing when I was a child.

Will I be able to offer the same to my children? Quite possibly, yes. Certainly many of us are living longer lives these days. Yet, despite increasing odds that I will survive to a cranky old age, longevity remains a crapshoot and plenty of women of moderate habits die young. If I exit this planet at age 59, as my aunt did, I will not leave behind grown-up children, as she did. I will orphan a son who may still be in college and a daughter not yet out of her teens. That thought alone can bring me to my knees.

In the words of Tony Blair (himself a new father at age 47), there must be a "third way," but I don't see an obvious one rising to the surface. The recently unleashed opportunities for women to pursue interesting careers, achieve financial independence and safely postpone childbearing are going to make it difficult to push the genie back into the bottle. After all, aren't we finally exercising an option that has always been available to men: to sow our wild oats and seek our fortunes before -- rather than in place of -- raising children?

Of course now that I am a parent, my perspective on this issue has shifted dramatically. A selfish part of me hopes that the pendulum swings back in the next generation toward early marriage and parenthood, thus increasing the prospects that I will be spry enough to dance at my children's weddings and cradle my grandbabies.

But, on reflection, that is not necessarily the life I wish for them. I adhere to the view that when we marry and have children, we seal off as many doors as we open. Before my children take this monumental step, I hope they enjoy a period of unbridled selfishness, when they can chase dreams, ideals, passions, ambitions or romantic adventures with a fervor and a single-mindedness that are rarely possible after one acquires significant others.

No, these days, my deepest wish is far more basic, but no less elusive. From my current vantage point, I often feel that I would happily make a bargain with the devil. I will hand him back my self-indulgent 20s in return for a guaranteed seat at the table at both of my kids' 35th birthday parties. Barring that assurance, I can only hope that my imperfectly made bed will sustain me long enough to listen to them and their adult friends complain about their parents' follies and vow to arrange their own lives very differently. I can't wait to be a fly on the wall for those conversations.

Johanna Wald is a freelance writer and editor who lives in Dedham, Massachusetts. Her articles, and essays have been published in The Nation, the Boston Globe, the Boston Herald, Inmotion Magazine, and Preschoolers Today.