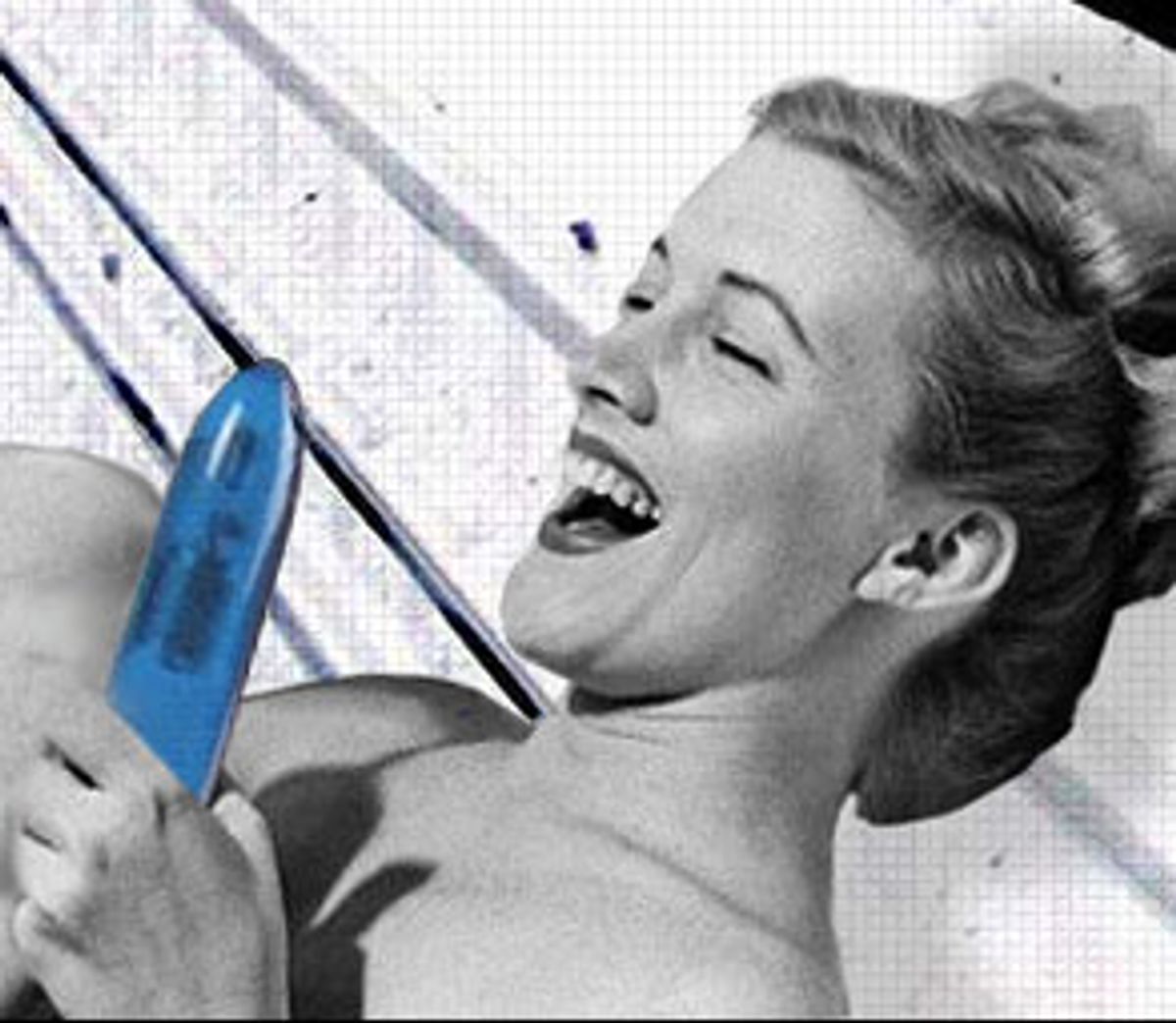 For many years, I've been part of a nine-man social group. We meet twice a month, take turns making dinner and end up talking sports, politics, work, marriage, children, money, parents and -- of course -- sex.

No. According to the Kinsey Institute, it causes no illnesses and does not "wear out" the genitals, change their sexual sensitivity or limit future ability to respond sexually. It does not change the genitals permanently in any way, neither enlarging nor shrinking the penis, nor altering the size, shape or color of the clitoris or vulva.

Far from feeling threatened by vibrators and other sex toys, men would do well to welcome them into partner sex. True, they can do something you cannot -- provide extra-intense sensations. But so what? Is a carpenter less skilled because he uses power tools? When a woman feels sexually fulfilled, she's happy with her lover, even if he uses a power tool to help get the job done. Sex toys are not competition in bed for men; they are helpful companions. They're fun. And many women deeply appreciate a man who is willing to include vibrators and other toys in partner sex. (Don't forget to use some lubricant.)