The Census says Hispanics are poised to outnumber blacks as America's largest "minority" -- but can Hispanics really be compared to African-Americans? 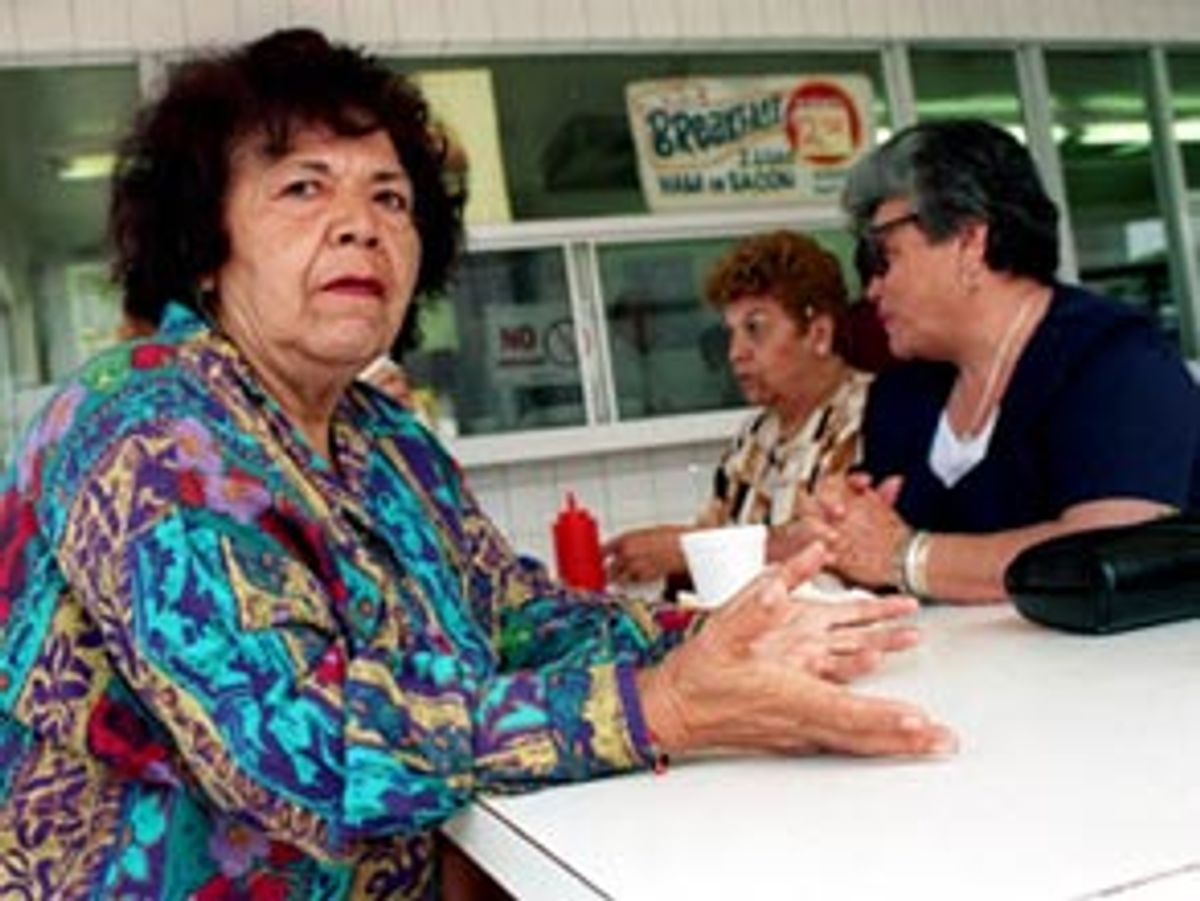 A dark little secret -- the divide at the heart of America's racial and ethnic politics -- has been exposed by the contest for mayor of Los Angeles. In America's largest Hispanic city, a majority of African-American voters are expected to side with the white candidate, against the Hispanic candidate.

All is not well along the spectrum of America's rainbow, despite the tendency of some on the political left to describe "blacks and Latinos" in one breath. From Miami to Dallas to Compton, blacks and Latinos are engaged in a terrible competition for the meanest jobs; for the security of Civil Service positions; for political office; for white noise. It is no exaggeration to say that African-Americans have paid the price of Hispanic numerical ascendancy. In Los Angeles, for example, the famous "black neighborhoods" have suddenly become Hispanic -- immigrant, Spanish-speaking.

The U.S. Census Bureau is candid, but makes matters worse. Out of malice or stupidity, federal demographers have taken to predicting that Hispanics are destined to "replace" African-Americans as "America's largest minority." This year, the bureau estimates Hispanic numbers to be nearly equal to those of blacks. But Hispanics are poised to take the lead. The bureau manages both to trivialize the significance of Hispanics in our national life, as well as to insult African-Americans by describing Hispanics as replacing blacks. But to date, the nation's Hispanic political leadership has remained largely silent about the Census Bureau's grammar.

If I were an African-American, I would not be so silent. What does it mean, I would ask, that Hispanics are becoming America's largest minority? The notion of African-Americans as a minority is one born of a distinct and terrible history of exclusion -- the sin of slavery, decades of segregation and every conceivable humiliation against a people, lasting through generations.

To say, today, that Hispanics are becoming America's largest minority mocks this entire history. It dilutes the noun "minority" until it means little more than a population segment.

This is exactly what Hispanics have become -- a population segment, an advertiser's target audience or a market share. Not coincidentally, it was an advertising agency that got the point of Hispanic totals as early as the 1980s. It was then that the Coors beer company erected billboards throughout the Southwest celebrating "The Decade of the Hispanic."

Nowadays, on television and in newspapers, you will notice Hispanic actors, a growing Hispanic population in the American South and Midwest, Ricky Martin's views on God and the world and multimillion-dollar baseball stars with Spanish surnames and unreliable swings. Nowadays, white politicians of both parties happily mangle Spanish phrases in their speeches, and President Bush celebrates Cinco de Mayo on the White House lawn.

If I were African-American, I would tire of the cha-cha-cha, the salsa and all those happy adjectives that cluster around Hispanic, the noun. I would resent the blast of Latino numbers. I would resent the politicians -- whatever their color -- who insist on lumping blacks and Hispanics together.

I would remember how, not so many generations ago, Hispanics, particularly Mexicans and Cubans, routinely resisted the label "minority." In a black-and-white America, Hispanics tended to side with white, or at least tended to keep their distance from black. But then came the success of the black civil rights movement in the South. And when that movement moved north, African-Americans gained bureaucratic notice and remedies from Washington.

In truth, despite our pretense, Hispanics do not constitute a racial group. Members of every race in the world can claim to be Hispanics. As Hispanics -- the blond Cuban, the black Dominican, the mestizo Mexican -- we assert a cultural tie.

The notion of Hispanicity might thus be revolutionary in a nation that has always identified its citizens according to blood. But, to date, Hispanics have largely failed to tell the truth about ourselves, and thus have limited our significance to the nation. Hispanics end up today proposing embarrassing absurdities. The white Hispanic with blue eyes applies to college as a "minority." Meanwhile, the Appalachian white with blue eyes cannot apply to college as a minority, because she is "only" white.

By telling you these things, I do not mean to betray "my people," though I tend to think of the nation entire -- all Americans -- as my people. Yes, I call myself Hispanic, but I also see myself within the history of African-Americans and Irish Catholics and American Jews and the Chinese in California.

I believe there are useful purposes in having citizens who feel excluded from the mainstream organize themselves -- to lobby, to petition, to attract the interests of government and employers. But when Americans organize into subgroups, it should be with an eye at merging into the whole, not remaining separate. What was the point of the black civil rights movement of the early 20th century if not integration?

The trouble with today's ethnic and racial and sexual identifications is that they threaten to become evasions of more general citizenship. Soon groups beget subgroups: Last week there was a meeting in Atlanta of Colombian Americans, their first convention. Almost in parody of Hispanics nationally, Colombian Americans announced themselves to be "America's fastest growing minority."

On the other hand, if you are looking for reasons to feel optimistic about our shared American future, you might talk with those kids one meets in Oakland, Calif., today who have outgrown the Census Bureau's labels. I mean the kids who call themselves "Blaxicans."

These children exist in some future tense, well ahead of the politicians and the rest of us who live in a nation that divides and divides again, by sex or color or accent or grievance.

The Blaxican will describe our national life, long after the politics of the moment have faded to gray.