Andrew Carroll, co-founder of the Legacy Project, presents correspondence from American soldiers that encompasses every major conflict from the Civil War to Desert Storm. 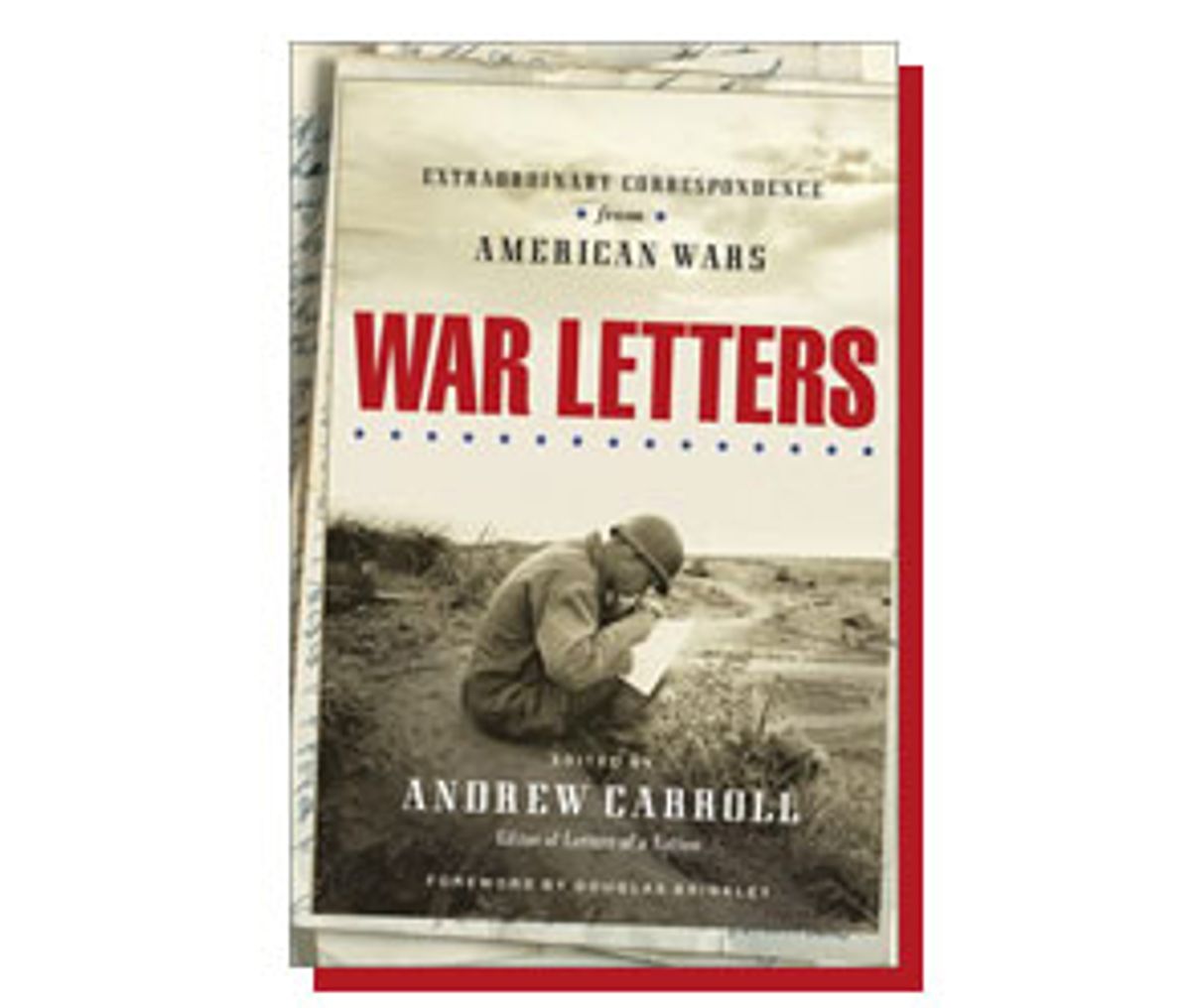 In 1998, Andrew Carroll co-founded the Legacy Project with the goal of preserving the letters of American soldiers, and those of their relatives and friends, for posterity. Since then, the project has received more than 50,000 letters discovered in basements, attics, trunks and scrapbooks around the country.

Some of the letters in "War Letters: Extraordinary Correspondence From American Wars" are being published for the first time. Edited by Carroll, "War Letters" is a dramatic anthology of American correspondence that encompasses every major conflict from the Civil War to Desert Storm.

"In the sweep of history the experience of the lone soldier is often lost, but in this breathtaking collection the individual voices of the men and women who have served this nation come to life with a power and an eloquence that is both gripping and unforgettable." -- Stephen E. Ambrose

The letters in the collection are read by an all-star cast, including Tom Brokaw, Joan Allen, Hope Davis, Rob Lowe, Campbell Scott, Eric Stoltz and others. Listen to Carroll's introduction to "War Letters" (Simon & Schuster Audio) below.