Not a complete dog. 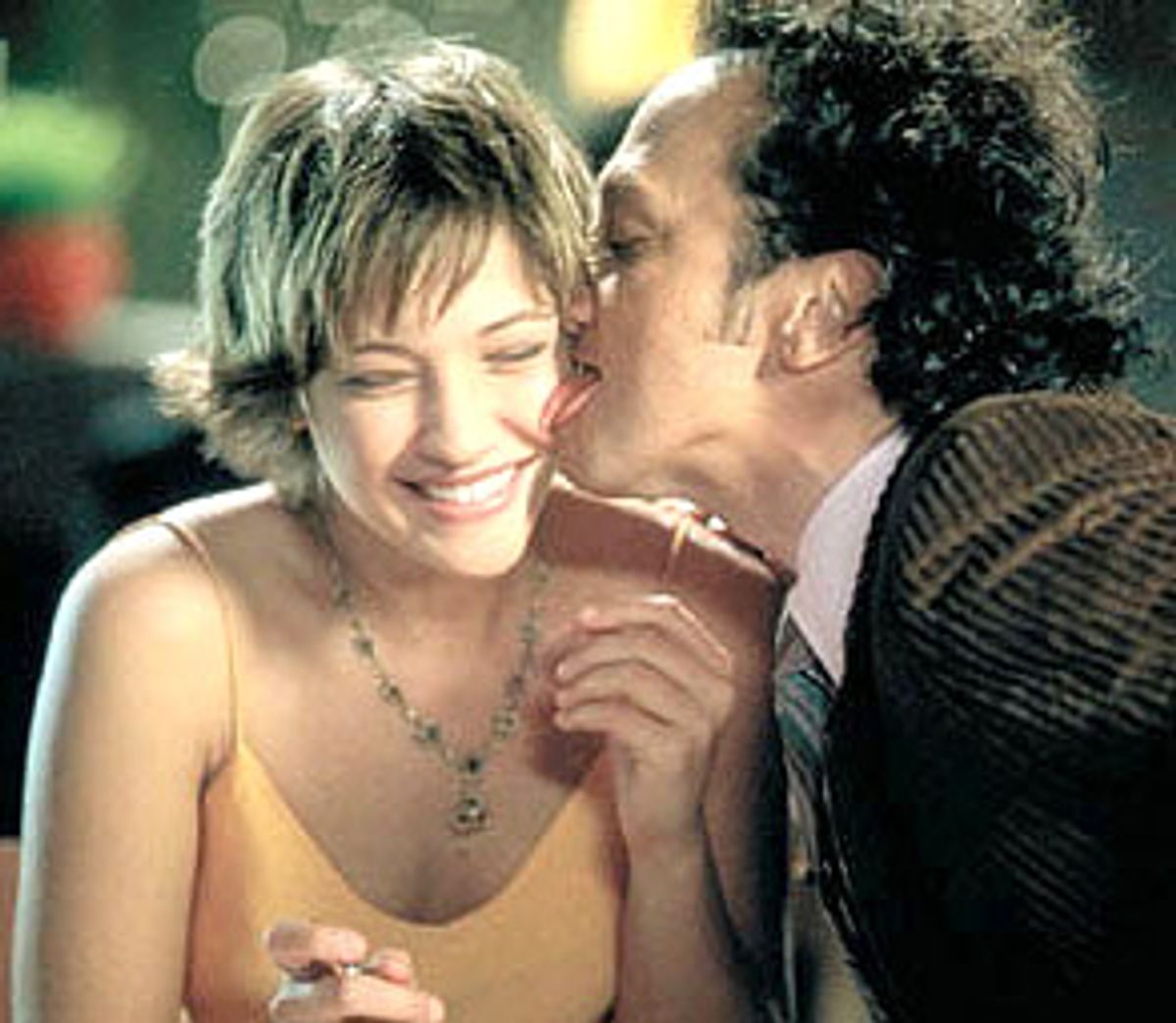 "The Animal," starring "Saturday Night Live" alumnus Rob Schneider, is neither as bad as it might be nor as entertaining as it should be. It's the kind of movie best viewed on stolen time, the sort of thing you might see on impulse after ditching work on a Friday afternoon at the tail of a lousy week. Silly, well intentioned, mildly crude, instantly forgettable: It's everything you want in a comedy you'd rather not admit to seeing.

As Marvin Mange, a police evidence file clerk who becomes a hero of sorts after a mad scientist fortifies him with internal animal parts, Schneider swims, waddles, slinks and gallops through the movie with a careless insouciance that's sometimes funny all by itself. He always has that mildly dazed look, as if he has just been whacked upside the head with a saucepan.

That's the only natural response to the sight of his potential lady love, Rianna (luminous cutie Colleen Haskell of "Survivor," in her movie debut), a nature activist and animal lover who volunteers at the local animal shelter, where, naturally, Marvin feels completely at home. But he has some trouble coming to terms with his new traits, which include a ravenous hunger for raw meat, an insatiable sex drive and the ability to lick the underside of his own leg. It doesn't help that one of his colleagues on the police force, Sergeant Sisk (John C. McGinley), suspects there's something dubious about him.

If "The Animal" -- co-written by Schneider and Tom Brady -- never quite gets fired up, at least it chugs along efficiently on its mildly inspired ridiculousness. And director Luke Greenfield never makes the mistake of hypercharging the pace to make us think the movie is funnier than it is: He just winds up the picture and sets it out there on its own merits, for better or worse.

Its goofiness can be endearing. Before his transformation, slumping in front of his TV, Marvin sees an ad for a health drink called Badger Milk, and we're treated to a shot of a live badger with miniature milking tubes sucking away at her tiny nipples. In a later scene, when Marvin is being grilled by his boss, he anxiously and absent-mindedly lifts his leg to lick beneath it, alarmingly close to his animal manhood. (Why does he do it? Because he can.) It's a feat of physicality, but the best thing about the sequence is the look on Schneider's face: He's open, confused, innocent and completely unaware of the inappropriateness of it all.

There are plenty of gross-out scenes (as when Marvin feeds chewed-up worms to a baby turkey vulture from his own mouth) and a few absurdly glorious moments (Marvin's impromptu dolphin act, in which he shimmies through the water backward and upright, gleefully waving a flipper at the gathered crowd). Occasionally, Schneider draws too much attention to himself by mugging -- he's much better deadpan. But he does know how to woo a winsome-looking goat in heat, against the sultry strains of Marvin Gaye's "Let's Get It On." He sidles up to her like a smoothie in a cocktail bar, all quizzical eyebrows and hip-wriggling swagger.

The goat doesn't buy it, and fortunately, Marvin has better luck with Rianna. I wouldn't call Haskell much of an actor, but there's no getting around the fact that she's damn cute. "The Animal" requires nothing of her but to throw off her glimmering, sun-kissed charm, and she rises to the occasion gracefully, without making the mistake of trying too hard. It's little wonder Marvin instinctively waggles his butt when she kisses him and, later (and less winningly), pees on her porch to mark his territory. A pretty girl will do that to you. It's only natural to do what you can to keep from getting kicked off her island.