A supposedly sophisticated shocker turns out like every other action thriller we've seen in the past three years -- only more annoying. 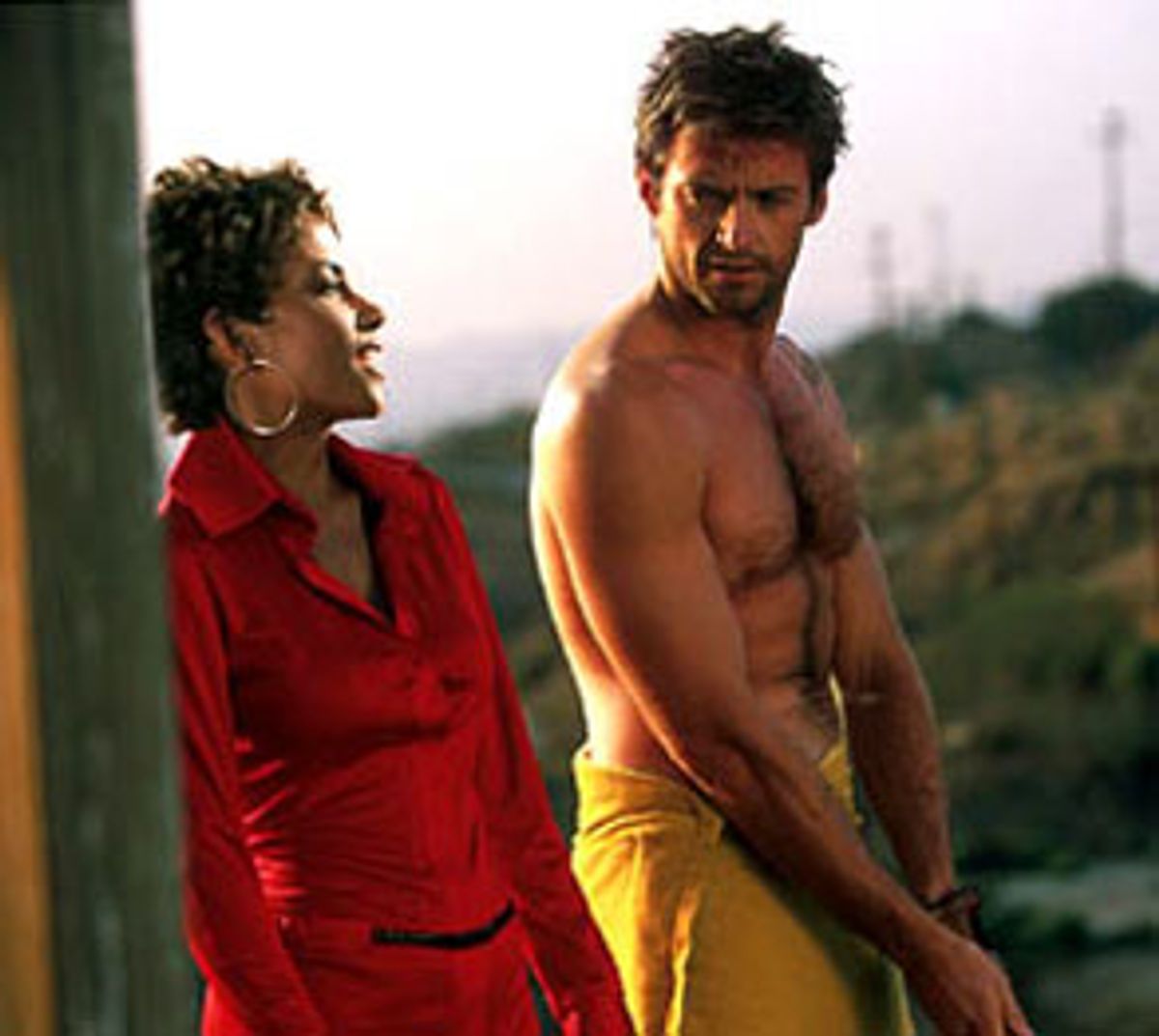 When did car chases become so boring? They've become so ubiquitous that if someone were to make an action thriller without a single car chase, it would almost feel like an avant-garde experiment. They're supposed to rev up an audience, but when was the last car chase you saw that actually got you moving? These days they add nothing more to a movie than needless gas.

I wouldn't have said that about Dominic Sena's previous movie, "Gone in 60 Seconds." But I will say it about his current one, "Swordfish." "60 Seconds" wasn't a particularly good movie, but it was honest in a slap-happy, lunkheaded way: Although it was curiously low on car chases, it did give us lots of cars going really, really fast, and it was heaped high with car crash-ups, one after the other. It was almost Zen in its beef-brained consistency.

But with "Swordfish," Sena leaves his little toys behind. This movie desperately wants to be a sophisticated, complex thriller. And it's about a computer hacker, so you know it's going to be cerebral. And just in case the astonishing classiness of "Swordfish" starts to bore people a little bit, there's a car chase stuck in there for good measure, one that goes on for a numbingly long time and ends in a nice, big explosion. If that's not giving too much away.

"Swordfish" is packed to the gills with massive explosions and gee-willikers high-tech munitions, and its plot weaves through a maze of undulating twists and turns. Those two things combined are supposed to be enough to awe us, but they're not. In the end, "Swordfish" feels like every other action thriller we've seen in the past three years, only it's more annoying -- and, in some cases, more appalling -- because it's trying so hard to distinguish itself.

Hugh Jackman is Stanley Jobson, one of the world's two best computer hackers. He has just been released from a prison stint, but he'll be thrown back in the clink if he gets within 50 yards of a keyboard, and he's trying to keep straight so he can win custody of his young daughter, who is currently living with his ex-wife and her porno-director husband. One day, as he's idly lobbing golf balls off the roof of a tin shed somewhere in rural Texas (the land any sane person would migrate to when he's trying to go straight), a vision in 4-inch spike heels, Ginger (Halle Berry), appears out of nowhere (actually, she drives up in a saucy little roadster) and tells him her boss would like to see him. And -- get this -- there's money in it.

Before long, Stan has been drawn into the dastardly plot of the suave, cruel and mysterious Gabriel Shear (John Travolta), who's hoping to use Stan's skills to break into national security and steal billions of dollars in government funds. Stan, desperate to get his daughter back, is forced to play along: Reluctantly, he goes to work for a guy who wears super-tailored European suits and sports a soul patch that looks like the skimpy landing strip left after a bikini wax. It beats workin' for the Man, but just barely.

But Gabriel isn't what he appears to be. Nor is Ginger, with whom Stan has a minor romantic dalliance. As Stan tries to process all this confusion, he's being watched by Agent A.D. Roberts (Don Cheadle), formerly a hotshot cyber-crime detective but now suffering from a case of burnout. It was he who caught Stan for his original crime: The hacker had scotched an FBI program designed to invade Americans' privacy.

"Swordfish" does have one or two clever moments. In one of them, Gabriel gives Stan a "test" to see if he can hack into a system in 60 seconds; to get a sense of how well Stan performs under pressure, Gabriel has one of his henchmen hold a gun to his head and another hold a head to his gun. (To explain it further would give too much away.)

And the picture can't do much to diminish the talents of two of its phenomenally appealing leads: Jackman (who played the marvelous Wolverine in last year's "X-Men") manages to make even the silliest dialogue sound as if it actually means something. And Berry (who also appeared in "X-Men," as Storm) is proving herself to be increasingly confident and gutsy. In one scene, she flummoxes Stan by flashing him, and the camera, much less of a gentleman than Stan is, lingers on her breasts for much longer than it should. But the look on Berry's face -- direct, challenging and unapologetically sexy -- keeps the moment from feeling sleazy. Berry plays the scene so that the movie around her is the thing that looks cheap. She struts off with her dignity intact.

Travolta fills another scheming, complex villain role, a character who's probably seen "Face-Off" too many times. And Cheadle, so terrific in "Boogie Nights" and "Traffic," has practically nothing to do. He barely registers as a presence.

Aside from not knowing what to do with his actors, Sena racks up plenty of other sins in "Swordfish." He opens the movie with a potential bit of cleverness that by the end only feels like a deeply, cheaply manipulative device. As the picture begins, we learn that Gabriel's nefarious team is holding a group of bank workers hostage. Each one is wrapped tight in a vest of explosives and weighed down with ball bearings -- effectively, they're human land mines. Worse yet, he's placed an electronic dog collar on each one, so if anyone strays past the boundaries of his "fence," he or she will blow to smithereens.

Sena shows us one woman, plucked from the crowd of hostages and being shown off by one of Gabriel's henchmen to the gathered police force and SWAT team. She's crying hysterically in fear and pain. The crying persists; we get plenty of shots of the woman's face, contorted by her anguish. In a gonzo act of bravery, a sharpshooter picks off the henchman, and a SWAT guy grabs the woman and starts to run off with her, not heeding the cries of his colleagues to let her go in order to save her life.

The worst happens: She explodes. Sena gives us a sweeping, glorious, self-consciously artful pan of police cars busting up in fireballs and bodies flying into the air. The audience I saw the picture with cheered at the explosion. And granted, it's a pretty grand explosion. But I couldn't get past Sena's sadism in the way he'd focused on the woman's suffering. This wasn't a quick shot of an anguished face (not that that would have been any better). He allowed us to bond with her as a human being before casually picking her off. Maybe he'd defend himself by claiming he was trying to show that violence has consequences. But if he doesn't know himself that that's a bullshit excuse, his camera sure does.

In the first 10 minutes, Sena lost my trust, although he did make one audience cheer. If this is as artful as violent movies get, Sam Peckinpah must be rolling over in his grave. He's just lucky he's not alive to see it.