My father was a drunk -- but he was a great dad anyway. If I'm in denial, I plan to stay there. 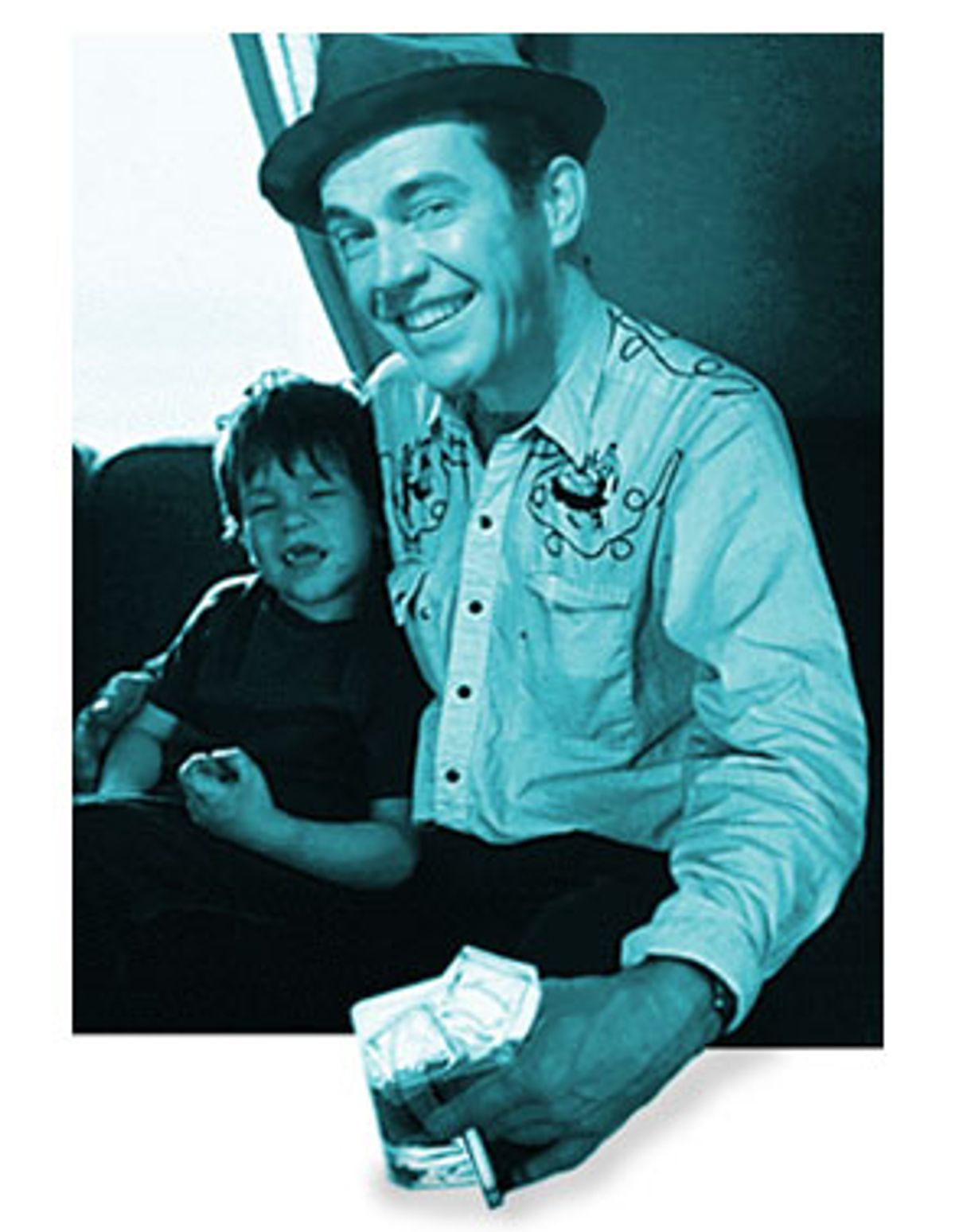 It's confusing when you don't feel the way you are supposed to feel.

I know that I'm supposed to be tortured and upset and profoundly disturbed to have been raised by an alcoholic parent. But I'm not. Growing up with Dad was a blast. The man could party. You never knew what was going to happen next. Some mornings you would wake up and find the milk in the freezer and the dog on the roof. He told great stories, he played pranks, he made late-night junk food runs.

He's been gone for a decade now, and as much as I might try, it's very hard for me to remember the bad times. I should be a mess of resentment, anger, hostility, neurosis. But I'm not. Maybe it's because my memories aren't of tirades and drunken fits but of how much I loved a great, silly, fun, bighearted man. The truth is that I had a better relationship with him than many of my friends did with their sober fathers. Would I trade that to have him back? Of course. Still, I look back at that time with fondness and appreciation rather than with pain and regret.

Dad told stories with flair and style, highball in one hand, cigarette in the other, sitting on one end of the couch, with me perched at the other end, saucer-eyed and rapt. Dad had been a scholarship student at Cornell, and was still sharp, even after a string of whiskey-and-Sprites, on the rocks.

As I got older, around 9, we would talk about history, politics and sports. He never condescended to me -- and I paid him back with attention and devotion. He would tell me stories about Hannibal leading the elephants over the mountains, or about Franco Harris and the Immaculate Reception. (He was a die-hard Steelers fan.) He explained what E = MC2 meant, and he talked about Gene Krupa while playing air drums on my head.

He would rent classic films like "Gunga Din" and "Rear Window," pointing out the important scenes to me. He would quote lines from the movies over the next week, booming them out at me ("Thorwald!") when I entered the room.

All was not rosy, of course. Dad was frequently out of work. A labor relations manager, he suffered from the layoffs of the '80s. As far as I know, he never drank on the job, but I can only assume that his drinking did little to help his performance or ambition.

So between jobs, Dad stayed home and Mom went to work. If Dad went somewhere, I went somewhere -- lunch at greasy spoons, hours at the library while he searched for work, matinees of whatever was playing -- "Mississippi Burning" to "Octopussy."

One day, during one of our adventures, we heard a commercial for a local real estate agent on the car radio. The ad featured a persistent female agent named "Chris" who made a series of phone calls to her clients, culminating in a call announcing the sale of their house.

For the next week, Dad left a different sticky note on the front door each day for me to find when I returned home from school. The notes always contained some cryptic yet perky stalking reference -- "I can see you through the spy satellite," for instance -- and they would invariably be signed "Chris."

He loved nicknames. I was at different times the Ol' B-S-er, short, he said, for beloved son, not bullshitter. I was also the "perpetually poverty stricken youth" for my inability to manage my allowance and my tendency to hit him up for more. Dad was a soft touch. Was it because he felt that doing little things would make up for his unemployment or his drinking? Maybe. Did I care when I was 10? Not if it kept me in comic books.

As I said, Dad had a penchant for late-night grocery store runs. I'm sure that on many of those nights, I would have been the better driver, even though I couldn't even reach the pedals. But all I knew was that if I went along, I would probably get to pick what kind of doughnuts we would get.

Whenever we went out after he had been drinking, Dad would always rinse with mouthwash before we left. It was years later that I realized that he did this to cover the liquor on his breath rather than from some fidelity to oral hygiene.

As I got older, I started to resent his drinking more, mostly because I started to understand the impact it had on the rest of my family. Maybe if he hadn't died so early in my life, I wouldn't be able to look back so fondly.

I realize that I could be in deep denial or some kind of posthumous enabler. If so, I don't want to come out of it. I can't dwell on what might have been or how things could have been different. All I know is what I experienced, and that was a damn fine time.

God I miss him.

Paul J. Williams is a freelance writer and editor in Florida.