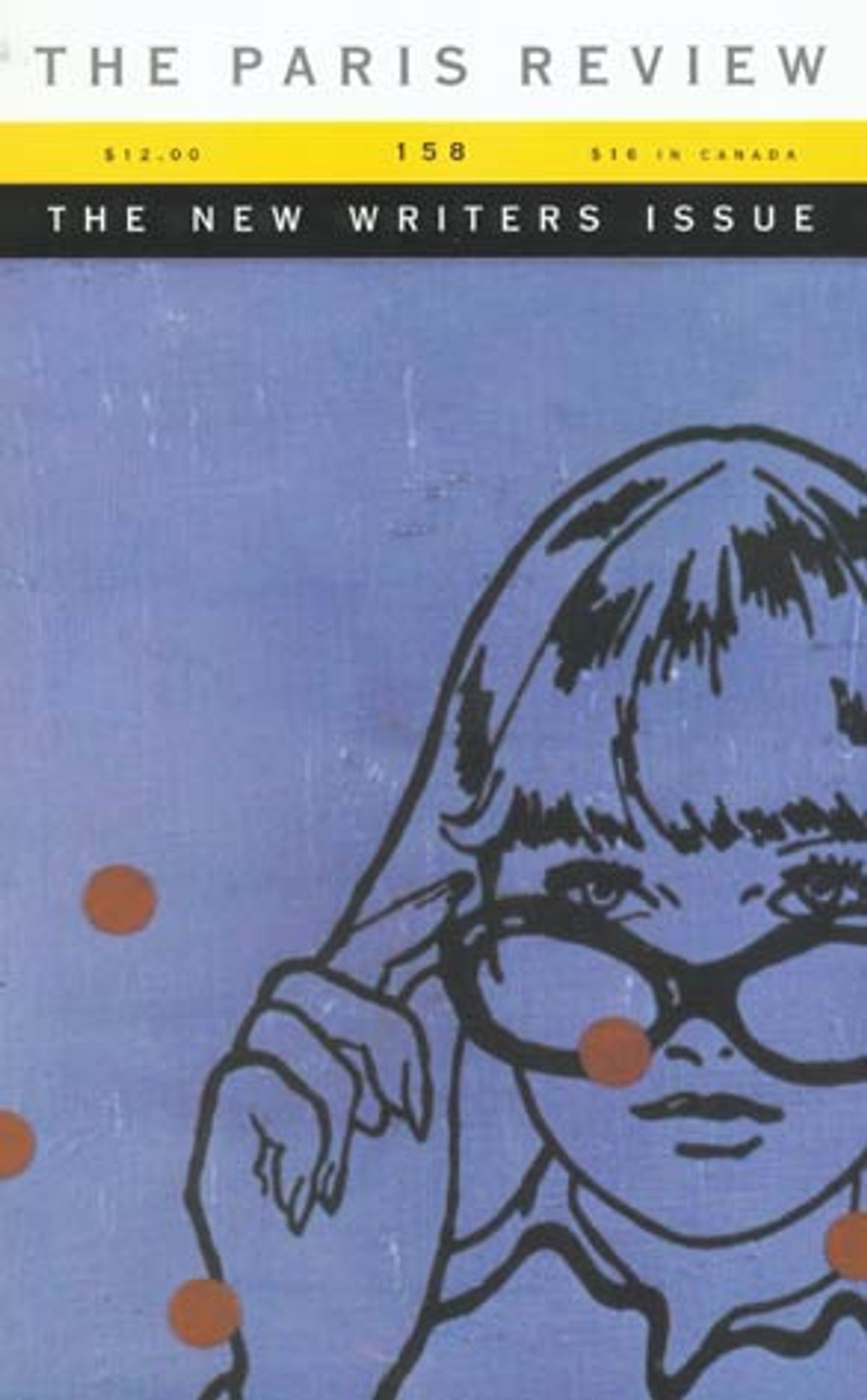 In honor of the New Writers Issue, the Paris Review invited six writers to record their work for Salon Audio. This is the first of two parts, featuring three young poets.

Nicole Krauss has contributed poems to Doubletake, Ploughshares, PN Review and others. Her first novel will be published next year. She reads her poems "Valparaiso" and "The Idea of Helen." For a text version of these poems click here.

Patricia Ferrell's poems have appeared in Denver Quarterly and Western Humanities Review. She lives and works in New York. She reads her poem "My Institutionals." For a text version of the poem click here.

Monica Ferrell is a 2001 "Discovery"/the Nation winner. Her poems have appeared in the Boston Review and Western Humanities Review. She reads her poems "Arachene," "Persephone," "The Prisoner of the Golden Cage" and "Des Esseintes' Last Book." For a text version of these poems click here.