What if the damsel in distress had a cellphone or Romeo had a pager? Modern gizmos make plotting a nightmare for writers. 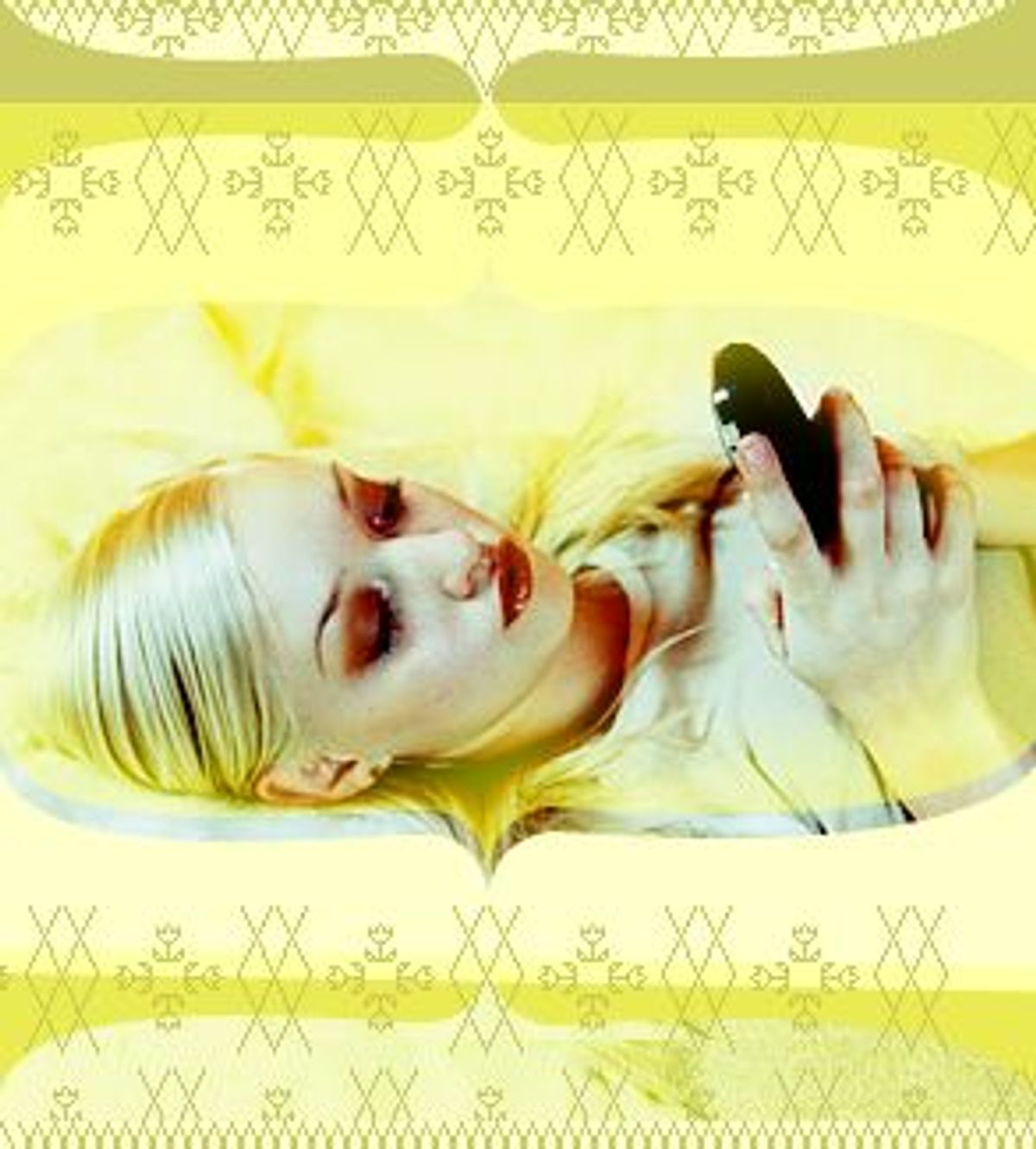 "Dorothy hurried down the deserted city street, clutching her purse like a talisman. For the last 10 blocks, someone had been trailing her, and now she was beginning to panic. At this late hour, all the buildings had shut like concrete mausoleums. And she knew that if she yelled for the police, the only response would be a dim echo of her own voice, reverberating in the gray canyon."

A wrong turn at the last traffic light has led Dorothy into an urban moonscape where anything could happen. The suspense grows when she finds the streetlights smashed on the next block. Eventually, she manages to reach the safety of an all-night Korean grocery store, where the owner lets her telephone the cops.

At least, that's how my author friend wanted the scene to play out. But when he gave it to his wife to read, her reaction was almost scornful: "Why didn't she just call for help on her cellphone?"

"Your wife's got a point," I told him. "If Dorothy's using a Palm Pilot in Chapter 3, she'd also be packing a cute little Motorola or something." What I didn't tell him was that I'd recently faced a similar problem in my own novel: One of my characters was a busy executive who, for plotting purposes, needed to be incommunicado at a luxury resort in Mexico. But of course not, I realized after I rigged up the situation. These days, he'd be checking e-mail every day.

As David Gates noted in a recent essay for Book Forum, even novels written a few years ago may now seem dated when it comes to small details of everyday life. But the situation is direr than that. Baldly put: Today's technology is wreaking havoc on the old-fashioned methods of building plot complications.

A 90-year-old woman collapses in her apartment -- but not before notifying the hospital by pressing the button on her medical-alert bracelet. (And the operation goes fine because the neophyte surgeon is able to simulate the procedure first with sensory-feedback gloves.) The car battery in the Toyota Camry doesn't die when Mona leaves the lights on overnight because they automatically shut off in that model. Despite being away from all his books, Dwight manages to look up the information he needs online. Trouble? Hell, you can't even lose someone in the woods if they have a GPS (global positioning system). And yet, if you're writing about contemporary life, you almost have to include all this technology, or the story doesn't feel real.

Obstacles to communication and travel set up some of the most common types of conflict in fictional narratives. Get rid of them, and the occasion for either comedy or tragedy can vanish as well. If Romeo had left his pager on, what a disaster might have been averted for both him and Juliet! He would have called in for messages, found out about Juliet's trick of feigning death in the tomb with a trance-inducing drug and -- voil`! -- no double suicide. In that case, Shakespeare would have had to resort to some other unfortunate hitch: The tomb might be a dead zone for reception or Romeo could accidentally delete the crucial voice mail from Friar Laurence.

Would Chaucer's pilgrims bound for Canterbury ever have started telling tales to while away the journey if they'd had books on tape?

What's a self-respecting author to do? Well, for starters, he can set his novel in the dim past, before the invention of, say, automobiles. That way, a buggy takes two weeks to arrive in El Paso, Texas, and a lot of adventures can happen en route. Larry McMurtry's westerns, for instance, are set mostly in the late 19th century. Not only does that make good historical sense, but also no one can carp that Gus McCrae in "Lonesome Dove" should just climb into his pickup truck and save himself a lot of time in reaching his destination. If the era must be present day, an old-fashioned setting or character can be chosen: a Tibetan village where electricity is a spotty affair, or a confirmed Luddite who refuses to use an answering machine.

An author can also take the technological breakdown route: The Fiat develops an ignition problem in the middle of Guyana, or the cellphone falls into a bucket of bilge water aboard the sailboat. For that matter, nothing is more satisfying than watching a smug, technologically advanced character try to cope in the middle of a cultural backwater. What happens when you can't dial or type or fly your way out of a dilemma?

The classic setup often involves a desert island scenario, from the castaway in Defoe's "Robinson Crusoe" to Tom Hanks in "Cast Away." It helps if the stranded individuals arrive on the deserted island with nothing but a few shreds of clothing and maybe a pair of glasses. The glasses can later be used as a lens to start a fire, as in William Golding's "Lord of the Flies," because creating your own technology is clever, as opposed to relying on, say, a pack of magnesium flares. In place of technology, sheer know-how and resourcefulness delight readers -- just look at the recent success of "The Worst-Case Scenario Survival Handbook," which describes how you can escape from quicksand with the aid of a stout pole rather than a power winch.

Indeed, technology can't solve everything. Oddly, recent real-life events offer some instances where cutting-edge communication tools make a disaster all the more poignant. In Jon Krakauer's "Into Thin Air," an account of a doomed expedition up Mount Everest, a dying, frostbitten climber is beyond rescue but is able -- via satellite phone -- to have a final conversation with his wife back in New Zealand. She asks if he's warm, and he tries not to alarm her with the truth. "Sleep well, my sweetheart," he tells her before ringing off for the last time.

It's similarly gripping to read about Dr. Jerri Nielsen in "Ice Bound," trapped in Antarctica with spreading breast cancer: She can consult with physicians through video hookup to the mainland and even administer chemotherapy to herself, despite weather conditions that prevent an airlift rescue for months. Of course, any novelist who started on a story about such a dilemma today might wake up one morning, before the book was finished, to learn that someone had invented a teleportation device.

Nevertheless, fiction authors who don't write science fiction or historical novels have to rig up plausible scenarios based on the way we live now. Not surprisingly, computers have moved from accessories to key players in today's fiction. Many decades and a long silence after the publication of his modernist novel "Call It Sleep," Henry Roth embarked on a multivolume bildungsroman called "Mercy of a Rude Stream," in which the narration is regularly interrupted by a Roth-like character named Ira conversing with his computer, called Ecclesias: "Oh, the things that happen, Ecclesias," he types, "the things that happen, to me, to us." With its ever-receptive screen, the computer helps him regain his writer's voice -- and his past.

More recently, in "The Power Book," Jeanette Winterson developed a Scheherazade persona through a linked set of tales left on a computer. "It's night. I'm sitting at my screen," types the narrator in the opening, followed by a section entitled "OPEN HARD DRIVE." The computer has replaced that oldest of literary conceits, the muse.

The computer has also altered how literary characters communicate. Will e-mail reinvent the epistolary novel? In Sylvia Brownrigg's "The Metaphysical Touch," Emily Piper, aka Pi, is a Berkeley, Calif., philosophy graduate student who starts to explore the world of chat rooms, eventually linking up with a man known simply as JD. They type to each other about everything, from the Enlightenment to dogs, basking in that anonymous but terribly personal style that e-mail seems to encourage. In fact, they write with an eloquence and breadth all too rare in cyberspace.

Far more typical of e-mail's run-on style are the messages that Bill Chalmers and his son Alex exchange in Alan Lightman's new novel, "The Diagnosis," misspellings and all. Bill is also surrounded by cellphones, a voice-mail system ominously called Providential Services and other electronic props of the business world, but that's part of the problem -- and perhaps the reason that Bill is slowly losing his memory and connections to the world. Our inner space is being invaded, Lightman suggests, and the only sane response is to retreat. Of course, this is an old message, one that can be found not only posted on a BBS in cyberspace but probably also carved in cuneiform on clay tablets in ancient Sumeria.

And the scribe who did it was probably bemoaning how the invention of writing was messing up the oral tradition and his version of the epic of Gilgamesh. Now, if only Homer had owned a Dictaphone ...