Is homophobia in the black community fanning the flames of HIV infection among African-Americans, the hardest-hit population outside sub-Saharan Africa? 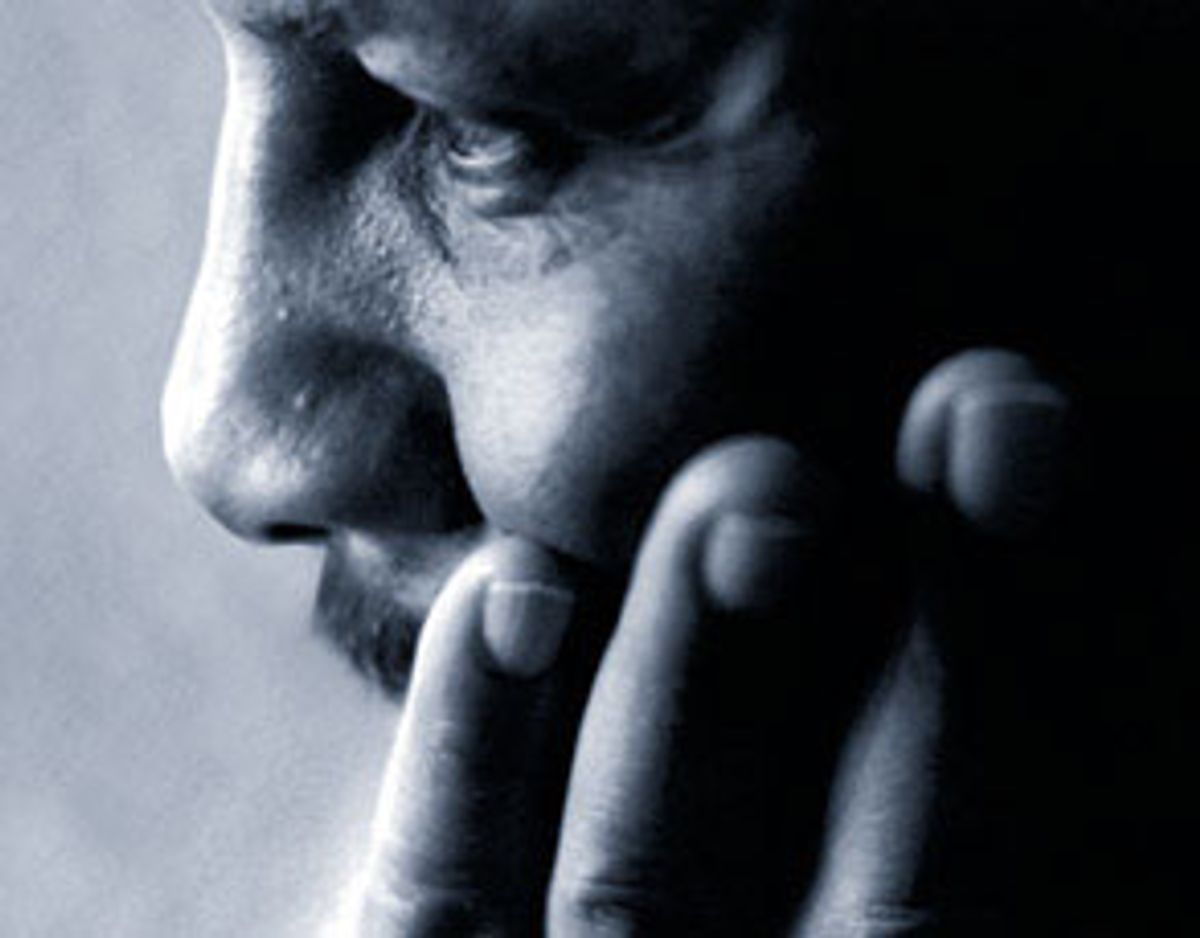 The numbers are especially bleak for black men who engage in gay sex, or, in the parlance of the CDC, "men who have sex with men." Though critics charge that the sample examined in the study was too small at 400 to yield accurate results, the numbers are still startling. Fourteen percent of all black men surveyed were HIV positive, with particularly high infection rates among the young. Thirty percent of those ages 23 to 29 were HIV positive, which is more than twice the rate for Hispanic men and more than four times the rate for white men of the same age.

According to activists and black leaders in Congress, the CDC deserves blame for failing to adequately fund grass-roots minority organizations that could more effectively warn about the dangers of unprotected sex than traditional organizations.

At a hearing co-sponsored by the Congressional Black Caucus last week, Rep. Maxine Waters, D-Calif., went so far as to blame what she characterized as white-led gay groups, which she claims unfairly received most of the approximately $250 million in federal funds that Congress designated last year to help fight AIDS in minority communities. "They're giving the money to the same people they've been giving it to all along," Waters said. "They still don't trust people in our community."

But others say there is plenty of blame to be found in the African-American community.

A relatively high number of black men identify themselves as heterosexual even though they have sex with other men, shunning labels such as "gay" or "bisexual." A CDC report issued last year showed that one-quarter of black men who were infected with HIV through sex with another man identified themselves as heterosexual, compared with just 6 percent of white men who were infected in the same manner.

There are numerous reasons why black men might choose not to identify themselves as gay or bisexual. "Your family may disown you, people in your neighborhood may taunt you," says Anthony Morris, executive director of AIDS in Minorities, an Alabama HIV education and treatment group. "An array of antagonisms will come from the community for men who self-identify as gay who are perceived as gay," he says.

David Bositis, a senior policy analyst at the Joint Center for Political Studies who charts demographic and political trends in black America, believes that the reticence about adopting a gay identity could stem from regional differences. The majority of African-Americans -- 60 percent -- live in Southern states, where gays experience relatively more bias, and an even greater number draw their cultural attitudes from that region.

Henry Louis Gates Jr., a professor of African-American studies and director of the W.E.B. Du Bois Institute for Afro-American Research at Harvard University, has written that hostility toward gays in black society developed historically from the politics of black empowerment. In his foreword to the essay collection "The Greatest Taboo: Homosexuality in Black Communities," Gates suggests that many civil rights leaders were angered by gay activists who equated homophobia with racism, explaining that "gays on the average seem privileged relative to blacks" and that attitudes hardened as the civil rights movement came to a close. "Disapproval of homosexuality has been a characteristic of much of the black-nationalist ideology that has reappeared in the aftermath of the civil rights era," Gates asserts, because many black nationalists equated homosexuality with "European decadence."

The evidence is shaky at best that federal funding of prevention and treatment programs for minorities is being widely misappropriated. The CDC, which distributed $60 million to the Minority Aids Initiative in 2000, requires that organizations show that 50 percent of their governing boards are members of racial minority groups in order to qualify for funding. And the CDC checks to make sure that minorities are well represented at the staff level as well.

Those checks are insufficient, counters Rep. Waters, who has demanded that the CDC investigate how much AIDS prevention money goes to previously ineligible groups that simply stack their board's membership with minorities to qualify for the federal funds. Carlos Velez, acting communications director at the National Minority AIDS Council, adds that while some AIDS prevention groups do seek out qualified black and Latino leaders, they aren't always representative of the local AIDS-affected minority community. "Many times, these are HIV-positive men of color who are highly educated and affluent, and identify more with the gay white establishment than some of the poor people in the neighborhoods that they serve," Velez says.

But when asked for examples of such organizations, Velez declines to offer any. Instead, he points to the Whitman-Walker Clinic, the oldest and largest AIDS service organization in Washington, as an example of a group with a rapidly shifting color composition in its leadership.

Whitman-Walker's executive director, Cornelius Baker, an HIV-positive African-American, says claims that his group doesn't have authentic black leadership or is insensitive to the concerns of minority members is unfair. "We serve people of all colors here," Baker says, noting that approximately 75 percent of the clinic's clientele is nonwhite.

The $162,000 Whitman-Walker received in Minority AIDS Initiative funds is only a fraction of its $25 million budget. And that figure could drop to zero in the next year as federal agencies tighten their minority representation requirements for distribution of the funds.

Those stricter requirements upset leaders of larger gay health groups that serve blacks and other ethnic communities. Marty Algaze, communications chief for New York's Gay Men's Health Crisis, says groups like his -- which has a $20 million annual budget -- are falsely portrayed as being stuck in the past. "There's still the perception that we are a gay, white, male organization because that's who we were 20 years ago. We have changed as the epidemic has changed," he says. He estimates that the group's clientele is now more than 60 percent nonwhite. Gay Men's Health Crisis counts on the federal government to provide 30 percent of its budget, but none of the money comes from funds specifically targeted for blacks or Hispanics.

Still, many black activists believe that groups that cater primarily to the black community -- as opposed to all gays -- can do a better job of providing information about AIDS. And they think that the dearth of "indigenous voices" helps explain the recent spike in HIV infection rates among blacks.

Elliot Johnson, an African-American who directed AIDS services for Los Angeles in the mid-'90s before serving briefly as the executive director of Whitman-Walker, believes that minority groups need to learn about AIDS from their own members. "Each community has defined itself -- its language, its rhythm, it customs -- and people in that community identify with that," Johnson says. "If the message is incompatible with those elements, then it gets lost, even though the intent of the message is good."

LaJoyce Brookshire, spokeswoman for the National Black Leadership Commission on AIDS, concurs. She believes that traditional AIDS service organizations rooted in the white community just can't communicate as well with African-Americans. "Nobody can reach our people like our people," says Brookshire.

Ironically, it's the tightknit community that statements like "our people" imply that could prove to be the biggest obstacle. Some believe that homophobia within the black community is a bigger problem than lack of sufficient funding for AIDS prevention programs.

The black community, says Algaze, is often the place were gay black men -- and all "men who have sex with men," for that matter -- are least comfortable with their sexuality. Algaze contends that many of those affected by AIDS prefer to go to traditional gay groups for services because they feel their privacy is better protected. "It's a safe haven for everybody," Algaze says of the Gay Men's Health Crisis center in Manhattan's Chelsea district. Algaze says that the location in the largely gay neighborhood is preferred by minorities because the center is full of strangers. "They don't want to be seen going into an HIV service center in their own neighborhood because then their friends and neighbors can see them," Algaze says.

Velez confirms this phenomenon, saying that it presents a Catch-22 for minority-run organizations that seek to provide HIV/AIDS services. "There's still so much stigma attached to going into a facility for people with AIDS or HIV, even just to get information," says Velez. "People say that they want the centers in their neighborhoods, but when you put the centers in the communities, no one shows up."

Regarding that stigma, some African-American AIDS activists assert that gay black men suffer from a form of double discrimination -- racism from whites and homophobia from African-Americans -- that discourages them from seeking out services and protecting themselves from HIV. That's the opinion of Ron Simmons, executive director of Us Helping Us, an organization based in Washington that aims to educate the black community about HIV prevention and to help HIV-positive blacks become more active participants in exploring their treatment options.

"In this culture, it's hell," Simmons says of being gay and African-American. He believes that while blacks facing racism get support from the minority community, those facing homophobia are left on their own. "If you're discriminated against or beaten up by a police officer because you're black, the community supports you," Simmons says. "If someone beats you up because you're gay, you don't get that kind of support."

Simmons notes that this doesn't mean that African-Americans are any more homophobic than other groups, just that the brand of homophobia that exists in the black community discourages open communication about issues of sexuality and HIV/AIDS. He says that the black community tacitly accepts gay black men as long as they are not open about their sexual identity in mixed company. "It's as if people say, 'I'm not dealing with you as a homosexual. That gay thing will not be talked about because that's wrong, because that's a sin.'"