She killed her kids, but we must forgive her

Like Andrea Yates, I suffered from postpartum depression -- and it taught me just how flimsy this thing we call sanity is. 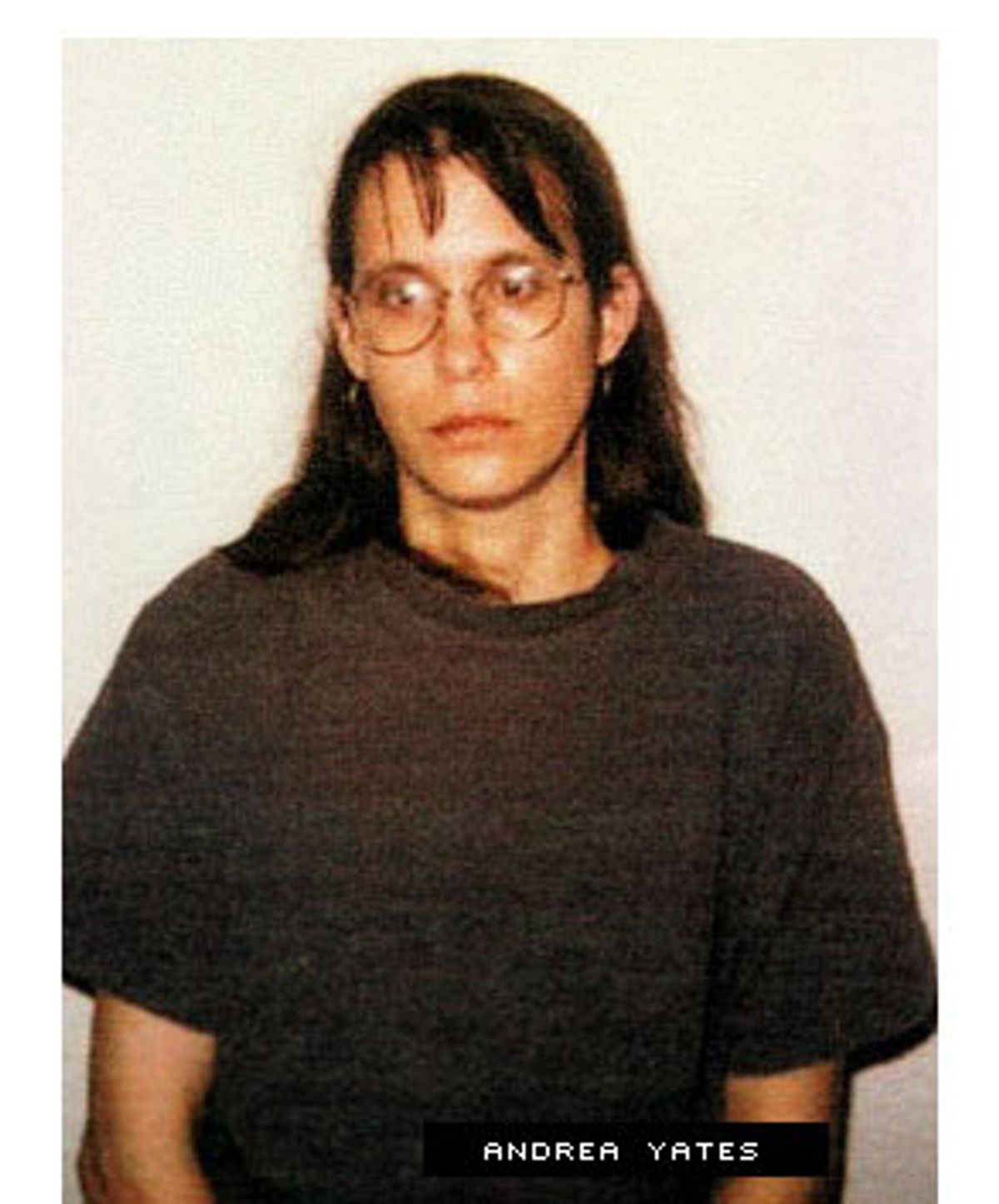 I don't know Andrea Yates, the Houston woman who confessed Wednesday that she'd drowned her five kids, but I think I know a little bit about her mental state. Five years ago, I suffered from a nasty case of postpartum depression after the birth of my second child. This is different from postpartum psychosis, which Yates most likely has, but only by degrees. I didn't hear voices or speak in tongues or plan to kill my baby. I didn't have a psychotic break, where a demon possessed my mind and made me do the unthinkable.

But I did feel my mind slip, watched it diminish like a tissue soaked in water until some days there didn't seem to be much solidity left. But the part that remained, the part that watched from above like a near-death victim having an out-of-body experience, realized how flimsy this thing we call sanity is.

If I could get this bad, I remember thinking, so bad that I can't sleep and I can't stop obsessing and horrible thoughts enter my head, then maybe I can get even worse. Maybe the horrible thoughts will turn into horrible acts, I thought on my worst day. Because if I could think that, who's to say that tomorrow my brain won't be so deteriorated that I'll do that?

Then I shut the oven off and put the baby in his swing and sat in a chair hugging my knees until my husband came home. Because I was blessed. The thing that went wrong with my brain was completely curable. I took some medicine and steadily got better. The shameful, terrifying thoughts that proved to me just how evil the mind can be, and just how little control we have over what comes in and out of it, went away. I slept again. I thought in a straight line again. I never hurt anybody. That oven thing was just a stray thought -- a freaking terrifying one -- but just a thought. Miles away from action.

Andrea Yates wasn't blessed. Well, maybe she was the first time she had postpartum depression, after the birth of her fourth child, and the drugs worked. And again when she tried to kill herself and someone or something pulled her back to the living. But on Monday morning, when her fragile brain imploded into a billion splinters, she'd run out of blessings. And she did the worst thing any mother can do: She killed her beloved babies. Her brain betrayed her in the most horrific way possible. It turned her into someone else.

"The woman here is not the woman who killed my children," her husband, Russell, told the Associated Press as he looked at her photograph.

Ah, that husband. A saint if there ever was one. He also told the reporters that he wants to help his wife through the ordeal and that he loves her. I think that may be the shock talking and that when it comes down to it, he may not be able to forgive her enough to help her. But his heart is in the right place. He knows that his wife is sick. He knows she wouldn't have killed those kids if she could have helped herself. He probably knows that no matter what the legal system does to her, once she regains her sanity her life will be more miserable than anyone can imagine. And he understands something that most people reading about this tragedy cannot: It wasn't her fault.

I couldn't help getting a temporary mental illness. Neither can the other 400,000 American women who get postpartum depression each year. Or the schizophrenics of this world, or the manic-depressives or the borderlines or the psychotics. And the 1 percent of new mothers felled by postpartum psychosis certainly can't help it. They can't help it that their brain is diseased, just like I couldn't. They're just sick, sick people. People to be pitied.

I pity Andrea Yates. I hope she is treated, not imprisoned, as postpartum psychotic women in other countries are. She is a sick woman, not an evil monster.

She could have been me. Or you. Or your wife. She didn't want to kill her children. No sane person would.