"The Princess and the Warrior"

The director and the star of "Run Lola Run" return with a quieter story about bank robberies and psychiatric nurses that still pops with energy. 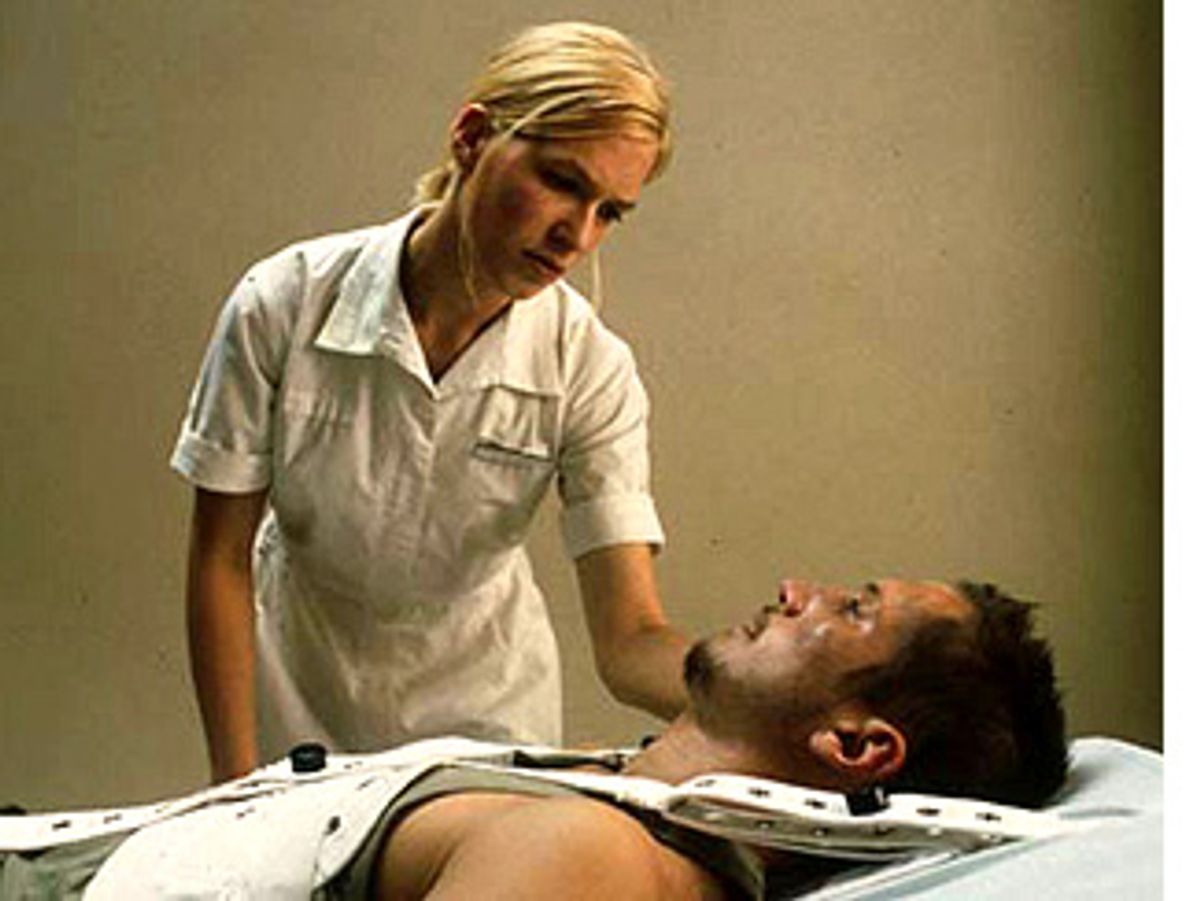 Tom Tykwer's "Run Lola Run," an adventure about a young woman on the run to save her boyfriend after a botched drug deal, was one of the most exhilarating pictures of the past decade. Tykwer's new picture, "The Princess and the Warrior," is a much quieter and much more attenuated movie, and at least part of the time, Tykwer makes the more relaxed pace work; he knows how to infuse even low-key, intimate sequences with a gently bristling energy.

But while "The Princess and the Warrior" proves that Tykwer's earlier picture wasn't a fluke -- he's a director who's damn sure of what he's doing -- it also exposes some of the problems he has to iron out before can fulfill the expectations he set up with "Run Lola Run." For one thing, Tykwer takes forever to wend his way through a fairly simple story. "The Princess and the Warrior" runs a little over two hours, and it would be much more satisfying if he tightened up some of the slack.

Tykwer distracts us from the story's essential elements, diminishing its power by throwing in needless multiple plot twists, some of them revolving around a bank robbery and a wardful of psychiatric patients running amok. "Run Lola Run" was so taut, boiled down to the raw necessities; "The Princess and the Warrior," sprawling and rambling, demands much more patience of us, and gives less back in return.

Sissi (Franka Potente, who also played Lola) is a nurse at a psychiatric hospital. She's as fond of her motley gang of patients as they are of her. Her quiet life essentially revolves around them, and she means the world to some of them -- their obsessions aren't exactly healthy, but then, this is a psychiatric hospital. One day Sissi's life is saved by a stranger, Bodo (Benno Fürmann), who seemingly appears out of nowhere to help her, only to then disappear. She becomes obsessed with finding Bodo, a troubled fellow with a violent streak who's haunted by a tragedy in his past.

Fürmann is a bit of a recessive actor playing a recessive character, and that's a tough combination. He's not allowed much release until his last moments in the movie, and until then, it's difficult to muster as much sympathy for the character as you think you should have.

Potente, though, is always a riveting presence, almost in defiance of the movie's wobbliness. Direct and intense -- as she was in both "Lola" and the more recent "Blow" -- she's becoming one of the most fascinating, elusive actresses of this era. It may sound like a contradiction to call an actress direct and elusive, but Potente is a mysterious blend of both. Watching her character's eyes, you can't always tell what she's thinking or feeling. Her look is penetrating, searching, but not always revelatory. But the key here is that Potente is never remote. Sissi can't show us what she's feeling because she hasn't quite figured it out herself; Potente draws us in close enough to make us feel we're working it out along with her.

"The Princess and the Warrior" seems promising in its first third, only to end up shambling too aimlessly in the last. But as flawed as this picture is, there's one sequence in it that has already burrowed deep in my memory, and of everything in the movie, it's the one element that convinces me that Tykwer has it in him to one day make a truly great picture. It's a moment that blends brutality and beauty, and heroism and eroticism, in a way that I've never seen in the movies before. I don't think my describing this sequence will come anywhere close to diminishing its power for moviegoers, but if you'd rather be 100 percent surprised, you might not want to read any further.

As Sissi lies pinned beneath the truck that has hit her, we hear the breath leaking out of her: Tykwer turns the sound up high so that her labored breathing is all we can hear -- it's a quiet that's close to deafening. A man whom we've seen but don't yet have a handle on, Bodo, slides under the truck to hide from some men who are pursuing him. When he realizes what's happening to Sissi, he acts with tenderness and urgency -- the same qualities that so often come to bear in lovemaking -- cutting a small hole in her throat with a penknife, allowing her to breathe, and removing the blood that's choking her by sucking it out himself.

The scene, which I could bring myself to watch with only one eye, is tense and gently paced at once. The sound of Sissi's blood gurgling through the straw that Bodo uses to perform this emergency tracheotomy encompassed a flood of feelings that I still can't quite untangle: wonder and awe at the slow, dreamy stillness that surrounds the saving of this life (the scene is as far from "ER" as you can get); the unsettling realization that Bodo, by taking the blood of a stranger into his own mouth, is endangering his own life. It's the kind of sequence that melts away the space between the viewer and the movie screen.

Sissi is finally rescued and rushed to the hospital, but she clings to Bodo's hand the whole time; when he finally slips away from her, she's left clinging to the button she's torn from his jacket in her last effort to keep him near. Sissi feels the whole world in that button, and Tykwer makes us feel it too. He'll make a great movie someday. I'm hanging on to that button until he does.