The foot, the lies, the yellow-haired lady: Komo the Komodo tells his side of the story.

By As told to King Kaufman 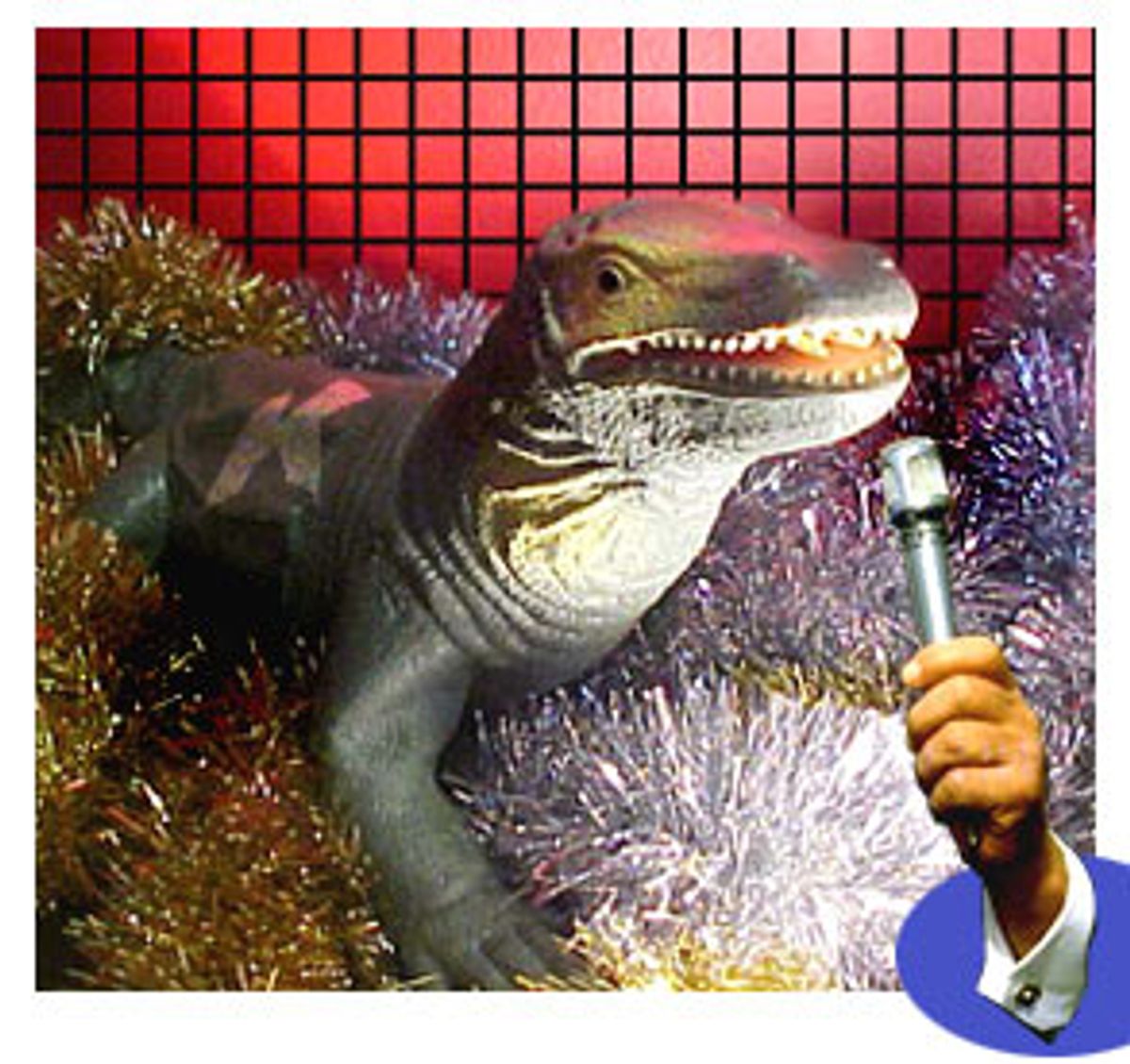 First I apologize for my English. It's not my first language. I am from Indonesia, island of Komodo. I am the dragon that bite the man. I don't mean to hurt nobody really. But I'm a Komodo dragon. This is what we do. I get hungry.

I've always been fascinated by people. I always talk about it. Komo always happy to see people, and Komo was very glad to see the man come into the cage. The man Jay comes into my cage sometimes but I don't try to eat him. Here in the zoo we have a saying: Don't eat the man that feeds you.

They feed me rats, you know. I can eat 80 percent of my body weight at a sitting, man. You know how many rats that is? A hundred pounds of rats, mister man. Rats, rats, rats. Same old same old, you know? I see this big guy come in here and I'm thinking, Now Komo get some real grub for a change! Plus not so much hair. You don't get so thirsty. Yes. Komo always fascinated by people.

So listen. The man tells lots of stories to the newspaper. The man Jay tells stories too. Komo tells his story now. I'm sorry for English, people friends.

I don't want to call nobody a liar or nothing. This is just what I know. But one thing I'm tired of hearing about is how I mistake this guy's foot for a white rat. Komo didn't make no mistake. I don't see so good maybe, but I flick my tongue out I can smell this bum from three miles away. Komo knows what the fuck he doing.

So the man takes his shoes and socks off and he walking around in there in my house. The man Jay is in there too. I tell you something. I don't want to offend nobody, but people smell bad to Komo. People don't smell like a food. Komo like a nice deer. That's some good eating! The man don't smell like that, but you know I get hungry. I didn't ask this guy to come into my house at lunchtime. Now there's a lady with yellow hair outside and she's taking pictures. She tells the man to move around to other side. This Komo's bad side. This is L.A., you know. Lady should know better. So now Komo a little steamed. Komo bite the man.

The man says in the newspaper he pried my jaws open. He don't pry nothing open. I kick the man's ass he come back in here again. I rip his belly open. I tell him, "You think you're pretty smart but Komo been evolving since the late Carboniferous period. How about you, pal?" The man so smart he would have rolled around in Komo's poo like the baby dragons do. Then I don't try to eat him.

Nobody pries Komo's jaws open. I let that sucker go. Komo don't need to hang on. Komodo dragon bites his prey and then waits for it to crawl off and die. They get infections from our teeth. Dragon eats the carrion, see. Komo follow animal through the grass till they give out. But this man, he don't go through the grass. He goes to the Cedars-Sinai.

So Komo goes too. I sit in the waiting room, read a magazine. I look at restaurant guide. Komo really hungry now. I ask at desk, "How man doing?" Nobody wants to talk to Komo. I get tired of waiting.

One thing, though. For Komodo dragons, socialization happen at the feeding site, and mating too. Now I'm in that waiting room and the yellow hair lady there too. She starting to look pretty good to Komo all of a sudden. Komo really want to insert one of his hemipenes into her cloaca, but Komo can't find. I decide to go. I make "call me" sign at side of my head with front foot as I'm leaving. She rolls her eyes like ladies do, but then I catch her smile a little at Komo. Maybe she call sometime.

So that's Komo's story. Sorry for the English. I speak other languages better.

Let the man tell the newspaper about how he pried my jaws apart and got away. He knows what really happened. All Komo want to say is when I bite his foot, it taste like chicken.


As told to King Kaufman

MORE FROM As told to King Kaufman