Milosevic goes to The Hague 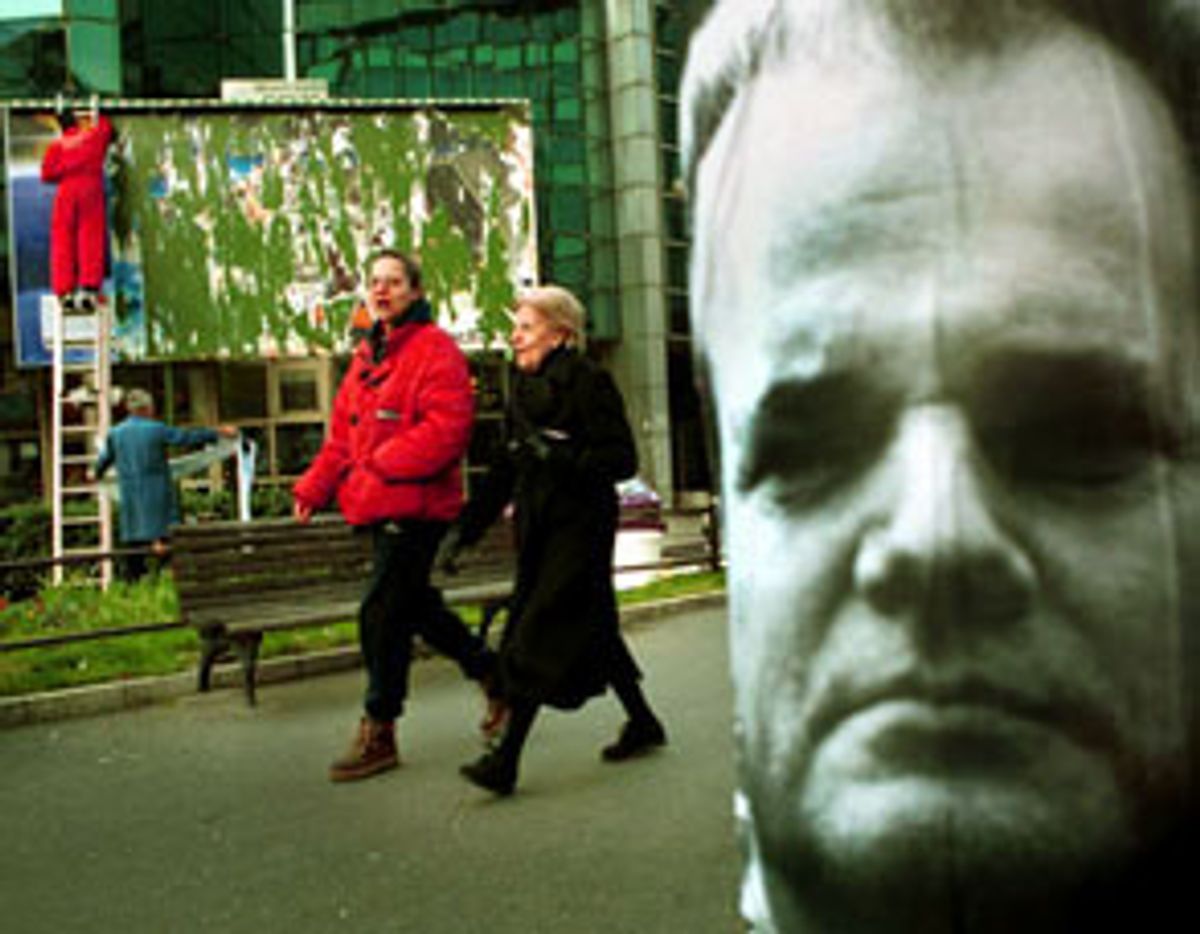 His policies of mass killing and expulsions brought the term "ethnic cleansing" into the modern lexicon of war; but in the end, Slobodan Milosevic, the charismatic former leader of Yugoslavia, has been handed over by his fellow Serbs to face charges of war crimes.

Unannounced until the operation was already well underway, Serbian authorities turned over custody of Milosevic to investigators from the International War Crimes Tribunal in The Hague on Thursday. Milosevic has been held in Belgrade's Central Prison since April 1 when he was arrested on local charges ranging from corruption to abuse of his authority. By nightfall Thursday, Milosevic was reported to have been transported on a British Royal Air transport plane to The Hague, where he faces charges of crimes against humanity. Those charges stem from events in Kosovo in 1998-1999, which include his alleged ordering of the killing of several hundred people and the expulsion of over 700,000.

The extradition is not uncontroversial here -- some Serbs strongly believe it would be best for the country for their former leader to be tried in Belgrade. But in a sign of how much has changed since Milosevic fell from power nine months ago, polls show a majority of Serbs now support the move.

One person who is not among them is Yugoslav President Vojislav Kostunica, whose landslide victory in elections led to demonstrations that toppled Milosevic last year. Representing what was at one time an almost universal Serbian opinion, Kostunica had criticized the tribunal, insisting it was biased against Serbs, and that Serbia should be allowed to try Milosevic at home.

But Kostunica's dissent was pushed aside by his political rival, Serbian Prime Minister Zoran Djindjic. In fact, Kostunica said today that he only learned about the extradition on TV.

Djindjic and his Serbian government overwhelmingly supported turning Milosevic over, in large part because there is over $1 billion in desperately needed international loans resting on that condition. Washington had threatened to boycott a donors conference for Yugoslavia scheduled for Friday unless Belgrade cooperated with the tribunal.

Over the past few weeks, Serbs have been shocked by revelations of mass graves being found in and around Belgrade that contain as many as 1,000 bodies of Kosovar Albanians. Serbia's new police minister Dusan Mihailovic has said that police files and witnesses indicate that Milosevic ordered the removal of hundreds, possibly thousands of bodies from Kosovo, by freezer truck, fearing that international discovery of the bodies could tie him to war crimes.

Serbia's local press has moved into overdrive, reporting the tales of witnesses being ordered to drive freezer trucks full of corpses from Kosovo to cites around Serbia. According to one such story, the driver was ordered to drive to a lead smelting plant in Bor, where bodies were reportedly incinerated by special army units. Another freezer truckload of bodies and body parts was discovered at the bottom of a lake. Earlier this month mass graves were found on the property of security force bases around Belgrade's airport.

It seems increasingly clear that those "revelations" were carefully stage managed by Serbia's new reformist leaders, who wanted to push Serbian public opinion in favor of Milosevic's handover. It's a tactic that seems to have worked.

"I am happy they sent him to The Hague," said Goran, a hotel manager in Belgrade. "Because he sent me to fight in the war in Kosovo for 87 days. The military police told me if I didn't want to go to Kosovo, I could spend six years in jail."

"I don't want to spend another minute of my life thinking about him," said First Mladen Kosanovic, an information technology engineer in Belgrade. "I don't have any opinion."

A crowd of 1,000 hardline Milosevic supporters gathered in downtown Belgrade to protest the extradition. But while their anger was clear, their numbers were dwarfed by the hundreds of thousands of people who took to the streets in October to demand Milosevic step down.

The extradition comes on a Serbian holiday, Vidovdan, on which the Turks in Kosovo defeated Serb forces in 1389, and on which Milosevic vowed to a crowd of Kosovo Serbs in 1989 that "[t]hey will not dare beat you again." Milosevic's repressive policies in Kosovo and his appeal to Serbian nationalism helped unleash nationalist movements that led to the violent breakup of Yugoslavia.

In The Hague, Milosevic can expect a more comfortable cell than the one he has sat in Belgrade for the past three months. "He will have a coffee maker, television, newspapers in a language of his choice, and access to constant legal advice once his trial is underway," said Jim Lansdale, a spokesman for the war crimes tribunal.

Human rights advocates say they hope Milosevic will not be lonely there. "The surrender of Milosevic creates a positive momentum for the arrest and surrender of other indictees," said Richard Dicker of Human Rights Watch in New York. Dicker urged NATO troops in Bosnia and Herzegovina to arrest all indictees still at large in that country, including Bosnian Serb wartime leaders Radovan Karadzic, and General Ratko Mladic.

Late Thursday, western diplomatic sources told the BBC that three other Bosnian war crimes suspects were arrested in Bosnia Thursday and sent to The Hague, but Karadzic and Mladic were not believed among them.

The trial of Milosevic promises to be one of the most remarkable since the Nuremberg trial. Milosevic is the first head of state to face international war crimes charges. It also could prove highly embarrassing to western governments and some diplomats, who negotiated and made deals with Milosevic at several points during the Bosnian, Croatian and Kosovo wars.