Who are you calling a corporate shill?

The founder of "Marketplace" says public radio is beholden to no one and more popular than ever. 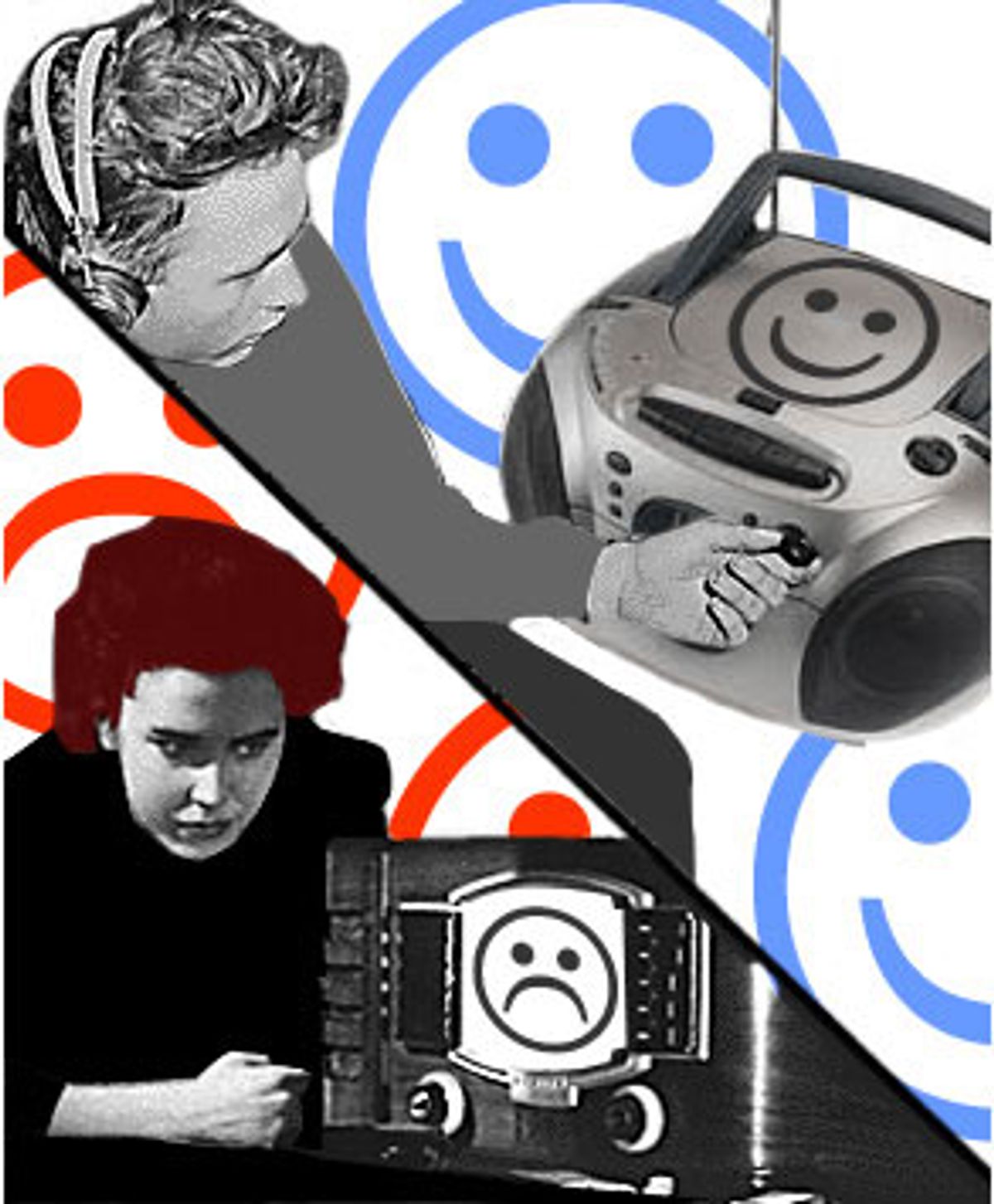 I am sick to death of prophets of doom proclaiming that public radio (or, as Lorenzo Milam dismisses it, "National Private Radio") has lost its soul.

This is the same kind of elitist baloney I have heard for years, and I feel sorry for the glass-half-empty crowd that has taken on the supposed spiritual demise of public radio.

The truth is that public radio is alive and very well, serving more than 22 million Americans every week, with programming ranging from alternative rock to bluegrass, from classical to Latin, from news and talk to world music.

Public radio programs "All Things Considered," "Morning Edition," "A Prairie Home Companion," "Car Talk," "Fresh Air" and "Marketplace" have become household words. Public radio's audience growth rate has been phenomenal, nearly doubling in the past decade. In the era of segmented and targeted audiences, there isn't a newspaper, magazine or broadcaster around that wouldn't kill to have the size and quality of the public radio audience. Indeed, public radio's only sin in the eyes of those who embrace the "failure is good for the soul" school of thought seems to be its success!

So, what's the problem? Well, it seems to stem from public radio's need to pay its bills. When the Carnegie Commission "invented" public broadcasting in the mid-1960s, it created a wonderful gift to the American people, but with one nearly fatal flaw: no mechanism to pay for this gift.

Federal financing, voted by Congress, has been unstable and subject to political battles. According to one report, annual federal funding for public broadcasting in the U.S. amounts to $1.18 per American -- compared with $31 in Canada and $38 in Japan. Given the politics of federal funding, thankfully it has represented a smaller and smaller part of station budgets, most of which consist of voluntary subscriptions by listeners. But still, fewer than 1 in 10 listeners actually subscribes. So this leaves a gap, and we still have to pay the bills for lights, transmitter power and staff.

It was actually in the 1980s when then President Reagan told us and other nonprofits to get out there and earn our own way. So we did. By and large, we sought support from foundations and corporations that wanted to demonstrate their public-spiritedness to our influential listeners. Most public broadcasters have been absolutely scrupulous about whom they accept money from, and very limited and prudent in what they say about them on the air. Assertions such as Lorenzo Milam's that we "don't mess with sponsors" or that we have turned public radio over to people who "have a distaste for controversy and challenge and complicated issues" simply don't hold water and do not coincide with reality.

At "Marketplace," we insist on continuing to cover our major underwriter, General Electric, as we do any other major American corporation. The only difference is that every time we cover a story about GE, we feel compelled to go the extra mile and remind listeners that GE is a funder. We don't tell people to run out and buy toasters or refrigerators. We don't mention prices of products on the air. We don't broadcast false or unprovable, undocumented assertions. We do comply with FCC and industry standards. We don't think anyone in our audience, the best-educated one in the entire country, is confused about our underwriters and their brief messages.

We do worry about our mission, and work to ensure that it is not threatened by creeping commercialism. I think all producers, programmers and listeners would say that there shouldn't be any commercial-sounding corporate underwriting if it were possible. But it isn't if we want public radio to survive, and if we want to broaden and diversify our funding base. So we jury-rig a system together, with some federal support, some state or local support, some listener support, some foundation support, some corporate support.

I once counted and was surprised that "Marketplace" had 21 different funders. (No corporate funder covers the entire budget; nor would we be comfortable relying on just one funder.) And a few years ago, "Marketplace" pointed the microphone at itself, hiring an independent producer reporting to an independent editorial board to look at commercialism in public radio, including our relationship with major funder GE. (You can hear the three-part series on the "Marketplace" Web site.) In that series, NPR anchorman Scott Simon summed up the dilemma, saying:


I frankly don't like to hear some of the funding credits I hear. Let's put it this way: I find them indistinguishable from ads. But I say this as someone who has a vested interest in getting them on the air, certainly. To provide the kind of programming hour after hour, excellent programming that we've provided for the past 15 years, takes a lot more money. And we have to figure out ways of raising it and for the moment this is the way we do it. And it's hardly a perfect system.

So, in the end, the bills have to be paid. Those who give you money have an agenda, a purpose and a mission. The real question is this: Do they value their association with public broadcasting enough to protect it? Do they value it enough to avoid trying to influence the editorial integrity of its programs?

The potential for conflict is always there with corporate, foundation and government funding. At the end of the day, the producer, the network and the stations have to stand on their own two feet. We have to know what is and what is not for sale.

Milam suggests that we were somehow purer in the early '70s when NPR began, and that now we've sold our souls in mainstream public radio. I was at NPR on Day 1. In those early days, we sometimes thought providing an "alternative" meant covering news nobody else did. Then an NPR official pointed out that "being better is also an alternative." I don't think it is necessary to fail in order to preserve and nourish one's soul.

In the past year, public radio has broadcast thousands of hours of extraordinary programming, including extensive in-depth coverage of Election 2000; The Execution Tapes; NPR's e-mails from Kosovo; American Radioworks, including Minnesota Public Radio's duPont-Columbia Gold Baton winner, Massacre at Cuska; Prison Diaries; The Forgotten Fourteen Million, an exploration of youth poverty in America, winner of a Robert F. Kennedy Journalism Award; Latino USA's The Betrayal of Sister Dianna Ortiz, and Marketplace's Peabody Award-winning On the Road in Cuba, Missouri.

Public radio is a big success in America, one that needs more public support and more corporate and foundation backing. It does not bother me in the slightest if businesses want to improve their image by associating themselves with good works and public radio's fond place in Americans' hearts and minds. I welcome them with open arms and a crystal-clear idea of what they and we can and cannot say and do to acknowledge their support.

So, we have a choice. If you're a loyal listener, you have to ask yourself: "Do I listen because there are no commercials or because of the excellence of the programming?" Either we Americans can start paying, spontaneously and realistically, for high-quality broadcasting. Or we must tolerate the occasional pledge drive and messages pronouncing corporate citizenship.

Because I no longer believe in the tooth fairy, but I do demand excellence in broadcasting, I think the choice is absolutely clear. So do 1,870,000 members nationwide. They and 20 million other listeners are the "public" in public radio.