Behind the story of the missing intern -- and the congressman she had an affair with -- is a team of public relations experts spoon-feeding us the front page spectacle one scoop at a time. 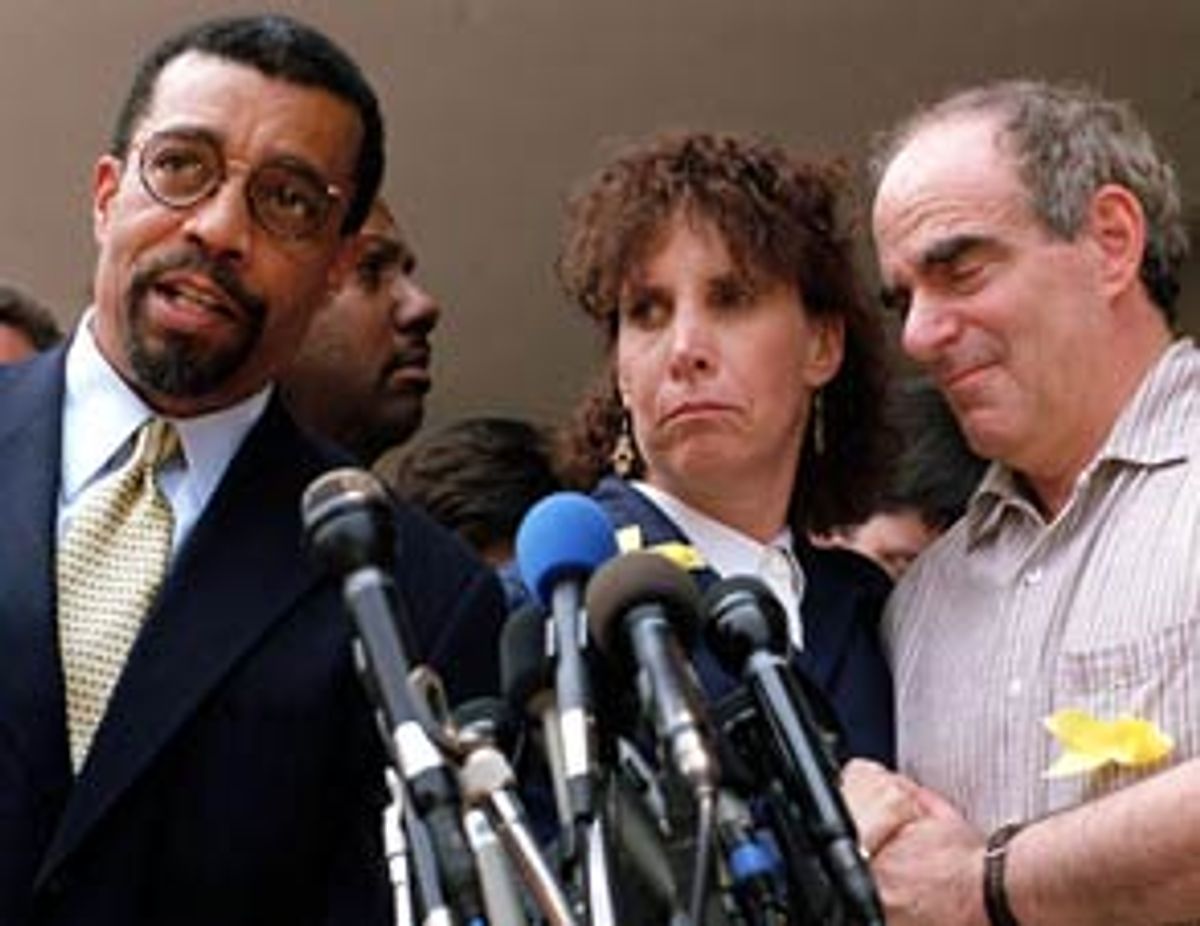 While many are familiar with the story of Chandra Levy, the ex-Bureau of Prisons intern who went missing two months ago, few know much about who is producing the story behind the story: the public relations professionals from both the Levy and Condit camps who've been spinning, dictating the release of information, and even shaping the pace and course of the police investigation.

Almost from the moment of Chandra Levy's disappearance, the Levy family got assistance from the Sund/Carrington Foundation, an organization founded in memory of Carole Sund, Julie Sund and Silvina Pelosso, who were abducted in March 1999. The group helps gain publicity for the families and loved ones of missing persons; it helped organize the Levys' first trip to Washington in May and helped them garner a splash of media attention with early appearances on "Good Morning America," Fox News and other nationally televised programs.

While it's easy to question the motives of families willing to expose themselves to the media glare in moments of anguish or embarrassment, that's a difficult attitude to sustain toward the Levys, since in the unique circumstances of a missing persons investigation every ounce of publicity increases the chance that someone, somewhere may find out about the case and provide a clue that solves the mystery of what happened to their daughter. Time, after all, is of the essence.

But since the middle of June, the public relations orchestration of the case has grown apace -- both in scope and organization. Soon after the Levys hired Washington attorney Billy Martin (who once represented Monica Lewinsky's mother and became one of Monica's closest legal advisors), Martin hired the marquee D.C. public relations firm Porter Novelli to organize the Levy family's public campaign to find their daughter. That was on June 18. Since then, the main strategy has been to muscle Gary Condit into admitting to an affair with Levy with an escalating campaign of leaks to the press.

As any savvy public relations operation would do, the Levy team at Porter Novelli hasn't released all its juicy tidbits at once. It's doled them out day by day, slowly ratcheting up the pressure on Condit, and ensuring that the media won't lose its taste for the story.

"Ever since [the Levy family] worked with the Sund/Carrington Foundation," says CNN national correspondent Bob Franken, who's been covering the story, "it's been highly coordinated. Now they've got a media savvy lawyer, Billy Martin. And a media savvy public relations firm, Porter Novelli. They're actively promoting the idea that this story deserves a special kind of attention. And it's a newspaper strategy. They go right to the papers of record, knowing that television will follow."

Franken points to the press coverage of Linda Zamsky as a particular Porter-Novelli coup. Zamsky, Chandra Levy's aunt, gave a July 6 interview with the Washington Post that copiously detailed Chandra's relationship with Rep. Condit. It was likely the final straw that forced Condit to 'fess up to D.C. police about the affair last Friday night.

Reporters covering the case had actually been talking to Zamsky for weeks. In fact, you had probably already heard of her. Zamsky was the unidentified source -- described as a Levy relative, but not one of her parents -- whose conversations with Chandra about the affair the media had been reporting on for weeks. But Zamsky only went on the record when the Levy team decided it was time to lower the boom, thus making Condit's continued denials all but impossible.

It also was no accident that Zamsky gave her story to a print outlet rather than a TV network. As Franken notes, the Levy team at Porter Novelli has largely been pursuing a print strategy. But there was more to it in this particular instance. The Levy P.R. team decided that Zamsky might not come off very well in the unpredictable conditions of a TV interview, according to several sources close to the situation. So they made sure she spoke to the print press only and let the TV networks make do with stock footage of her tending her garden.

"Some people are not as ready for TV as others," says CNN's Franken, and Zamsky was considered "not as TV ready."

The media game being played by the Levy team at Porter Novelli and now by the Condit team of Abbe Lowell and Marina Ein is exactly the sort of finely calibrated, one-dollop-at-a-time press operation one expects to find from the White House or a congressional leadership office. In fact, the Levy account at Porter Novelli is being handled by Mike Frisby, who covered the Clinton White House for the Wall Street Journal; Lorraine Voles, Al Gore's former White House communications director; and Chuck Greener, a one-time communications director for the Republican National Committee.

There's really nothing new or striking about the Levys' Washington media operation -- only that it's the sort of D.C. operation we expect to find working for a politician, not an aggrieved family searching for answers about their missing daughter.

We've apparently reached the point where even media feeding frenzies and family tragedy can't make do without deft professional management. Condit himself clearly came to realize this: One of the major reasons for Condit's feckless management of the story over the last month, according to press sources, is that Condit himself was acting as the impresario of his own media operation. And he was clearly in over his head. Now that he has brought on board Lowell and Ein, his camp's rejoinders to the ever-escalating barrage of press stories at least have the virtue of not being transparently inane and ridiculous.

But is there really anything so bad about the Levy camp's high-octane manipulation of the Chandra story? Frisby has no apologies. "The family is very frustrated by what they see as deception, deception that has probably hampered the investigation," he said Monday afternoon. "I think the media has done a fantastic job. They kept up the pressure to tell the truth. And they've made sure the issue stays in the public eye."

Perhaps Frisby doesn't have such a bad point. Is there any doubt that Gary Condit would still be withholding from the police the truth about his affair with Levy were it not for the intense media pressure egged on by the Levys' flacks at Porter Novelli?

Of course, how important a development that is depends largely, though not entirely, on whether you think the relationship had some connection to Levy's disappearance. The Levy team is understandably circumspect on that question and at least professedly agnostic. But the direction of their media campaign, directed as much at D.C.'s Metropolitan Police Department as at Condit, leaves little to the imagination.

The Levys' dollop of the day delivered to the Washington Post Monday? Make Condit take a lie detector test!