The thrill is gone

Twenty-five years of marriage have extinguished my husband's ardor. And that breaks my heart. 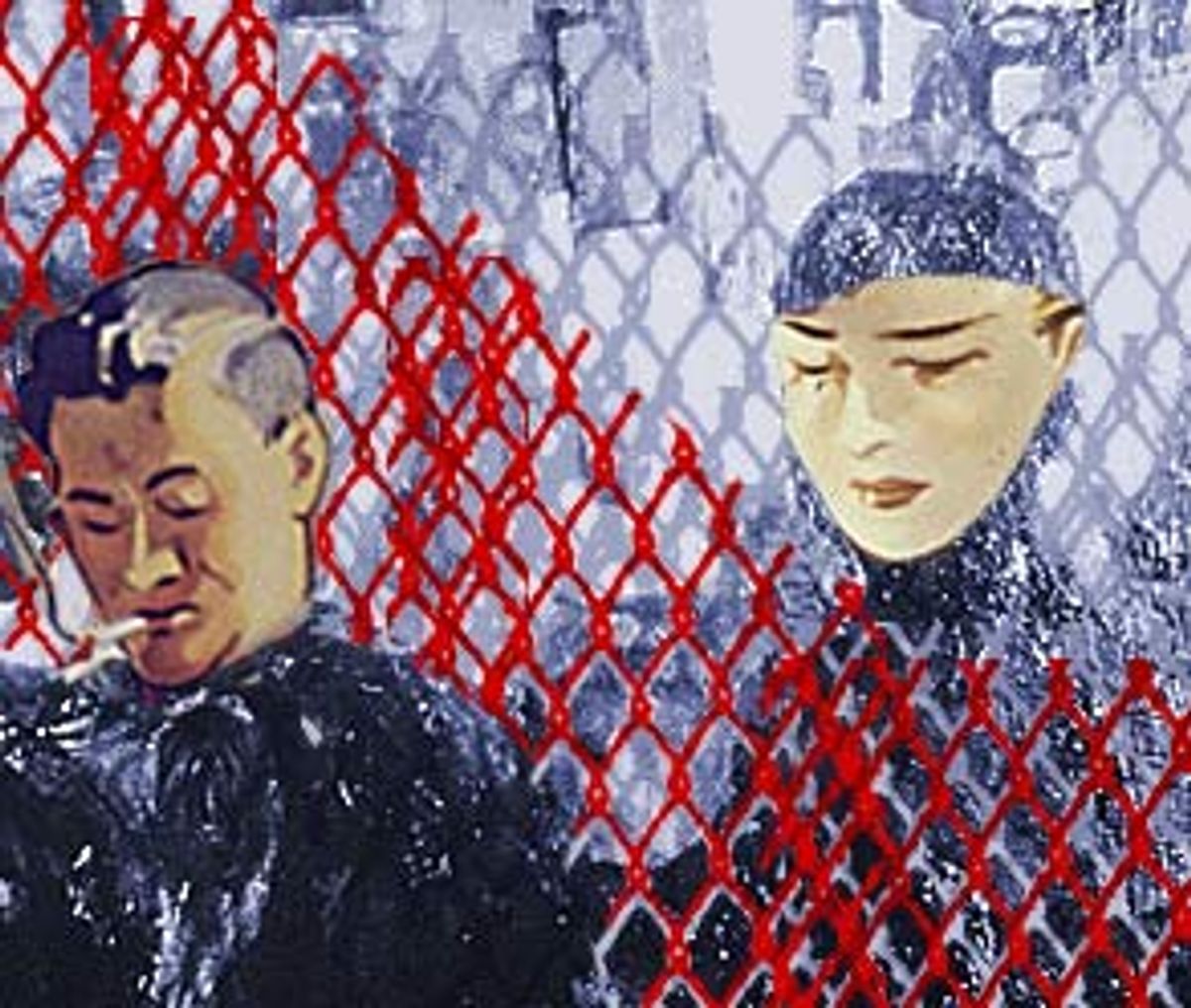 "I don't want to have sex with you," my husband said with the brutal frankness with which he operates in the world. "Our sex is so boring."

It's true, I suppose. After 25 years we know what works, and in the rush of life it's easy to do what you know is reliable. The difference between us is that I see nothing wrong with "reliable," but to my husband reliable is simply boring.

The problems that instantly loom before us have me flinching -- more so than the brutal words. My husband, at 50, is still an extremely attractive man -- naturally slim, not balding at all and still confident that he can charm women. His strong sexuality and desire for other women have been open subjects in our long relationship. From what other men tell me, my husband is like most men. But unlike many, he has always been open about his impulse to sleep with every attractive woman he meets. Being open is difficult, but perhaps because he's open he hasn't actually pursued a lot of sex outside of our marriage.

Unlike many women, I could not turn a blind eye to that. We've had an extremely honest and articulate relationship, which also means a tempestuous and infinitely stretched relationship over years of child rearing and making a decent life together. But somehow we've never broken to the point of irreparable. Again and again, when we've been so far from each other that we've both privately thought, "This is it," we've turned back toward each other.

Five years ago, my husband had an affair with a much younger woman that lasted more than a year. At the time I thought I would never get past the raw pain I felt. I thought, too, that it would always be a menacing thing between us. But it isn't. I survived -- perhaps that should read we survived -- and for me that affair no longer has meaning. He's still in touch with the woman by e-mail, and my main response is curiosity about her life.

But once was enough. I couldn't go through that again. And I don't think I should. Which is where the central dilemma of our marriage -- and, I think, a million other marriages -- lies.

Unlike my husband, I don't want to have sex with every attractive man I meet. Sometimes I meet a man who makes me feel 16 again and weak in the knees with that incomparable first rush of lust. But I am content to flirt, to laugh, to enjoy the moments of mutual sexual charm. The edge between us is enough; I don't want to pursue it further.

I've wondered what this means for years. Does it mean I have a low degree of sexuality? Am I afraid of sex? Am I just temperamentally loyal? Or does it simply mean that I fell very deeply in love with my husband and really have never wanted another man?

I'd like to believe that last reason because, despite the emphasis this century has placed on sex as our driving force, there are both men and women on the planet who, for whatever reasons, live sexually continent lives. They are fastidious about their moral boundaries.

Lately I think my attitude toward other men has something to do with sheer willpower and pride in keeping a marriage afloat in a world that is constantly fragmenting around me. "Pride" may seem like an odd word to use about keeping a marriage together, but it's an accurate word. Marriage is one of the trickiest things, and certainly the most difficult long-term thing, that I'll ever do in my life. There is something to be said for hanging in there even when each day seems like a slog.

I'm not a romantic. We fall in love for ephemeral and unknowable reasons. What I hold onto is the fact that I loved my husband passionately from the moment I saw him. (I was romantic then.) And now he is the father of the children I love more passionately than I could have believed possible. Between us we have built houses and gardens. We've made a complex and bracing life. A life that is never boring.

Sex, though, has always been a huge issue. His memory of 25 years of sex is always wanting more, of never getting enough. My memory is of his constant complaint and constant falsifying of how little -- or how much -- sex we had. However much it was, it was never the sex he wanted. Or thought he wanted.

The sex he wanted was the sex he used to have as a young and single man -- inventive, with a wide variety of partners and fueled by alcohol and pot. It's the heady casual sex people have when they're young. Then you find someone you fall in love with for longer than a week, you grow up a bit, you have to work for a living, you settle with one person and you start having a family and all that recedes into a dream. And sex becomes mundane.

The irony of that wild young sex, though, is that you are always looking for the "one," the one with whom you can withdraw from the world and with whom sex will never be mundane. In my husband's imagination, the sex of those youthful years symbolized youth itself. So the yearning he has for sex is a yearning for youth, a yearning for another chance, for something else, the eternal something else that is never actually definable.

So what do you do? If sex is the most important thing, then obviously somebody might stray, and few marriages can really stand the pressure of that. Or if sex isn't central in the marriage and you value the partnership, you try hard to accommodate each other so that it will not disintegrate. Call it "love" if you like, but it has more to do with fighting steadfastly on the same side for something that is as precious as it is precarious.

We're difficult people in many ways: We both have absorbing professions that sometimes leave us seeing each other briefly each day, and we spend weeks apart working around the country. We don't even have a lot in common: My world is artistic and his is scientific. But because we are independent people, this is the sort of marriage that suits us.

But in the face of my husband's words, our sort of marriage seems to be falling apart. And this time I don't feel I have the resolution to buckle on my armor and descend into that dark pain.

So what is the alternative? If we separate now, after all this mutual history, after all this hard effort, we will be free of the problems that consume us, but we will be exchanging one set of problems for another. Of course, I could do what women in the past have done to stay married: have sex as work, become sex workers at home. Or I could allow a stranger to do the job and look away. Neither option makes me feel very good about myself or my husband. Then again, my husband said he didn't want to have sex with me anymore: How much worse could I feel?

Clea MacAllister is a pseudonym for a journalist currently working in Australia.