Something cheesy in the state of Wisconsin

The state Supreme Court gives women a victory over deadbeat dads -- but at the cost of endangering reproductive rights. 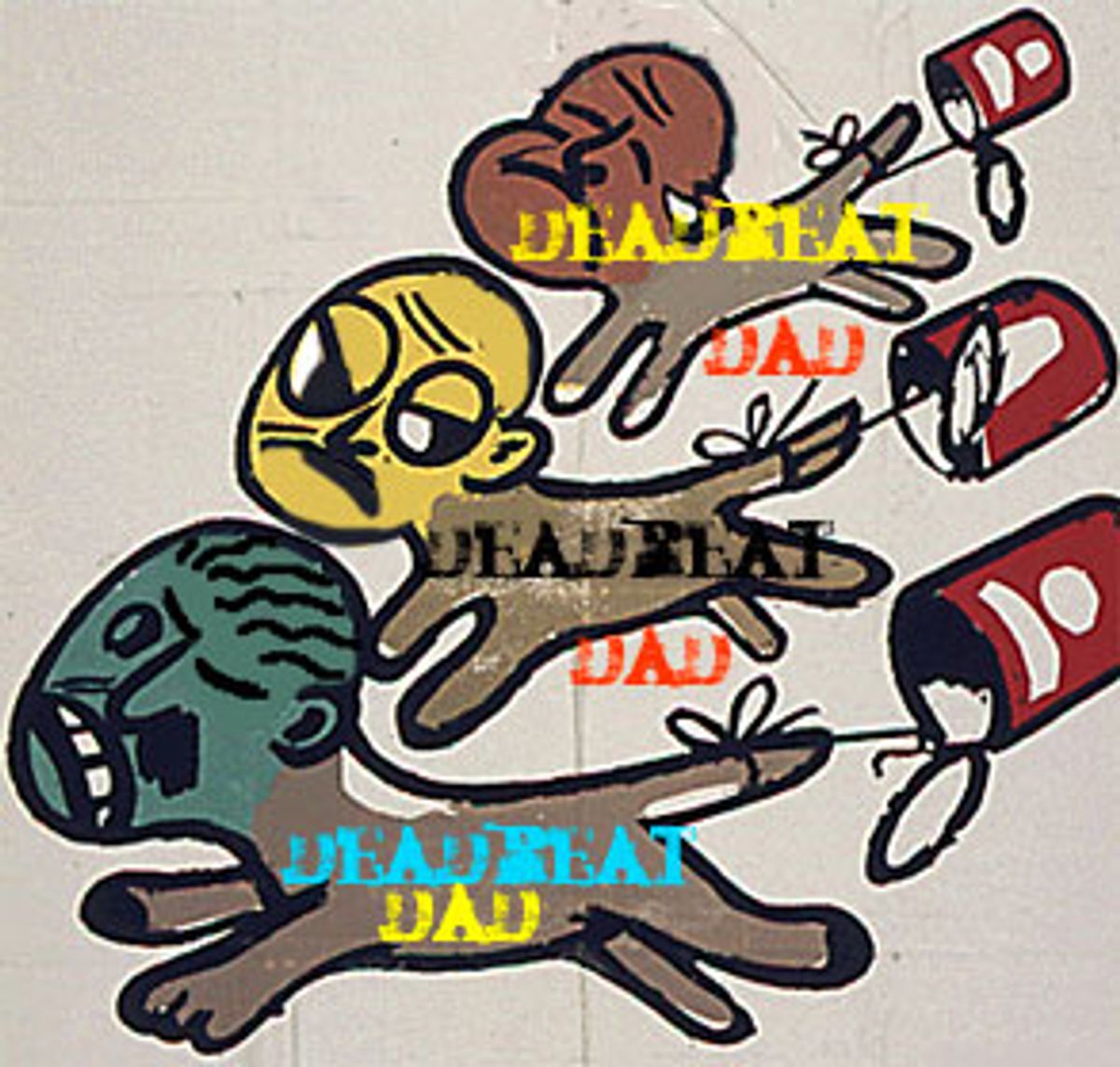 It has been hard enough to be a pacifist in the midst of the much-hyped Mommy Wars. Now that a new skirmish has erupted on a completely different front, it is tempting to head for the hills. In a ruling earlier this week, the Wisconsin Supreme Court ordered a "deadbeat dad" to stop having children until he produced evidence that he could support his kids -- creating a new and confusing political hostility between Americans who have typically been united in feminist battles. Suddenly, the issue of choice is about choices that no one wants to make.

The case, which involves a 34-year-old man who has nine children by four women and owes $25,000 in support, divided the Wisconsin court along gender lines. The four male justices weighed in with a slightly paternalistic opinion in which they agreed that to bar David Oakley from having more children is a reasonable way to force him to pay child support for the kids he already has. The three women on the court opposed the order, citing Oakley's constitutional right to procreate.

Oakley's lawyer, meanwhile, told the New York Times that he is mulling an appeal to the U.S. Supreme Court on the basis that the ruling could have a ruinous effect on reproductive rights, "specifically that a class of individuals will be limited to the number of children based upon financial resources."

Maybe it is not too surprising to hear that the men on the Wisconsin state court went for the "time-out," a concrete penalty for repeated displays of inappropriate behavior. Predictable, too, perhaps, is the staunch defense of basic reproductive rights by the women justices. What is troubling, or at least foreboding, is the enthusiastic support of the ruling by those who believe that the current means of enforcing child support are failing and that families who suffer at the mercy of deadbeat dads need all the help they can get. The decision also gets a resounding hurrah from proponents of a man's right to choose, who see the ruling as opening the door for them to demand that their pregnant partners get an abortion.

It is a safe bet that you are not going to find many people (and certainly very few feminists) who don't agree that deadbeat dads need to be taken down by any means necessary. At least it was a safe bet a few days ago. Now that the issue of reproductive responsibility has commingled with the issue of reproductive rights, it is a sticky place to go, a proverbial no-man's land where a woman suddenly must choose between her exclusive right to continue or terminate a pregnancy and her right to expect financial support if she chooses to give birth. Of course, the link the court has drawn between choice and child support also severely limits men's reproductive rights, such as they are.

There would appear to be haunting similarities between this politically charged dilemma and the fascinating maneuver of several weeks ago by the former Wisconsin (there is that state again) governor, now Health and Human Services Secretary Tommy Thompson, in which he suggested that states be allowed to define "an unborn child" as a person eligible for medical coverage under the Children's Health Insurance Program. By making this "magnanimous" gesture, he was able to deliver for antiabortion folks while seeming only to be concerned for the health of pregnant Americans.

It's a familiar splintering technique. How many pro-choice advocates are against full access to prenatal care for all women? Roughly none -- the same number of women who advocate choice but oppose the enforcement of child support laws. So is this brilliant (and embarrassing) or what? Divide and conquer!

Look at the success that has come from pitting working mothers against stay-at-home mothers in an impossible debate about which are the better parents. This particular cat fight (to which women have succumbed with disappointing ease) has effectively prevented these assorted child-bearers from joining forces to demand quality child care and compensation for the monumental task of mothering. Were one to go beyond the division of feminism into various "waves" and splinter the ranks of women even further, one might find it relatively easy to both ban abortion and establish financial and other social or economic barriers to the right to give birth.

It is entirely legitimate to expect that a person, man or woman, be prepared to defend their advocacy of human rights with knowledge, energy and fairness. But it is ludicrous to assume that a person's defense of constitutional rights and humane treatment of children should result in the arbitrary limitation of both.

Let us not be fooled. We owe it to ourselves -- men and women -- to reject attempts to herd us into artificially hostile camps. As always, our greatest challenges are about choice -- not just the preservation of choices that give us equal rights, but the prevention of legal or governmental attempts to narrow our choices out of existence.