Jackie Collins' latest, "Hollywood Wives: The New Generation," explores the secrets of the women in today's Hollywood: Their loves, their passions, their affairs and, most of all, their ruthless ambitions. 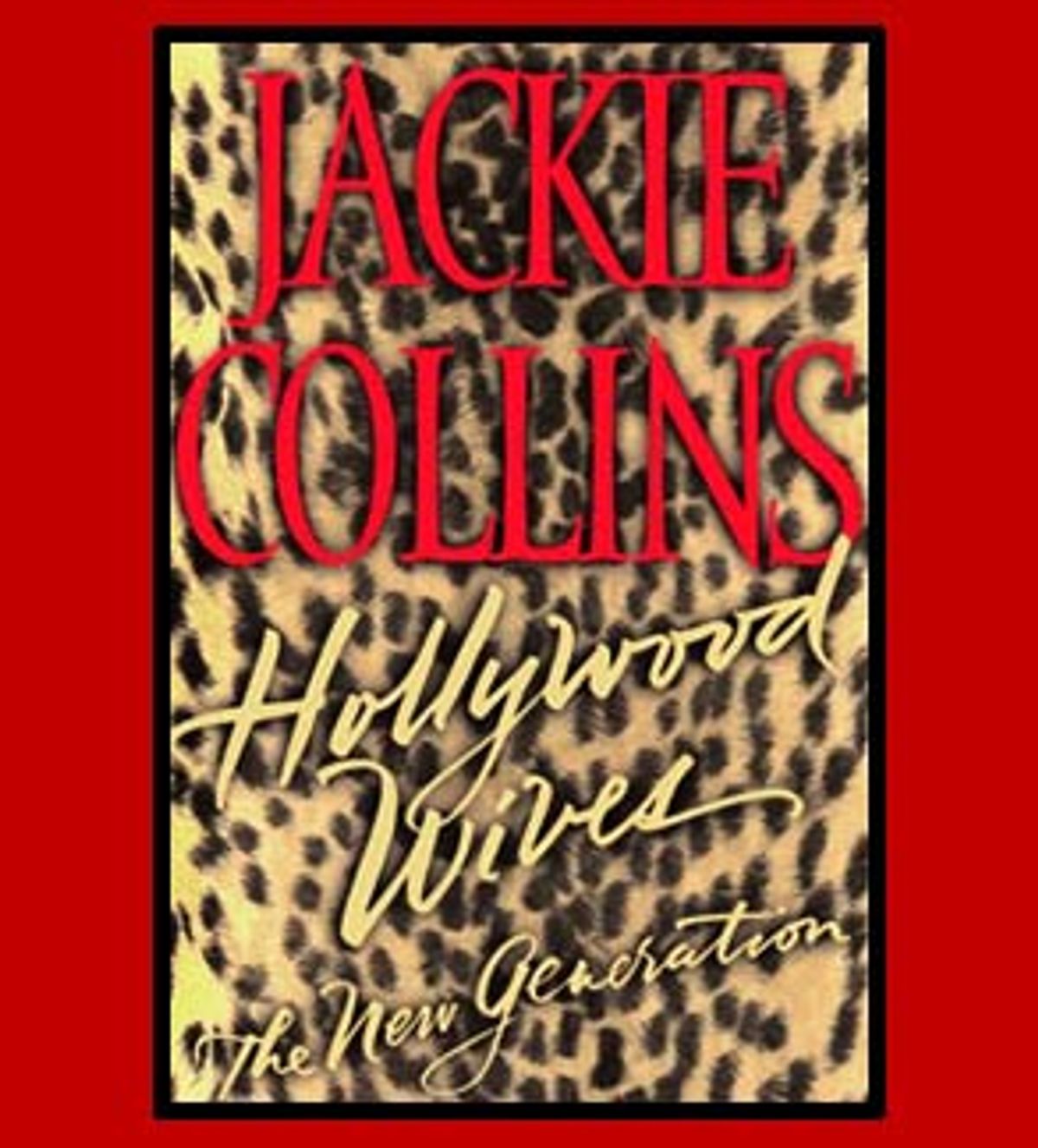 Unlike their counterparts in the '80s, who were happy to give charity dinners and exclusive parties to further their husbands' careers, today's Hollywood wives are hungry to create their own identities. These ladies are into achieving everything their famous husbands have and more, and will stop at nothing for a chance in the spotlight.

In "Hollywood Wives: The New Generation," you will meet Lissa Roman, mega movie and singing star, a 40-year-old platinum blond with attitude. Lissa is at the top of her game, until she begins to suspect that Gregg, her decade-younger fourth husband, is cheating.

And Nicci Stone, Lissa's wild, 19-year-old daughter. Nicci is engaged to hot filmmaker Evan Richter, but Nicci has a dilemma: Does she love Evan, or is Evan's bad-boy brother and partner, Brian, really the man she wants?

Similar problems occur in the lives of Taylor Singer, a sometime actress and would-be producer, and Stella Rossiter, a smart-mouthed blond and producing partner with her successful husband, Seth -- who just happens to be 30 years older than she.

Intruding on the privileged lives of this select group is Eric Vernon, a psychopath from out of town -- a man with kidnapping on his mind. And his intended victim is not just anybody.

As with the original "Hollywood Wives," a No. 1 New York Times bestseller and ABC miniseries (starring Anthony Hopkins and Candice Bergen), in "The New Generation" Jackie Collins views Hollywood and its inhabitants with an insider's eye.