Condit's team: Chandra was no angel

By suggesting the intern may have her own sordid past, the congressman's spinners shoot themselves in the foot -- again. 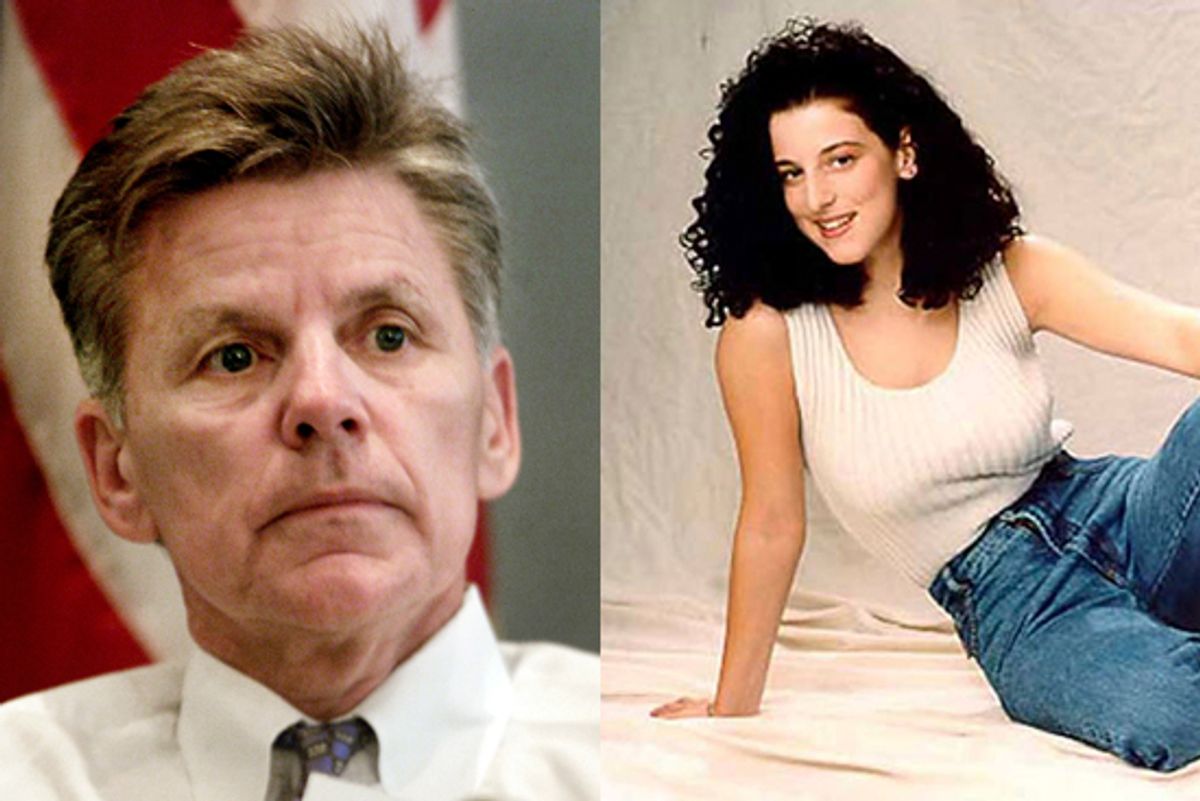 Dan Rather's reluctance to cover the Chandra Levy case may work in the CBS anchor's favor when it comes to landing a much-sought-after interview with Rep. Gary Condit, the paramour of the missing Washington D.C. intern. While other media outlets blanketed the airwaves with Levy-Condit coverage, the Rather-anchored "CBS Evening News" has aired only one story on the subject. Condit attends the House Agriculture Committee meeting at the U.S. Capitol in Washington in this July 17, 2001 file photo. HK (Â© Reuters Photographer / Reuters)
--

From the moment Chandra Levy went missing in early May, lawyers and spokesmen for Rep. Gary Condit, D-Calif., have often seemed more intent on sinking their boss deeper into hot water than helping him out of it. Monday was no exception. In an apparent effort to push the media focus off Condit, the congressman's spokeswoman, Marina Ein, is pointing reporters toward a resident of Levy's apartment building who, according to Newsweek, has four arrests for assault.

And she also speculated that Chandra Levy has her own sordid sexual history.

In a Monday afternoon interview with Salon, Ein implied that Levy has a history of frequent, casual sexual encounters that might in some way be tied to her disappearance. "What about the fact that Lisa DePaulo is working on this article for Talk magazine," Ein asked rhetorically, "and it turns out Chandra Levy has a history of one-night stands?"

What about it, indeed?

Ein's reference is to Talk magazine's article on Condit and Levy -- an article written by Talk's Lisa DePaulo and set for publication in early August. DePaulo, who has been at work on the article since the case's earliest days, declined to comment. But Talk Editorial Director Maer Roshan called Ein's remarks "an odd characterization. The story goes into both of their backgrounds. To reduce it to Chandra's one-night stands is both wrong and untrue." Another source familiar with the article also believed Ein mischaracterized its contents. "If there's anyone's background who's going to get talked about in the Talk article," says the source, "it's Gary Condit's."

A source close to the Levy family said of Ein's characterization: "That is absolutely not true."

Over recent weeks, Condit has had a series of what at first seemed like public relations coups wither away into disaster under the weight of media dissection and subsequent revelations. First came the threats of libel suits from Condit's lawyer in mid-June, when reports came out that Condit had told D.C. police that Levy had spent the night at his apartment. The threats seemed to still press curiosity -- until it was clear Condit was only disputing that he had ever made such a statement to D.C. police, and not that it actually had happened.

More recently, there was the D.C. police's apparent exoneration of Condit after his third interview on June 6, which Ein described as a "home run," to the shock of many observers. And then, just two days later, the police had ramped up their efforts to investigate Condit.

Ein's statement on Monday, calling into question Levy's character and sexual habits at the very moment the city's Metropolitan Police are scouring Washington's Rock Creek Park for her body, may be the most eyebrow-raising tactic yet from the Condit team. It's the kind of hardball ploy you'd expect to find in the heat of a political campaign -- but not in a missing-person case involving a politician who officially isn't a suspect.