European leadership yields a new agreement on the Kyoto Protocol, isolating the U.S. as the only holdout on global warming. 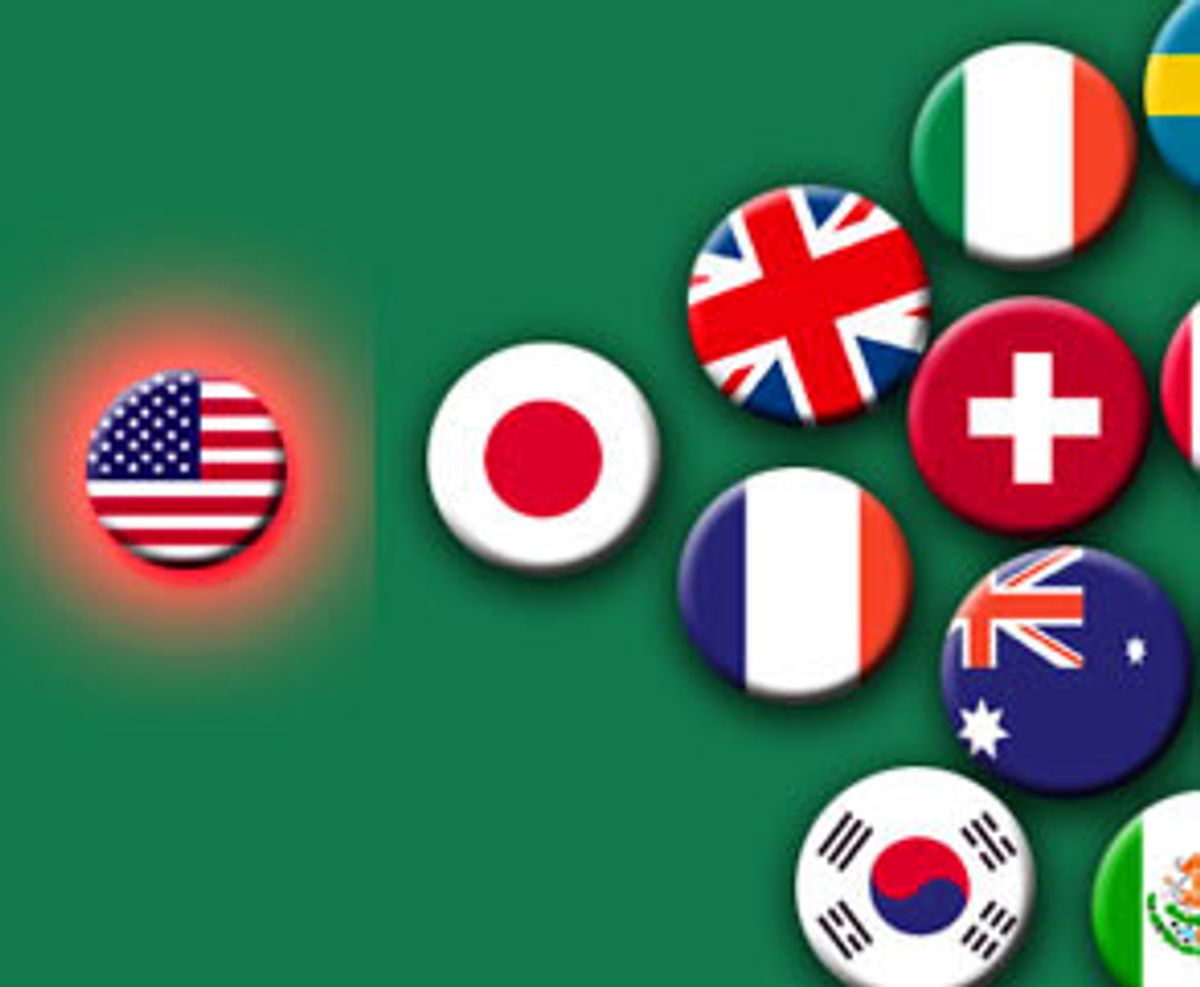 A funny thing happened at the end of the joint press conference held by U.S. President Bush and Russian President Putin Sunday in Genoa, Italy. Bush was so pleased about a potential breakthrough with Russia on missile defense, he was almost giddy. His answers were mostly relaxed and thoughtful. Then someone asked a question about global warming.

Bush blurted out an awkward joke, retreated into his familiar non sequiturs -- "I have a representative at the Bonn summit; I saw her on TV the other day" -- and curtly brought the press conference to a close, seeming a little too eager to escape follow-up questions on this difficult issue.

But Bush cannot escape the issue of global warming, as Monday's surprising news out of Bonn, Germany, demonstrated. Despite widespread predictions of failure, negotiators were able to pound out an agreement on a watered-down version of the Kyoto Protocol, paving the way for ratification next year.

Bush may indeed choose to stand by his March rejection of the protocol, as he repeatedly vowed in recent days. But he faces a bleak new set of political costs to pay if he sticks with that decision.

The most important benefit of the Bonn accord may be that all sides will have to move beyond their tired, old political assumptions on this issue. According to the Associated Press, Paula Dobriansky -- the U.S. representative Bush saw on TV -- was booed in Bonn when she insisted the Bush administration "will not abdicate our responsibility" to fight global warming. Yet despite the booing, the Bonn negotiators understand that the United States must be brought back into the Kyoto process -- and their job is to make that as easy and painless as possible.

The Bonn accords are a huge step in that direction. The practical result of the measures painstakingly cobbled together in marathon late-night talks was to turn Kyoto into a largely symbolic document, one unlikely to lead to any dramatic reduction in greenhouse-gas emissions. The original target for industrialized nations -- reducing those emissions by 5.2 percent from their 1990 levels -- always seemed unlikely. Now it is more so.

Post-Bonn, the Kyoto Protocol now gives countries wide latitude to count forests and other nature areas that absorb carbon dioxide toward their Kyoto obligations. That and other measures to dilute the impact of Kyoto had environmental groups claiming that greenhouse-gas reductions might be closer to 2 percent than 5.2. But that does not make Kyoto meaningless. It also makes it easier for the Bush administration to embrace the accord -- perhaps after waiting six months to a year.

The most important result of the Bonn accord may be that the U.S. has to give up its smug certainty that Europe can't act -- or even think -- decisively as a unit. Bush had every reason to believe the Europeans would dither and posture in Bonn, as they often have before, and he was steered in this direction by a Washington media too slow to see that much in Europe has changed. Even as accomplished a journalist as Gregg Easterbrook fell into the trap of letting irritation with the Europeans cloud his better judgment. Writing last week in the New Republic, Easterbrook asserted that Europeans "don't really want Kyoto" and went on to declare: "The real shame of the Bonn conference this week isn't that it's an empty exercise; it's that by continuing to focus on Kyoto the Europeans are making it impossible to implement a solution that could actually work."

But Bonn was not an empty exercise. And neither, it now seems, is the Kyoto Protocol. Even if it leads to little or no actual reduction over 1990 levels, it is still likely to result in limiting global increases in emissions -- and it stands as a potential monument to what international efforts can accomplish.

"It's a brilliant day for the environment," British Environment Minister Michael Meacher told Reuters on Monday. "It's a huge leap to have achieved a result on this very complex international negotiation. It's a huge relief."

Clearly the U.S. has failed to perceive the extent to which Bush's rejection of Kyoto united Europeans on this issue. Yes, Bush has the beginnings of a point when he says science falls short of explaining the measurable increase we are seeing in global temperatures, including oceans. Is the trend dire, or part of normal fluctuations? But as many in Europe and elsewhere keep pointing out, room for doubt does not seem to bother Bush much when it comes to his missile defense shield. The watered-down version of Kyoto fits fairly neatly with the international consensus that some action must be taken on global warming -- even if it is only preliminary -- because stepping up efforts later is much easier if action has already begun.

The Bonn talks also served as a sad postscript to the weekend's street fighting in Genoa for the G-8 talks. Unfair as it is for a small element of anarchists to grab attention away from the thousands of peaceful demonstrators, that is just what happened. The practical effect seems to be fewer such meetings in the future. The most powerful men in the world will hold more of their meetings in private, it appears. But street protest can up the ante on politicians, especially when it is carried out with decorum and honor, and that is what the thousands of environmentalists who converged on Bonn showed.

Besides the Bonn protesters, the chorus of voices urging Bush to rethink his position on Kyoto includes politicians like Sen. Jim Jeffords, I-Vt., and Sen. John McCain, R-Ariz., and the New York Times editorial page. But their cause looked hopeless so long as the Europeans were unable to keep Kyoto on track, with or without the United States. Now that they have salvaged the agreement, the stakes just got higher for Bush, and environmental politics has become as lively and unpredictable a form of international struggle to follow as any other.

"We have left environmental politics behind, so to speak," said Hermann Ott, head of climate policy at Germany's Wuppertal Institute for Climate, Environment and Energy. "Now we have only world politics, and power politics."