Coming out of the closet -- to be straight

I used to wonder why coming out as queer had never felt liberating to me. Now I know. 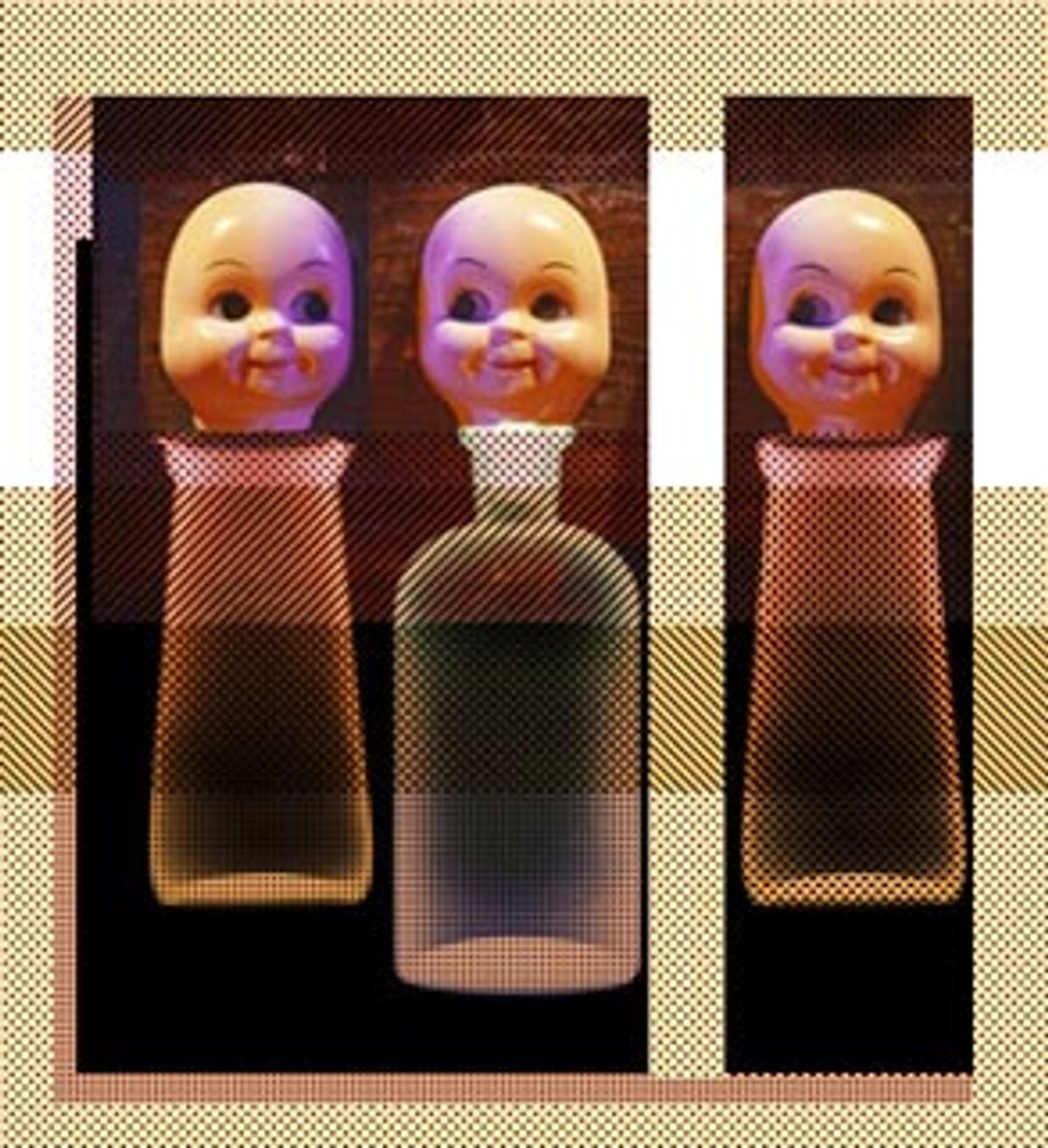 After 12 years and two children, Julie Cypher leaves Melissa Etheridge, claiming that she's not gay and she never was. Melissa throws up her hands. Many lesbians, understandably, are outraged. Not gay? After years with a same-sex partner? Who is she trying to fool?

Herself, perhaps. And perhaps not. At the age of 28, after eight years of dating women -- that is, never having dated men -- I realized that I wanted to be with men. And that, in fact, I had never wanted to be with women -- not sexually, anyway.

I'm straight. There, I said it. And for me, coming out as straight has been significantly more difficult than coming out as gay. It has meant confronting old, powerful and deep-seated fears about who I am, what I'm capable of and whether intimate love is available to me.

I'll summarize my romantic/sexual résumé in one word: Sparse.

In high school, I had long, obsessive crushes on boys who didn't want me, and barely noticed the few who did. In college, ditto, with a year of romantic bliss in the middle. We spent every waking moment together. We shared a bed, chastely, until her fiancé flew out from the West Coast and broke it up.

In graduate school, I began dating a woman and came out as queer -- a self-proclaimed "closer to gay than straight" bisexual woman. (Sometimes I called myself a lesbian, willfully ignoring the false note it struck.) But soon after we started having sex, my girlfriend was hospitalized for depression. There were long months of sad, impossible love (sans sex), and then a breakup.

After graduate school, I moved to San Francisco, where I went through a spell of two-week relationships -- manufactured and meaningless -- with women. Then a male friend and I confessed mutual crushes. When we met to discuss dating, I could barely speak. I thought, "I want this so badly." It was the kind of experience commonly described by newly out gay people: "So this is what it can feel like." But for me, there was something else, a long-held terror of men. It was a struggle to let him touch me. Wisely, my friend backed off.

Then I met a woman and fell in love. She had a crush on me. For months, I fretted over whether I was attracted to her. I knew I loved her; wasn't that enough? We kissed. I panicked. We spent time apart, but I couldn't take it. We slept together. I panicked.

I realized that I wanted to date men. And only men.

I love women; I connect with women. Three times in eight years, I have fallen in love with women -- women I would have committed my life to, if I could have. And for me, this love translated into romance, and then into sex, though only briefly.

I wanted the lesbian life, complete with herbal tea, incestuous friendships and golden retrievers. I cherished the emotional intimacy and craved the freedom, power and joy of the queer community, which looked like home. But when I finally had that dream within my reach, I couldn't do it. I was in love with my girlfriend, but I didn't want to have sex with her.

Meanwhile -- and I know how sad this is -- I'm afraid of men. In my family, men were angry, unpredictable, judgmental and unavailable. They were far more interested in the development of my body than they were in the development of my spirit. It did not feel good to be with them; it did not feel safe. Boys at school ignored me, or I ignored them; occasional friendships ran up against the iron shield of my entrenched defenses. Given this experience, why would I want to date men? Where was the evidence that a relationship with a man could be loving and important and deep?

I'll tell you where: Nowhere.

For me, accepting my essential sexual attraction to men is akin to accepting that I might not ever date again. If my past has anything to say about my future, I might not experience romantic love at all. When I was finally ready to say I wanted to be with men, I had to acknowledge that I couldn't be with them -- I was far too frightened -- and that would it take time and a great deal of emotional work to get to a place where I could.

Frankly, I had little choice.

In community parlance, I'm queer-identified. That is, if straight is as straight does on television and in the movies, I don't want it. I don't like the patriarchy; I do my best to subvert it. I'm not even comfortable with the idea that, as a woman, I am seen as sexually available to men. For me, an essential benefit of identifying as a lesbian was that it was a de facto indicator of my politics. It was a simple, clear statement of one of my underlying values: I am not here for men. Of course, there are plenty of straight women who would say the same thing, but there's nothing quite as efficient for getting the message across as walking down the street arm in arm with a multiply pierced and freshly shaven dyke.

Think I'm merely bisexual? You can call me that. Indeed, if I had my way, I would be truly bi; it has always seemed like the most agreeable, roomiest place to be, though it has its liabilities. (Lesbians don't want to date you; straight men want to date you just a little too much.) Of course, I know that the labels are vexed. We're fluid. We change. And regardless of how I choose to identify, my healthy stack of queer-identified years may remove me promptly and swiftly from the straight pool in most people's eyes. No big deal.

But it means something to me to say I'm straight. It feels just as important as I imagine it must for the gay person to own that label. (I used to wonder why coming out as queer had never felt liberating to me; now I know.) It says, "I tried to deny this for years, but it's who I am." It says, "I am that brave."

I worried about telling my ex-girlfriend; but she seemed perfectly fine, happy in love with someone new, eyes twinkling. She'd had plenty of time to get over my departure from what, in any case, had been a tumultuous attempt at coupling. I, on the other hand, spent a day after our meeting weeping on the couch. Why? Because I loved her, and she loved me. Because I wanted to spend my life with her. Because I want to be a lesbian, and I'm not a lesbian.

My ex wasn't the only one who took it blithely. My friends (whatever their orientation) clapped me on the back. My mother -- well, let's just give my mother credit for showing restraint and attribute her suddenly unquenchable sunniness to her unconditional love for me. I still haven't come out to my entire book club, but the members I've pulled aside have barely blinked.

And yet. Every time I tell someone I'm straight, I feel the tug of loss. I'm letting go of something I've loved, and I'm grieving for it. I gritted my teeth through Pride Week this year, declining all invitations, since being in the presence of happy lesbian couples feels a little like attending my own funeral. Some of the time, I know that on the other side of the grief awaits a bigger, broader world where romantic love (with sex) becomes a real possibility for me. But it's a leap of faith, and sometimes I have trouble making it.

Coming out as straight after identifying as queer is, unfortunately, a narrative ripe for misinterpretation, especially by the pernicious "ex-gay" folks, who promote the view that homosexuality is an externally induced perversion and can, with counseling, be reversed. To them I offer this: Straight or queer, we are what we are. I wish I were a lesbian. And I tried very hard, for years, to be one. Just like the terrified, closeted man who prays that his attraction to men will fall away the moment he meets the "right" woman, I, too, thought that my attraction to men would fall away when I met the "right" woman. I met her. It didn't.

I'm not abandoning the cause. In fact, if queer liberation is about claiming our personal truths, regardless of consequences, I'm furthering it by saying that, though it wasn't what I expected or even wanted, I'm straight. Some indeterminable combination of genetic and environmental factors has contrived to make me this way, and the most powerful thing I can do is accept it.

Maybe, since I have claimed my particular truth, the future will be different. Maybe after some time with men, I'll feel sexually attracted to women. But it's not up to me. My body will tell me what it wants, and if I stay courageous, I'll be able to hear it.

Melissa Levine is a writer and editor in Berkeley, Ca.