Hello mother, hello father: Please get me the hell out of this summer-camp spoof. 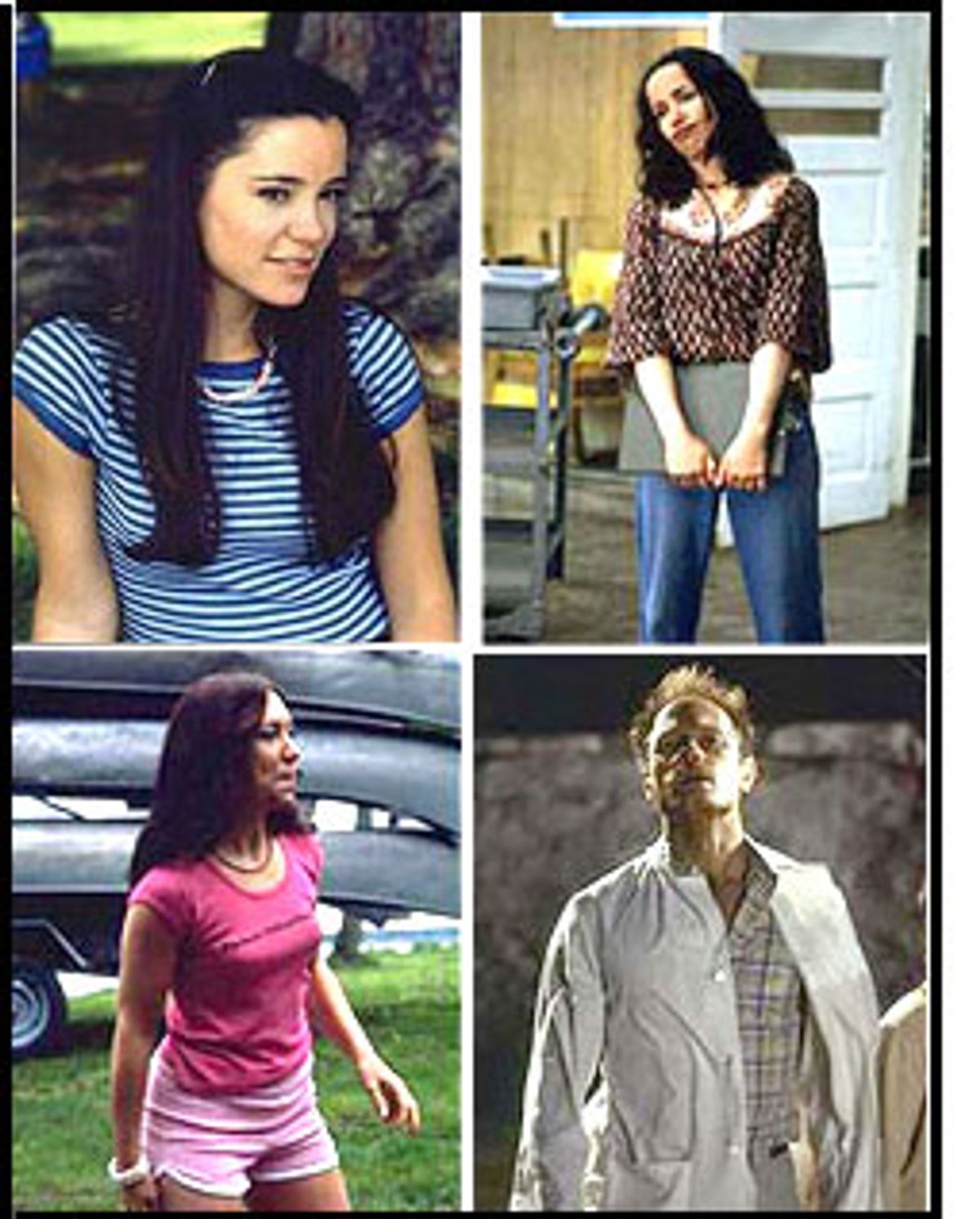 It may be that the teen comedy and summer-camp spoof "Wet Hot American Summer" will have some lasting value to film schools as a model of how not to make a comedy. It's really a model of how not to make anything. Directed by David Wain, who co-wrote the film with star Michael Showalter (both of them of the MTV comedy series "The State"), "Wet Hot American Summer" is a thoroughly inept piece of moviemaking. You're more likely to find a ham sandwich at a Passover seder than to find a laugh in this picture. Ba-dum-bum.

Genre spoofs are always tricky, especially when the genre being spoofed -- in this case '80s teen comedies like "Meatballs" and "Porky's" -- is so crass to begin with. How do you satirize movies that were so upfront about their vulgarity, so exploitative in the way they got their laughs by delivering what audiences had come to expect? (In sharp contrast to "American Pie," which looked like a crass teen comedy but managed, in its honest, even painful sexual encounters to do exactly what the audience didn't expect.) And if you're satirizing genre conventions, you have to have the craft to bring those conventions off even as you're making fun of them. Here, there's no telling whether the filmmakers were attempting an "Airplane!"-style farce or a straight, albeit mocking, story line.

The picture is set on the last day at a Maine summer camp and involves the various couplings of the counselors. A few of the characters are recognizable types -- Showalter as the nerdy nice guy, Marguerite Marceau as the hot girl he lusts after, Paul Rudd as her asshole boyfriend -- but most of the supporting players are simply amorphous, floating around waiting to deliver their lame lines as if they were waiting while sides were chosen for kickball. I laughed exactly once, at the caricature of drama counselors announcing talent show auditions. The rest of the time I knew I was alive by my ability to keep sinking lower in my seat.

The biggest measure of the film's comic poverty is that the filmmakers have cast David Hyde-Pierce -- who, in his work as Niles on "Frasier," does some of the most talented farce acting any actor has accomplished in the last few years -- as a scientist who becomes smitten with Janeane Garofalo, and for material they've given him exclamations like "Fuck my dick!" when things go wrong.

Sometimes when comics who have worked in sketch comedy attempt a feature the result is a series of bits that never come together. I never saw "The State" but based on "Wet Hot American Summer" I can't imagine Wain and Showalter managing enough craft or structure to even bring off a sketch. There is not one scene in this movie that plays smoothly from beginning to end. It's not just a matter of the jokes getting lost. It's a case of not even having decided what the jokes are. The picture hops from underdeveloped subplot to underdeveloped subplot with no consistency of tone, no underlying comic logic. Toward the end, when camp counselor Garofalo has trouble pronouncing her campers' names, you realize that this is meant to be a Jewish camp, though most of the kids look anonymously WASP-y and no mention has been made of it before.

This summer alone delivers "Crazy/Beautiful," a canny picture that neatly upends clichés of class and race division, and Reese Witherspoon's bombshell performance in the dumb but cheerful "Legally Blonde." (The smug, overrated "Ghost World," on the other hand, is proud of its own flatness and depressiveness; predictably critics are calling it "authentic.") The movies "Wet Hot American Summer" is sending up were just as dumb and sex-obsessed as the movie contends. That's why the filmmakers have come up with some sort of muddled accomplishment: a spoof that manages to be even stupider than the pictures it's spoofing.