Journalists jeered, but President Bush was right when he made nice with Russian President Vladimir Putin. The former KGB agent talks tough, but he can't afford to fight missile defense. 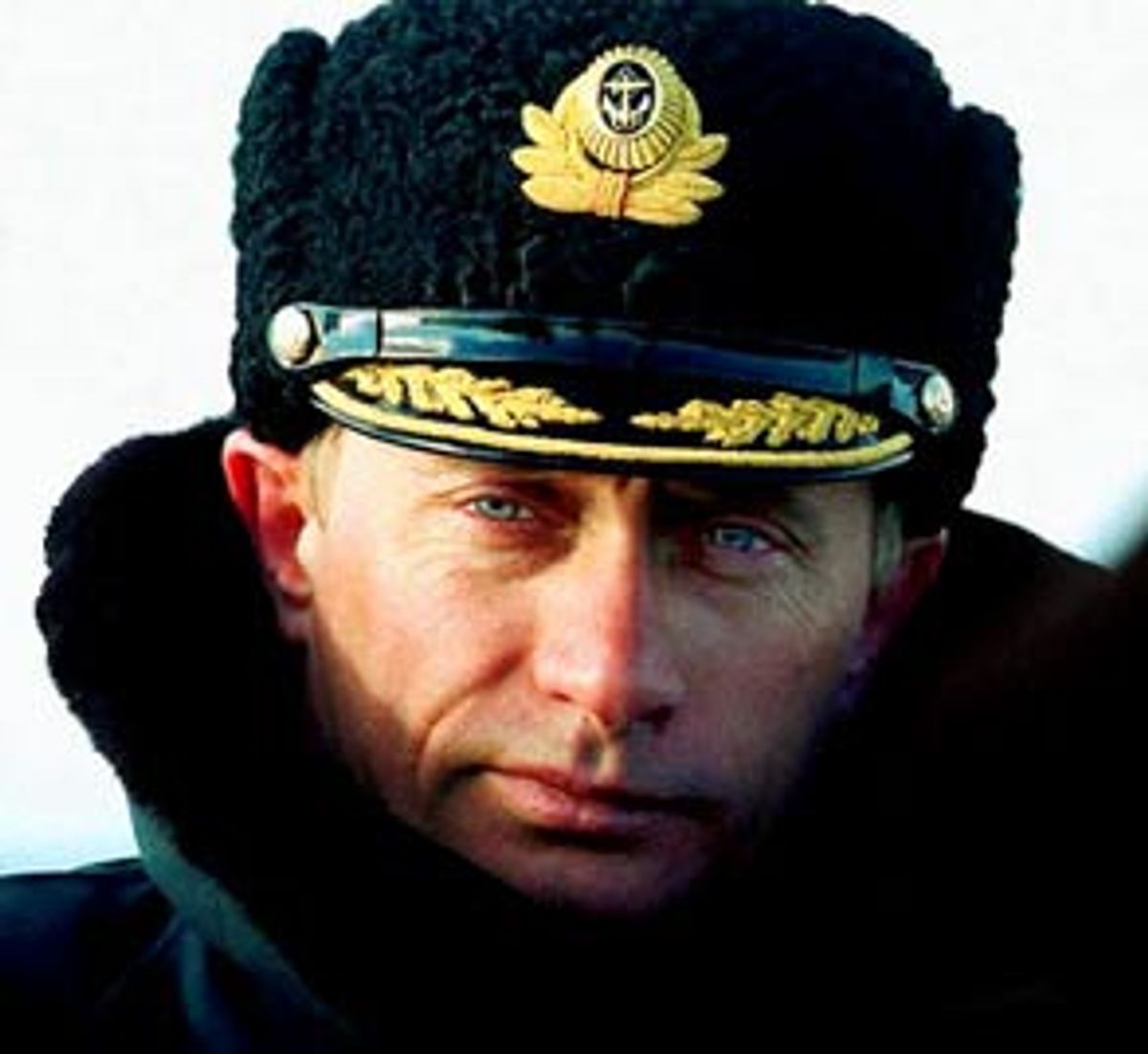 After meeting Russian President Vladimir Putin last month in Slovenia, President Bush famously announced that he had assayed the former KGB agent's "soul" and found him to be a "trustworthy and straightforward" fellow, the kind of guy he'd be happy to invite out to the ranch. Bush was widely pilloried for so easily trusting the spymaster.

The doubters were vindicated when Putin concluded a treaty of friendship and cooperation with China, and reiterated his opposition to a national missile defense shield and the abolition of the 1972 Anti-Ballistic Missile Treaty. A July 18 press conference at the Kremlin followed the treaty with China, during which Putin not only spoke out once more against NMD but held forth on the need to disband NATO or admit Russia to it.

Bush and Putin met again days later, after the G-8 meetings last week, and surprised the world by revealing that some sort of compromise over Russian objections to American plans for a missile defense shield, involving deep cuts in both countries' nuclear arsenals, was in the works. The announcement appeared to vindicate Bush's soulful talk, and humiliate Putin, who looked weak and susceptible to the U.S. president's charm and blandishments, ready to ditch his country's security for the chance to show that Russia was still a great enough power to grill steaks in Texas.

But since then, Putin and other Kremlin officials have continued to warn that Russia might equip its missiles with multiple warheads to counter NMD. To further add to the confusion, U.S. National Security Advisor Condoleezza Rice has now arrived in Moscow to start detailed talks on the "deal" that was (or was not) reached last week.

What do all these contradictory signals from the Kremlin mean?

Although Western commentators lamented the naiveté Bush showed in his judgments of Putin's character, Bush appeared clever to the Russian electorate. That the American president might seriously believe what he said has not occurred to Russians, who are accustomed to gross deceit in politics. (Yes, they are far more cynical than citizens of Western democracies.) They think Bush would say anything to persuade Putin to drop his objections to NMD.

Russian liberals felt abandoned by Bush, but they are a shrinking minority. Bush's buddying up to the KGB man does amount to condoning the Kremlin's war in Chechnya, its castration of the independent media (which has included the takeover of the NTV network by the mostly state-owned company Gazprom, and the closure of the opposition newspaper Segodnya) and the rule of lawlessness and oligarchy Putin represents (as exemplified by the continued dominance of the Russian economy by the Yeltsin-era oligarchs, minus Boris Berezovsky and Vladimir Gusinsky, who came to oppose Putin). But then the Clinton administration showed not the slightest desire to stand up for the Chechens, either, and American attempts to influence Russian domestic policies since 1991 have often come to naught or produced contradictory results. Russians know well where their country is going and are submitting gradually to the regime of fear Putin is reimposing.

Bush's statements and plans to have Putin out to the ranch have allowed the majority of Russians to persist in their willing delusion that they are citizens of a great power, which, paradoxically, may allow Russia to strike a face-saving deal and acquiesce to NMD and, eventually, to NATO expansion onto former Soviet soil. Russia has no money available to start another arms race, so one way or another Putin will eventually stop talking tough about NMD (talk aimed at extracting maximum U.S. concessions for that face-saving deal) and end up going along with the U.S. plans for a missile defense shield.

The real issue both leaders face is China, and here all friendship treaties, planned ranch visits and soulful glances are irrelevant. However useful Putin might find it now as a counterpoise to NMD and a means of ensuring arms contracts for his defense industry, there is no historical basis for Chinese-Russian "friendship." In fact, the two countries are natural adversaries. In 1969 they fought a war over territory along the Amur River that to this day remains undemarcated. It looks as if Putin has no idea of the mines he is laying in Russia's path by helping China arm itself at the same time as China's population expands into the Russian far east and its economy grows.

Rhetoric and posturing aside, the U.S. will end up doing what it wants about NMD and NATO, and Russia will bow to its fate. Whether NMD and NATO expansion contribute to or damage Western security is another matter, and the answer may take years to materialize. The only thing certain is that China will figure in that answer, and probably in unpredictable ways.