A Russian programmer charged with violating the Digital Millennium Copyright Act languishes in jail. It's time to step up the pressure. 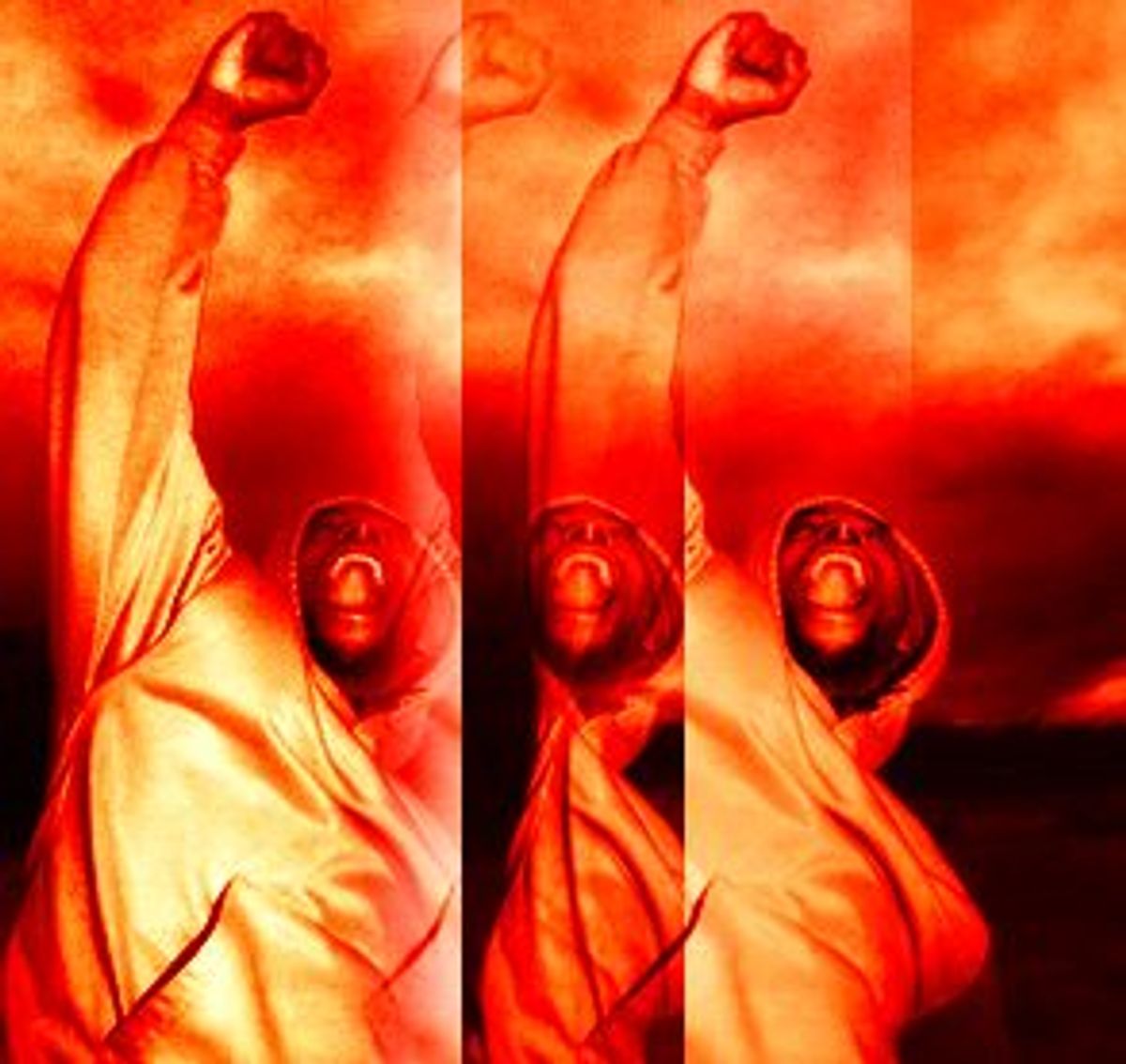 Protest signs all over the country are flying high with free-speech/hacker rhetoric. Hundreds of geeks, attorneys and artists are taking to the streets -- with posters, megaphones and piles of fliers -- to rally support for an imprisoned programmer named Dmitry Sklyarov. So far the protests have been in vain.

The skinny, 26-year-old Russian sits in jail, accused of writing a program that illegally unlocks the copyright protection on electronic books. His Russian company, ElcomSoft, sold the program online -- a felonious act, according to the controversial Digital Millennium Copyright Act, which makes it illegal to traffic in anything that circumvents copyright protection. But Sklyarov's real mistake was to leave his home to come to the United States to lecture about the program at a Las Vegas hackers conference.

The decision to leave Russia, where his program is legal, proved disastrous. Acting on a tip from Adobe, the software company that makes the e-book program that Sklyarov is charged with violating, police arrested Sklyarov on July 16. Adobe has since rescinded its criticism of Sklyarov and called for his release, but the company's change of heart came too late. Now, the only person who can close his case is Robert Mueller, San Francisco's federal prosecutor, who is busy with the confirmation hearings that will determine whether he becomes head of the FBI.

So the protests continue. But at the most recent San Francisco demonstration, word spread that the "Free Dmitry" forces were brewing bigger plans than mere signs. Don Marti, who helped organize the protest, wouldn't elaborate, so we decided to pitch in with a few ideas of our own:

1) Find kids who have homework assignments on the First Amendment and send them electronic copies of relevant e-books for their reports. Then tip off the police that these children are violating the DMCA by copying portions of the books into their homework. (OK, this one is too close to the truth to be funny, but sometimes you have to laugh instead of cry.)

2) Threaten to unleash a virus even more successful than Sircam, and with a payload so devastating as to threaten civilization itself: The "Free Dmitry" virus will force any infected computer to play an unending loop of Richard Stallman's rendition of the "Free Software Song."

4) Get U.S. programmers and sysadmins to stage a massive sickout. Every geek will stay home! Every programmer will refuse to code! Until Dmitry is freed, the entire U.S. economy will go into free fall! Oh wait, that's already happened.

5) Convince Russian President Vladimir Putin that President Bush personally called for Dmitry's arrest in order to revive the Cold War and give his flagging presidency a unifying enemy -- the Reds. In other words, call in the Russians. New hacker slogan: "Better the USSR than the DMCA."

6) Under the mantle of the Sklyarov Liberation Army, kidnap Hilary Rosen, president of the Recording Industry Association of America, and demand Dmitry's release as ransom. While we're at it, why not pick up Metallica's drummer, Lars Ulrich, and Jack Valenti, head of the Motion Picture Association of America. This strategy might backfire, because no one would want them back, but at least they'd stop causing so much trouble.

Submit your own Dmitry protest proposal.