"E-Book Outcast" and "The Mind of a Killer"

Readers respond to M.J. Rose's story about electronic publishing and our interview with neurologist Jonathan Pincus. 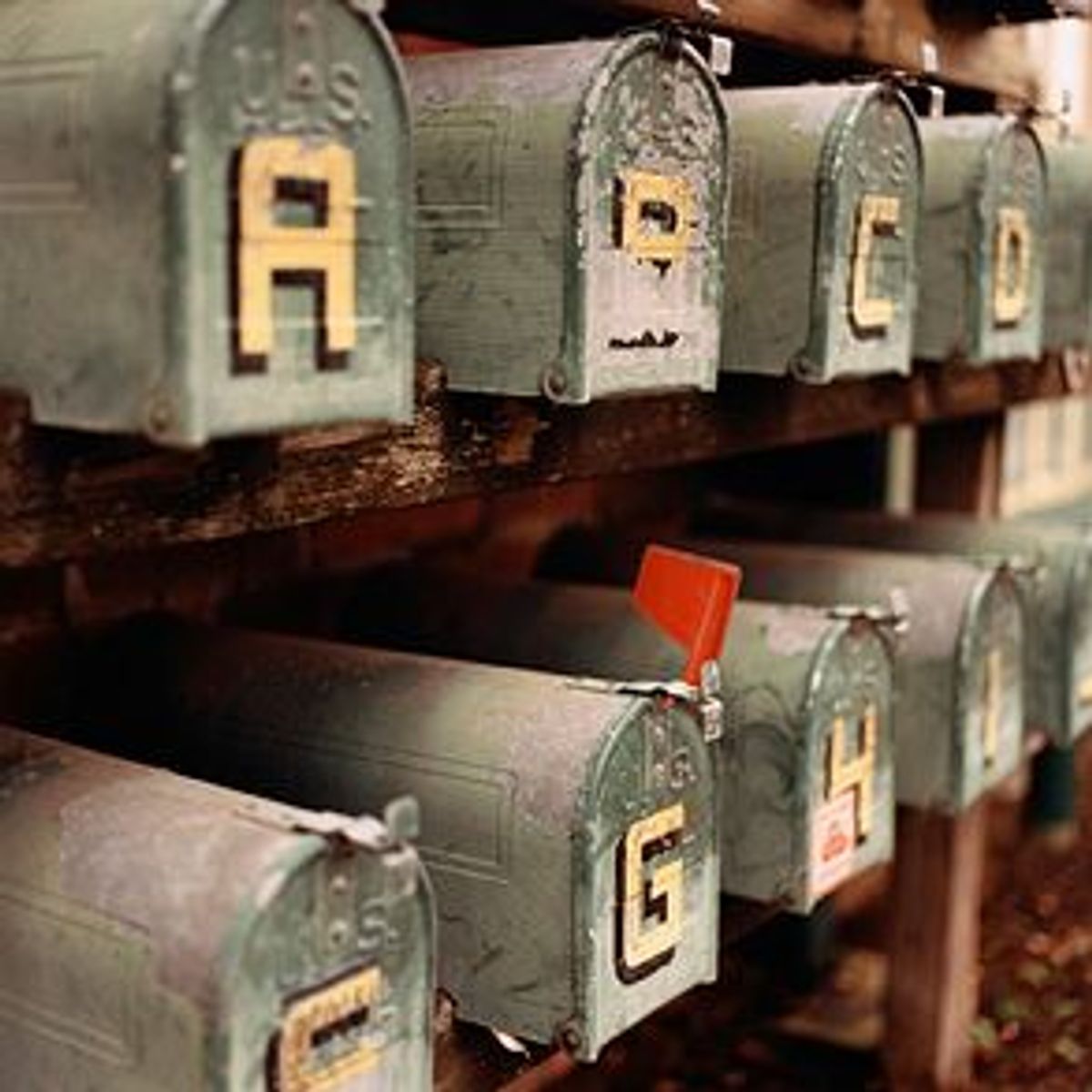 Read the story by M.J. Rose.

Poor M.J. Rose. No one wants to talk about her book; they only want to pick her brains on e-books. I know what she is talking about.

As an exhibitor at the University of Virginia's Festival of the Book in Charlottesville, where M.J. Rose was cornered, and as a small e-book publisher, I can sympathize with her predicament. I witnessed the elevator confrontation she relates. I, too, noticed the large number of needy, unpublished authors clamoring for advice, for tips and tricks, but unwilling to pay for that advice, or to support the industry in a meaningful way.

A few weeks after that festival, I spoke in New York at the TextOneZero seminar on e-publishing. I decried the growing trend in e-publishing of accepting anything and everything that even faintly resembles the black snakes we call words on paper.

This is the root of the lack of respect and acceptance M.J. Rose is seeking. It is the same for me as a small e-publisher. No one will take us seriously because so many of us are selling untalented aspirants a dream. As I said in my speech, e-publishers often look like grifters selling homeowners nonexistent housing repairs, or televangelists selling miracles and salvation.

M.J. Rose ended her article weakly. Instead, I would suggest she say what I answered to one of the many similar questions asked of me after my speech: "Do it yourself." I did it. M.J. Rose did it. No one told us how. We just did. In my old zine days, a few of us used to joke that talk was cheap, but publishing expensive.

For someone who isn't complaining, M.J. Rose sure does a lot of it. Perhaps it might occur to her that her admittedly lightweight books might not have warranted a featured spot on "Morning Edition" based on their merits, or that her success is a story precisely because of the medium involved.

What kills me about the whole snubbing business is that most authors I know in the printed romance industry make about $25,000 yearly if they are lucky. (Quite a few make even less.) This year I will probably earn about double that salary, yet the e-books I write are still considered inferior to the printed books of the authors who have an income that's less than half of mine. Ah, the irony!

At any rate, I wish Rose a lot of luck. She didn't go into the electronic format to become the poster girl for alternative reading. She went into it for the same reason any other smart writer would: She had a good story to sell and the print publishers wouldn't consider it because it didn't fit into the narrow scope of what they will consider printing within a specific genre.

I'm afraid the only accompaniment I can offer to M.J. Rose's whine is some rather tart cheese: The reason she's better known for her e-publishing expertise than for her novels is, the advice is quite good, and the books ... are not. Having read both tomes, I can only repeat the well-trod saw that the number of books sold does not have much of a relationship to their quality, except sometimes, in reverse.

It may pain Rose that "Lip Service" was uniformly rejected by a slew of publishers before being picked up years later as -- I would argue -- a novelty, but that's no reason to treat fans of her expertise with such disdain. It's not their fault that the only thing they want from her is advice rather than a "novelist's" autograph. After all, she's taking their money to provide the former, not the latter.

If wanting to "be treated like a real writer" is what she genuinely seeks (a valid quest), the resolution is simple: Stop selling e-publishing advice and go off somewhere to write books that will sell on their own merit. The way to become a good writer is no different than the way to get to Carnegie Hall: Practice, practice, practice. Not marketing.

I cringed when I read M.J.Rose's account of how she was treated as a speaker at various conferences. Most of the would-be writers who attend these do not want to put in the work that it takes to become a published novelist. They want to be published and they think there's an easy path. That's why I seldom speak at writers conferences anymore. I sympathize with Rose. Those who came to hear her speak should have bought her novels and studied them. Then they might have learned something. Being an e-book author should not be a curse. I think e-books are the future of publishing and I've gotten into it myself after publishing nearly 300 books over the years with traditional publishing houses. M.J. Rose is a pioneer in e-publishing, but she's also a novelist, and the public should not lose sight of that particular fact.

Read "The Mind of a Killer."

If the three factors predisposing people to perpetrate violence are mental illness, neurological damage and childhood abuse, why are most of the violent criminal act perpetrators men rather than women? Are women less likely to suffer from one, two or all three of these factors than men?

Unfortunately, the capacity for murder is part of human nature and one does not have to resort to "disease" to explain it. In every mass war, governments train hundreds of thousands of randomly selected young people to kill other human beings, with a very high degree of success. Does Pincus really think that infantry soldiers are selected only from abusive homes? Our close animal relatives such as chimpanzees murder other chimps in the wild. Homicide has existed in almost all human societies studied. Writing off murder as a "disease" caused by "brain lesions" leads us to forget the capacity for evil that exists within us all.

Perhaps Pincus' thesis is more compelling in book form, but statements such as "I bet that all of [the half-million German killers] were abused in some way as children" and "sexual abuse was suggested" by Jeffrey Dahmer's mother do not convince me that he is using actual science in forming his conclusions.

Pincus says every murderer he has met has at least two of the three factors that cause someone to become a killer -- neurological damage and child abuse. He admirably eschews the logical fallacy of bogus causation by saying such things as "horrendous child abuse is not enough to cause violence because most people who are abused that way are not violent." But he also acknowledges that "not everybody who has all three of these things is violent." This would seem to suggest at least one other factor that "causes" murderous behavior, but Pincus declines to even speculate about what that might be (at least in this interview).

While he is clearly an expert on the neurological leg of his tripodal theory, I'm not sure that the other two legs are stable enough to say that he has significantly advanced the understanding of the human ability (or inability) to kill. I would be interested to know if he has ever examined people who have killed but were not "murderers" -- police officers, soldiers, etc. -- and if he is familiar with the analyses of battlefield behavior by Richard Holmes ("Acts of War") and Dave Grossman ("On Killing"). Most studies of soldiers' killing have concluded that the vast majority of people are unable to consciously slay a visible human being, even when faced with imminent death themselves, and that most wartime killing is done by a very small percentage of troops. A mainstream examination of this phenomenon is long overdue.