A tiny Denver concert promoter is taking the most powerful force in the music industry to court. 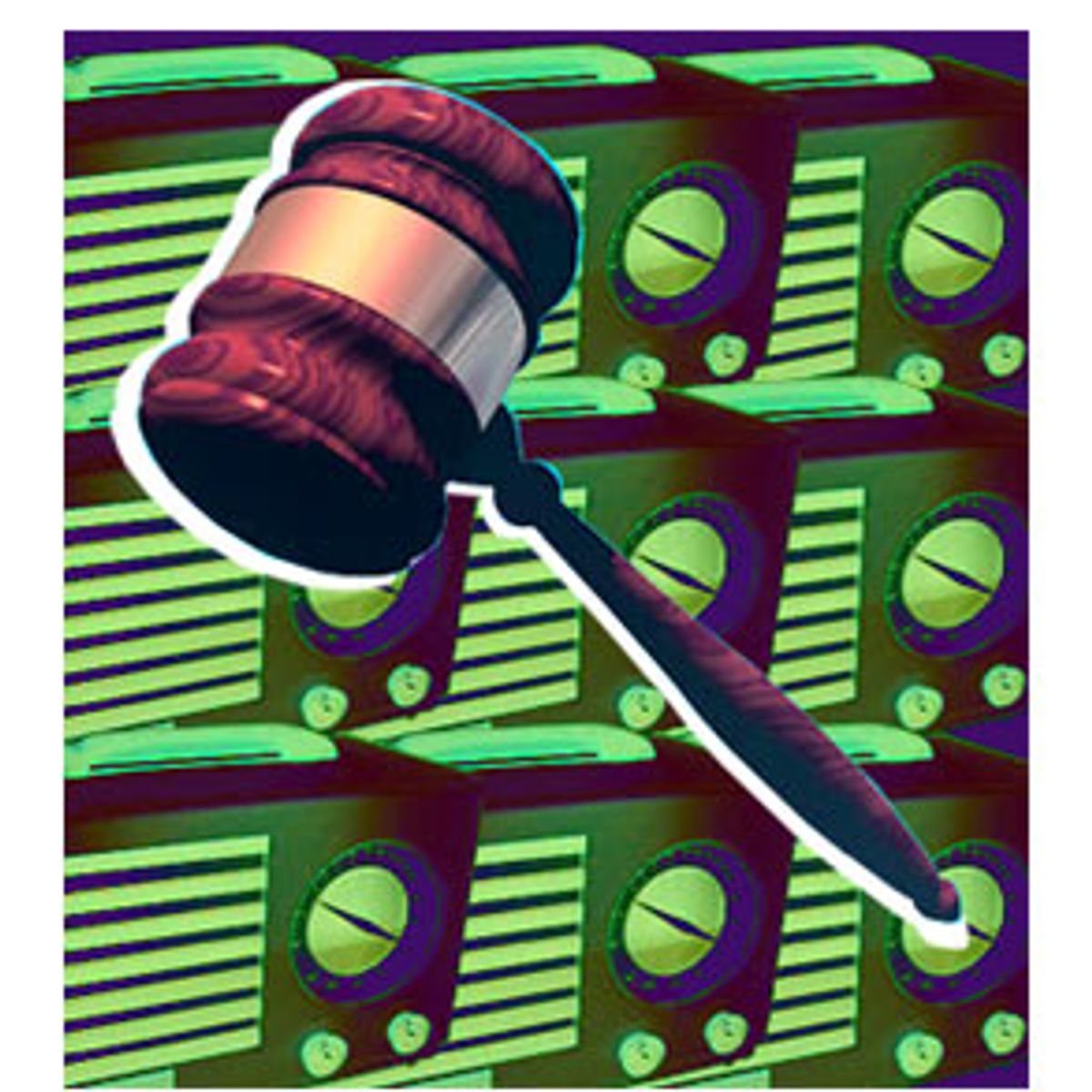 The grumbling inside the music business had been growing for months. Now, an independent concert promoter in Denver has come forward to assert in court what many have been afraid to say out loud: that music-industry giant Clear Channel Communications runs an illegal monopoly that thwarts competition.

Filing an antitrust suit in Denver federal court late Monday afternoon, Nobody in Particular Presents, or NPP, a small promotions firm that over the years has handled local concerts for Pearl Jam, Sarah McLachlan and the Beastie Boys, among others, charges the company with using monopolistic, predatory and anticompetitive business practices.

Clear Channel Communications' nearly 1,200 radio stations represent about 10 percent of the U.S. radio market, and more than half of the country's major popular-music stations. The company's network of concert-promotion companies gives it effective control of the U.S.'s rock and pop touring business as well. Recent stories in Salon have outlined the company's aggressive business practices.

The suit charges that the company penalizes performing artists who hire NPP by keeping those artists off Clear Channel-owned radio stations. Radio airplay is one of the most important ways that artists build careers, and radio promotional support is a key part of filling concert venues.

NPP alleges, "Clear Channel repeatedly has used its size and clout to coerce artists to use Clear Channel to promote their concerts or else risk losing air play and other on-air promotional support."

A Clear Channel spokeswoman says the company does not comment on pending litigation.

The suit also claims NPP has been thwarted in its attempts to buy ads on Clear Channel's rock stations to promote its concerts. For instance, the company claims it bought advertisements to promote the popular Warped Tour's local Denver stop this summer on Clear Channel's local alternative station, KTCL, and provided Warped tickets for KTCL to give away over the air.

The ads were supposed to run during specific times during the day. NPP claims the ads did not run during the assigned times but instead ran late at night or in the early morning hours, and alleges further that the station gave away the tickets not to listeners but to Clear Channel employees, including Mike O'Connor, head programmer for Denver's Clear Channel stations.

NPP co-owner Jesse Morreale claims that Clear Channel was slowly putting the company out of business. "We don't have a choice," he says. "This is not a position we want to be in. We've been put in it. We've got to stand up for ourselves and for the business."

Ever since March of last year, when Clear Channel bought up the country's largest concert promoter, SFX Entertainment (recently rechristened Clear Channel Entertainment), the music business has watched warily to see how the Goliath would leverage the two distinct businesses. Word of heavy-handed tactics on Clear Channel's part began to spread, but to date nobody had come forward with an official complaint. "People are scared," Morreale says.

And nowhere have those synergies caused more concern than between the company's radio and concert holdings. In the past, the managers of rock artists dealt with radio programmers and concert promoters separately. Together they make up the lifeblood of an artist's career.

Acts need radio airplay in order to gain mass exposure. Once they have that exposure (i.e., hit songs) they can sell lots of concert tickets. And all but the very biggest pop acts make most of their money off concerts, not CD sales.

Conversely, concert promoters need radio stations to hype live shows on the air to make sure tickets get sold.

According to some in the business, that equation is now badly out of balance. One manager for a platinum-selling rock band says too often bands today have to choose between radio airplay or a big concert payday. He says not long ago his act was arranging a deal for a concert in Denver.

Clear Channel Entertainment offered the act significantly less money to promote the show than NPP did. Since the manager is supposed to act in the best interest of the band, the logical move would have been to accept the NPP offer to guarantee the band a bigger paycheck.

That incident was not isolated. When Everlast played Denver last year the same thing happened, someone close to the artist claims; his label was told if Clear Channel didn't handle the concert promotions, its stations would not promote the show on the air.

Clear Channel has denied allegations like these. Earlier this year, Clear Channel's O'Connor told the Denver Rocky Mountain News, "Our airplay decisions are made completely independent of concert bookings."

Yet stories persist. The manager of another platinum rock band tells Salon that the reason its new single was not getting added to one of Denver's Clear Channel rock stations was that the band had snubbed a Clear Channel sister station in another market, instead performing a concert for a competing station.

Clear Channel competitors say those experiences are not limited to Denver. In Orlando, Fla., Allen Smith, program director at Infinity-owned rock station WOCL, reports it recently had its exclusive promotion of a concert by the band Incubus yanked.

"The label said they couldn't afford to piss off a Clear Channel rock station," says Smith. "There's a perception among labels that Clear Channel is willing to yank your band."

Out in Southern California, punk band POD canceled an exclusive concert for a non-Clear Channel station, a source at the station says. The band's record company was afraid that local Clear Channel stations wouldn't support the band if the concert went on. (Blink 182 recently ran into problems with Clear Channel surrounding a Cincinnati concert; for the complete details of this story, click here.)

None of those specific examples was mentioned in the NPP antitrust suit, or was discussed by Morreale. Instead the charges made in the court filing are more general. Morreale says NPP has specific evidence to support its charges, and will be collecting additional information during the upcoming discovery phase when NPP's lawyers take depositions from industry insiders about their dealings with Clear Channel.

That experience may be an unpleasant one for label representatives caught in the middle. Privately, many are upset by Clear Channel's bullying tactics. But publicly, in order to protect their acts, label executives refuse to criticize the radio and concert giant.

NPP's suit also touches on the controversial topic of radio's pay-for-play system. The music industry over the past few years has evolved a complex method of routing money to the nation's radio stations via a network of middlemen called independent record promoters, or indies. (The middlemen keep the arrangement from violating the letter of the payola laws, which prohibit direct payment for playing songs if the practice is not disclosed on the air.)

The suit charges: "Clear Channel has received payments, directly or indirectly, to play certain records on its radio stations." That too, could be a touchy topic lawyers might quiz record label and radio station employees about.

Concert veterans probably are not surprised that the industry's first lawsuit against Clear Channel originated in Denver. Clear Channel's eight stations there dominate rock radio, making it difficult for competitors to get around the company. Also, the Denver Clear Channel radio stations have their own concert promotion company, Clear Channel Concerts, which predates the purchase of SFX Entertainment last year. In other words, Denver concert promotion profits go directly to the stations' bottom lines, making them especially aggressive in doing business.

To date, the company had been pleased with the results. This spring, Chuck Morris, head of then-SFX in Colorado, told the Denver Rocky Mountain News, "The synergy between Clear Channel and SFX, especially in Denver, has been nothing but spectacular. Denver is becoming a model for how successful it can be."