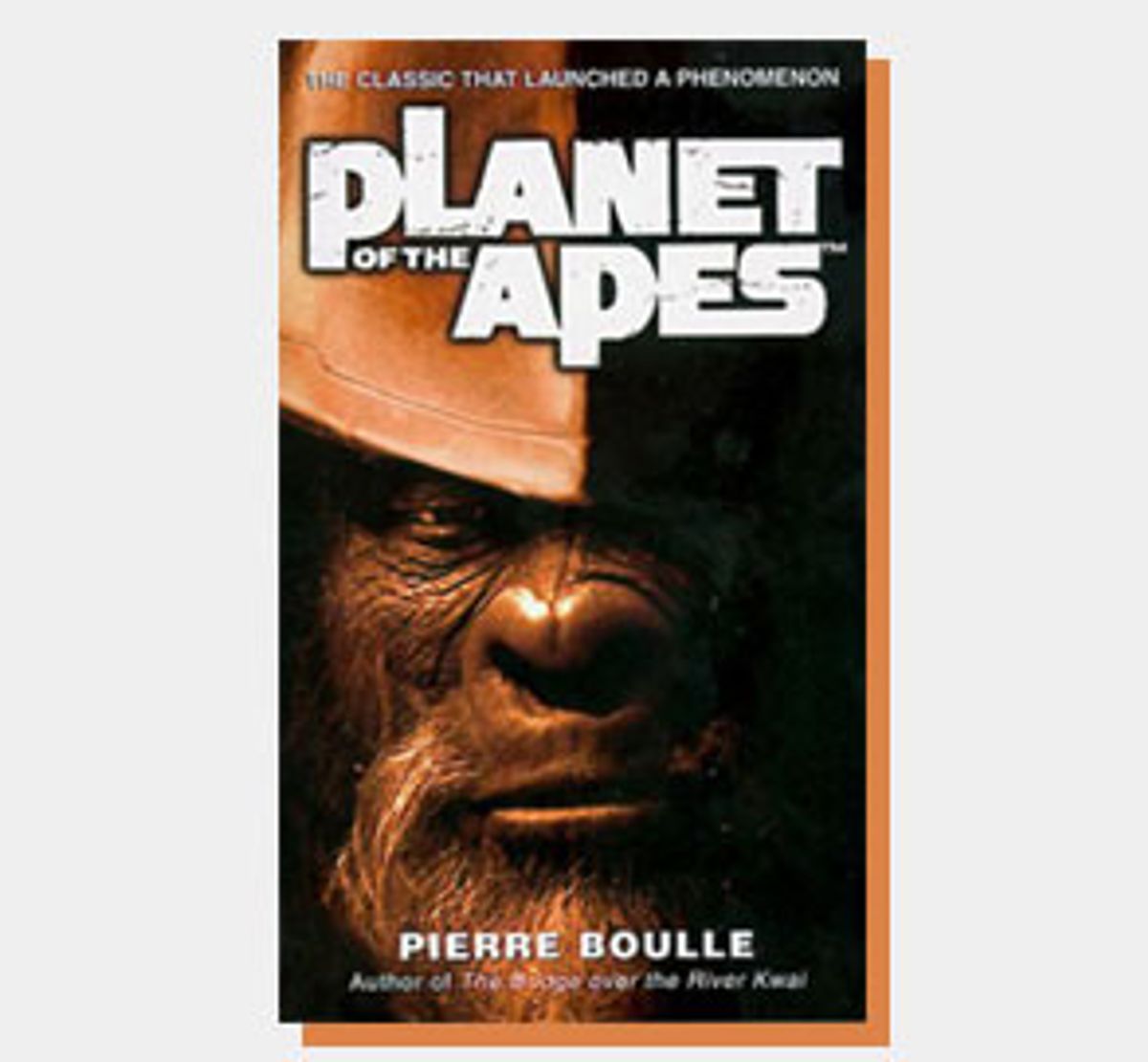 Last year, I took a writing seminar at UCLA from novelist Richard Setlowe, author of "The Sexual Occupation of Japan," who liked to regale us with his tales of dabbling in Hollywood. Setlowe told us about the time he'd sold the film rights to one of his novels, but the deal took an extraordinarily long time to close. Setlowe called his agent to see what the snafu was.

"Almost everything is nailed down," the agent said. "We're just dickering over the novelization rights."

"The what?" Setlowe said.

"The right to turn the film into a novel," the agent said. "It's already a novel," Setlowe said. "Remember that's what you're selling -- a novel."

The people at the seminar cackled like a pack of hyenas. Prose writers are a small and much-scorned band in Southern California, and we delight in anything that makes the film community look foolish.

As a screenwriter would say, flash forward to today. I recently heard a radio interview with the biographer of Pierre Boulle, the French author who wrote the novel that was the basis for the "Planet of the Ape" films. The interview made me want to read the original book.

I went to a large bookstore chain that begins with the letter "B," but I couldn't find the book in the literature section. Granted, Boulle's novel, originally titled "Monkey Planet," was published more than 35 years ago. However, the book is held in high enough esteem that I thought at least one copy would be in stock, especially with the recent release of the Tim Burton movie remake.

I have shied away from asking the folks at "B" for assistance, ever since the time I inquired about where Emerson's works were located and was told, "I'm not familiar with that name. Is he a writer?"

Nonetheless, I was intrigued enough about Boulle, who also wrote "The Bridge on the River Kwai," to ask for the "Planet of the Apes" novel. The woman behind the counter punched some information into her computer.

She led me to the film section, where I found "Planet of the Apes Movie Novelization" by William T. Quick. At first I thought it was a joke. Then I realized I was looking at an entirely new literary genre: the novel based on the screenplay based on the novel.

Ironically, Boulle, who originally thought the whole thing up, is given no credit on the novelization, perhaps because there is so much room taken up listing the three screenwriters for Tim Burton's film.

I also found a second "Planet of the Apes" novelization, this one aimed at "young readers," at the bookstore. Boulle wasn't given any mention on this book either. However, I sense he wouldn't want any credit, considering the novelization is filled with sentences such as "Daema kicks some serious ape butt."

A third "Planet of the Apes" book -- a fictional diary of the main character -- was also in the store. The book's first sentence was, "I don't know who's going to read this -- maybe no one."

I concur with that sentiment. And I wonder how many readers will have the perseverance to track down the original Pierre Boulle novel. Del Rey has rereleased it as a mass market paperback, but since the book doesn't have Mark Wahlberg or the scantily clad Estella Warren on the cover, I'm not expecting it to pop up at my local bookstore anytime soon.

I just hope that Boulle's descendants held onto the rights to turn his novel into another novel and are getting a piece of the action. Given the way Hollywood churns out sequels and remakes, that may become the real bread and butter for most novelists.

Joe Mullich is a writer whose work has appeared in many publications, including Los Angeles magazine, the Los Angeles Times and the New York Times Syndicate.