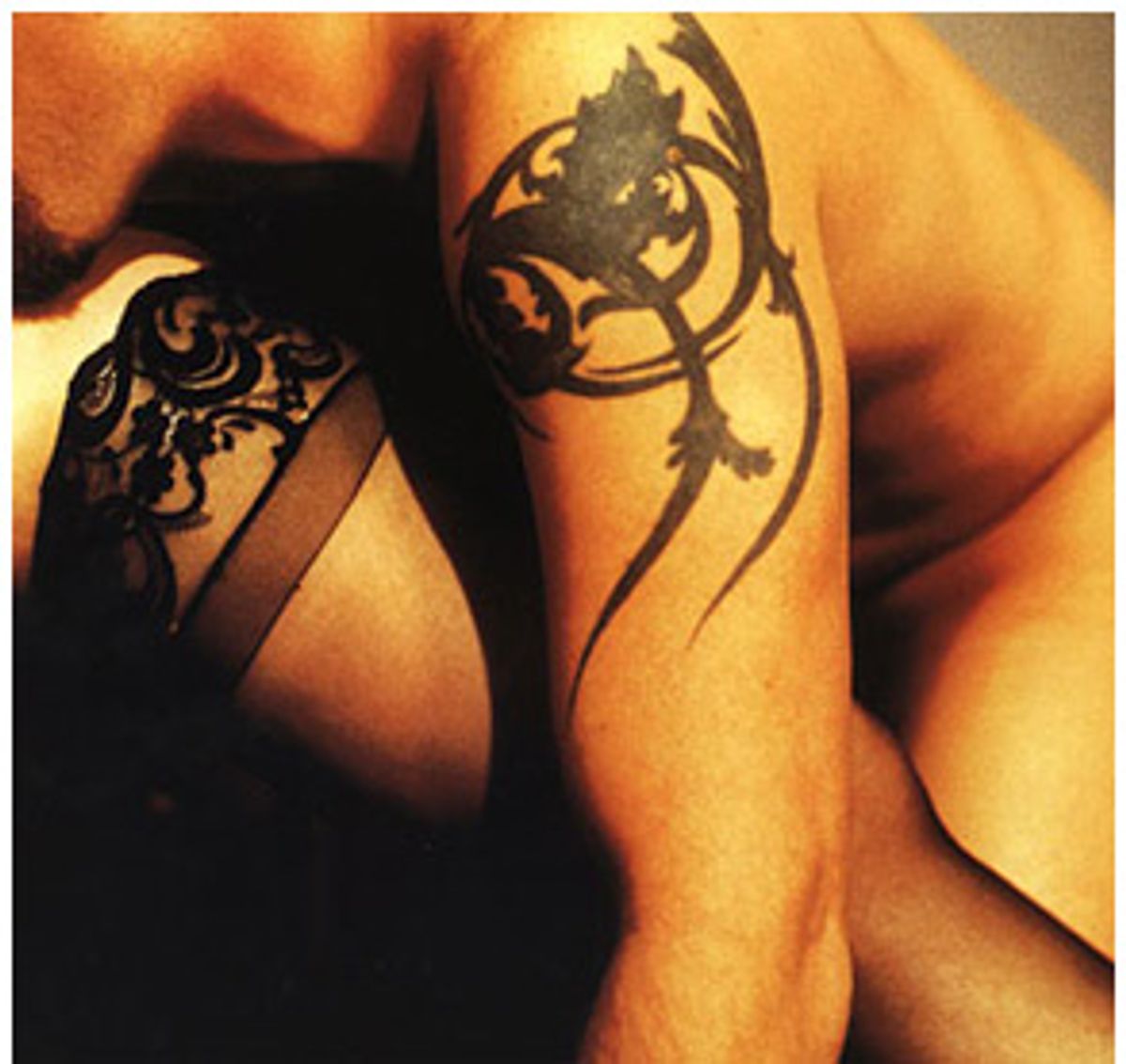 The title obviously refers to the dreamy, escapist impulse that's attached to sex. But "Dreamland" is also a mind state specifically located in Los Angeles, where Burton lives and works. The adult entertainment industry is a kind of bratty cousin to legitimate Hollywood, and both are inextricably built on dreams of fame, fortune and glamorous immortality. The enduring myths pervade the area across movie ratings, from G to triple X. The iconic Hollywood sign, nestled in the scrub below media-disseminating radio towers and satellite dishes, lords over film and television productions -- as well as the crumbling stucco houses -- with godlike ubiquity. It's not surprising, then, that the sign is the echoing visual chorus that appears throughout Burton's book. It glimmers and glows with allure and foreboding.

Burton finds unexpectedly arresting visions inside adult Hollywood, the sex dream factory populated by lesser-known stars who connect with their audiences on an intimate, albeit fantasy, level. While there's a sense of salaciousness that automatically comes with the porn-set territory, the images aren't rooted in insider status; this is nothing like an adult version of "Entertainment Tonight." In some of the images, Burton demystifies the magic of porno moviemaking -- such as in a painful shot of a penis being injected with a performance-enhancing fluid or a picture of a plastic cup with an actor's name, "Peter," scrawled on it. The two-page spreads juxtapose naked flesh with similarly quotidian subjects: a woman with a bored expression between takes, the drab L.A. freeway on the way to the ranch house film set, a fluffy pussycat pondering an aging backyard pool.

Burton's opulent images artfully focus on the edge of the action. The sex happens quietly on the margins. The photos are the antithesis of raunchy hardcore action in that the requisite elements aren't thrust to the foreground. He shows us tangles of waxy tanned and toned flesh from oblique angles. The figures, often seen only as body parts, are elements on the borders, sidelines and reflective surfaces of set-dressed interiors or sunny Southern California decks.

In one photograph -- the pictures all go untitled in these pages -- an African-American male lies back on a square beige ottoman. His bare shoulders and tilted-back head occupy the upper portion of the frame, his sensuous curves contrasting with the squared-off furniture and caramel-colored carpeting that is roughly the same shade as his skin. If you look closely, you can see a hand clutching at the cushion, though it's not clear to whom it belongs. The composition is highly formalized while the narrative is open-ended (although the facing page is a shot of the palm-tree-shaded sign of the Hollywood Forever cemetery, which introduces a slightly morbid element to the proceedings).

Another image is dominated by a gray floor with a puddle and a drain in the middle -- perhaps a shower or the side of a suburban pool. At the top of the frame you can see the legs of a crouching naked male. It looks like he's on all fours, until you realize that what could be his hands are actually the feet of another man facing the opposite direction. Their activity is roughly reflected in the thin puddle, but the ripples blur it beyond recognition. It's a tactic that Burton employs often when he shows action in the mirror behind liquor bottles, in the shiny glass covering a picture hanging over the couch or through a transparent lamp base containing artificial flowers. It's also an artistic decision that keeps us looking, if only to discern what the hell is actually going on.

Burton adds a richness to his images -- deep tones and careful compositions -- that imbue them with a convincing theatricality. Still pictures automatically have more staying power -- we don't see what happens before or after -- but Burton is a master of contextualizing sex as part of a broader fabric of life.

While many of the images have a slightly detached tone, there's some joy to be had in them. There's true ebullience to a picture of a tan blond guy lying on a terra cotta patio floor, apparently in the throngs of ecstasy. He takes up but a fraction of the picture; only his head is visible in the image, which is dominated by blurry magenta flowers. It's as if the picture had been surreptitiously shot by a spy through a tangle of bougainvillea in full vibrant bloom. It's a glorious picture but, again, one that dwarfs the physical action within the environment.

In the book's short, convincing essay, critic and curator Dave Hickey interprets this effect as a product of its environment. "Like Los Angeles itself, Burton's pictures are all suburbs, intricate and interlocking subdivisions of the body politic, disappearing at the edges of our vision but extending forever in our consciousness." Indeed, these are pictures that most likely will lodge in your mind far longer than a fleeting orgasmic thrill.