Does the banished ballplayer belong in the Hall of Fame? Depends whether you're talking about the player or the man. 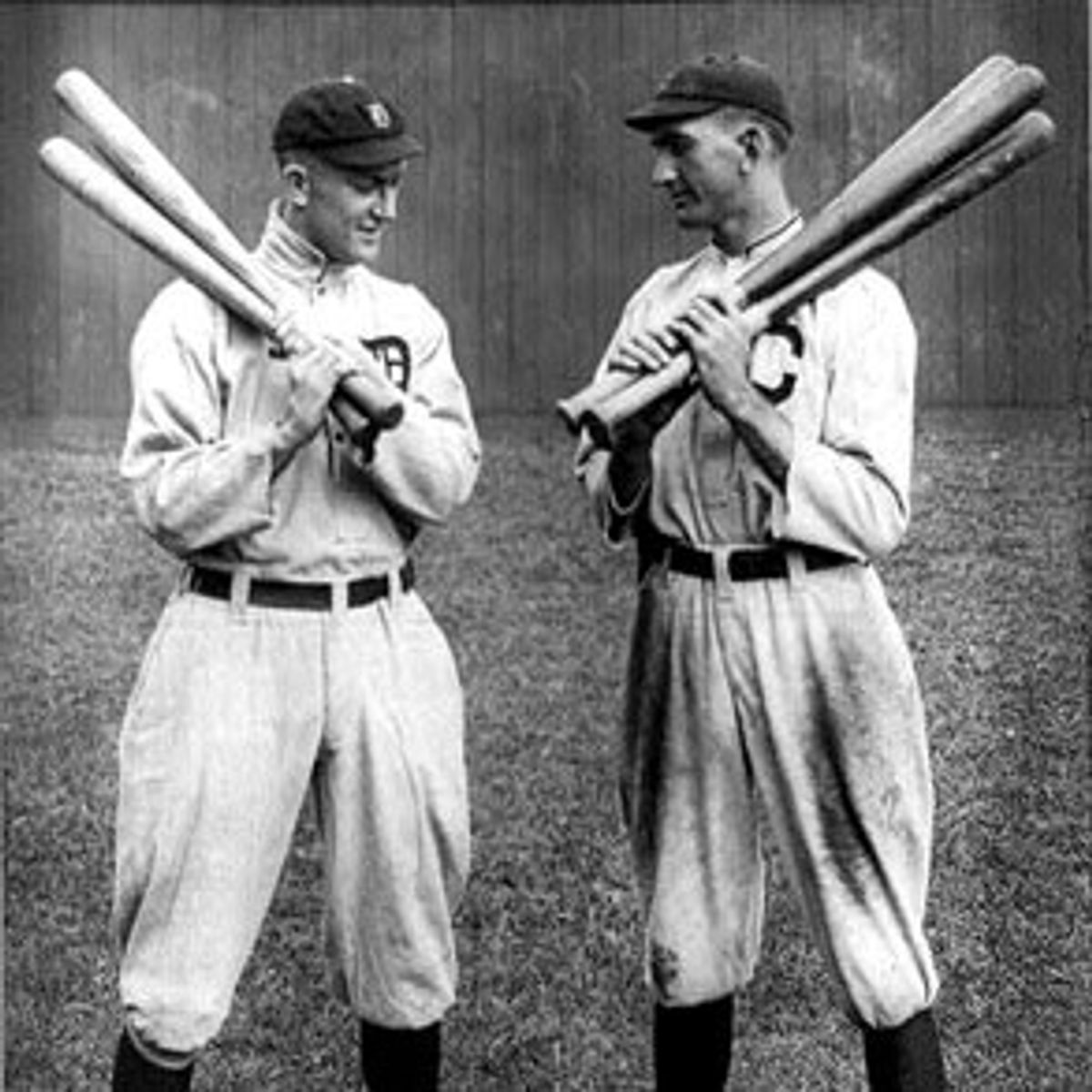 There are anniversaries for the damnedest things in sports, and I get letters on just about all of them. "Did you know," read an e-mail just the other day, "that coming up this September is the 10th anniversary of Shoeless Joe Jackson's banishment from baseball's Hall of Fame? And do you intend to do something about it?" Actually I did know that, or at least I thought I did. Jackson was banned from baseball by commissioner Judge Kenesaw Mountain Landis' decision in 1920, but that had nothing to do with the Hall of Fame. That issue was settled in 1991 when the Hall of Fame officially ruled him "ineligible," or declared that he was ineligible because he was banned from baseball. The wording isn't clear; what is clear is that Landis did not specifically bar him from the Hall of Fame in his 1920 decision. There was no Hall of Fame to ban him from, and if there had been Landis would probably have felt it was unnecessary to ban him from it, as no one in his right mind would argue a player for the Hall who had conspired to fix games.

Anyway, regarding any part I might play in this, I am both annoyed and flattered by this kind of letter. The notion that I could "do something about it" is pretty silly -- I suppose the writer means not another plea for clemency but some kind of statistical analysis that will "prove" that Joe belongs in the Hall of Fame regardless of the charges that have been brought against him over the years in connection with the fixing of the 1919 World Series. That anyone thinks I or anyone else could do something like this is so absurd it doesn't bear further discussion.

Quickly, you want my evaluation of the player? Someone, somewhere is supposed to have written something that proves Joe Jackson was not good enough to be in the Hall of Fame. I've never located the essay; if I do, I'll write the writer a letter telling him he is an idiot. Jackson was not the great all-around star he is often made out to be in misty-eyed old-timers' accounts; all statistics for his time show him to be slightly below average as a fielder and base stealer. As a hitter, well, he played just 10 full seasons and compiled a batting average of .356, third highest (after Ty Cobb and Rogers Hornsby) of all time. Despite the fact that he was a contemporary of Cobb's, who led the league in just about everything every year, Jackson led the league in hits once, doubles once, triples three times, total bases twice, slugging average once and on base average once. In his last season, 1920, he hit .382, with a career-high 121 RBIs. It is reasonable to assume that as hitting stats boomed in the '20s Jackson's would have, too. He was just 31 at the time of the suspension and had 1,772 hits, and there would seem to have been no way that he could not have reached 3,000 hits had he played, say, till age 38. Mind you, for his time and place he was no Honus Wagner, Ty Cobb, Babe Ruth, Ted Williams, Mickey Mantle or Barry Bonds, but he was as good in his time as, maybe, Dave Winfield in his. So, yes, the player belongs in Cooperstown, N.Y.

The man? God, trying to hash through who said what about whom or who took how much money makes me feel weary, but in the end I have to say (reluctantly, because I think he was basically what people sympathetic to him at the time thought he was, a big, not-so-bright, basically right-minded country boy who got mixed up with a bad crowd and let his frustration and resentment at low pay get the best of him), forget the arguments about his play; he agreed to do it, he took the money. He conspired to fix games. I'm sorry, he's out and that's it.

Well, you had to ask me. But while we're on the subject I would like to make a statistical plea for justice regarding the real victims of the 1919 World Series. I don't mean Buck Weaver (whose case really should be reviewed -- he didn't conspire and he took no money) or any of the other White Sox players. My plea is for the winners of the 1919 World Series, the forgotten champions of 20th century major league baseball, the Cincinnati Reds.

The 1919 Reds were 96-44 to the White Sox's 88-52. They were outscored by the Sox 667 runs to 577 but more than made up for that difference in pitching, giving up just 2.24 runs per game to Chicago's 3.04. The Reds had a better record than Chicago for most of the season. There was simply no reason for the gamblers to have favored the Sox in the series, let alone to make them heavy favorites, except the powerful prejudice that the American League, which had won eight of the previous nine World Series games, automatically fielded a better team. The American League team had won 12 of the previous 17 World Series games, but the notion that this automatically indicated superiority now appears rather quaint to us. The Yankees have won 12 of the last 13 World Series games; would anyone base a serious argument on American League superiority solely on that?

For all the analysis of who took how much money and whose plays lost which game, the White Sox made exactly the same number of errors in the series as the Reds did, 12, a not particularly high total in those days before big gloves were made.

I'm not suggesting that eight members of the White Sox weren't approached and paid by gamblers to lose. What I am saying is that simply because that was the case doesn't mean that the Sox had it in their power to turn it off and on when they chose. It's entirely possible that the Cincinnati Reds could and would have won the series anyway. That's what all the numbers suggest. Before we talk about giving something to Joe Jackson or anybody else, let's start by giving the 1919 Cincinnati Reds the respect they deserve.

To hear a significant portion of the news media you'd swear that Rickey Henderson slashed someone's leg open when he stole that base in a 12-3 win over San Diego. Look, folks, Henderson is after a big record, the all-time runs scored total, and being on second considerably helped him get one run closer. Now, personally I don't care for selfish-record baseball, but it's a little late in the game for everyone else in baseball to pretend to agree with me. Pete Rose was allowed to fill a major league uniform for three years when he was a completely worthless player just so he could chase Ty Cobb's hits record; what's the difference between his behavior and Henderson's? And someone explain to me why it's "rubbing it in" to steal a base when you're up by nine runs but not "rubbing it in" to swing for home runs under same?

And let me ask another question: While it isn't likely that Davey Lopes' team was going to overcome a nine-run deficit in the seventh inning, was it impossible? Let me ask yet another: Was Lopes' team going to try to come back? What if they had? What if, like the Cleveland Indians against the Seattle Mariners the other day, they'd come back from a huge deficit (14-2 in the seventh inning, in the Indians' case)? Were they asking Rickey to give them a sporting chance by not stealing more bases? I think I have a proper solution to this "unwritten rules" crap: If it isn't written, screw it. Either that or ask the team that is losing to promise not to try to score any more runs. Then the team that's ahead doesn't have to try either. That way everyone goes home happy. Except the fans.