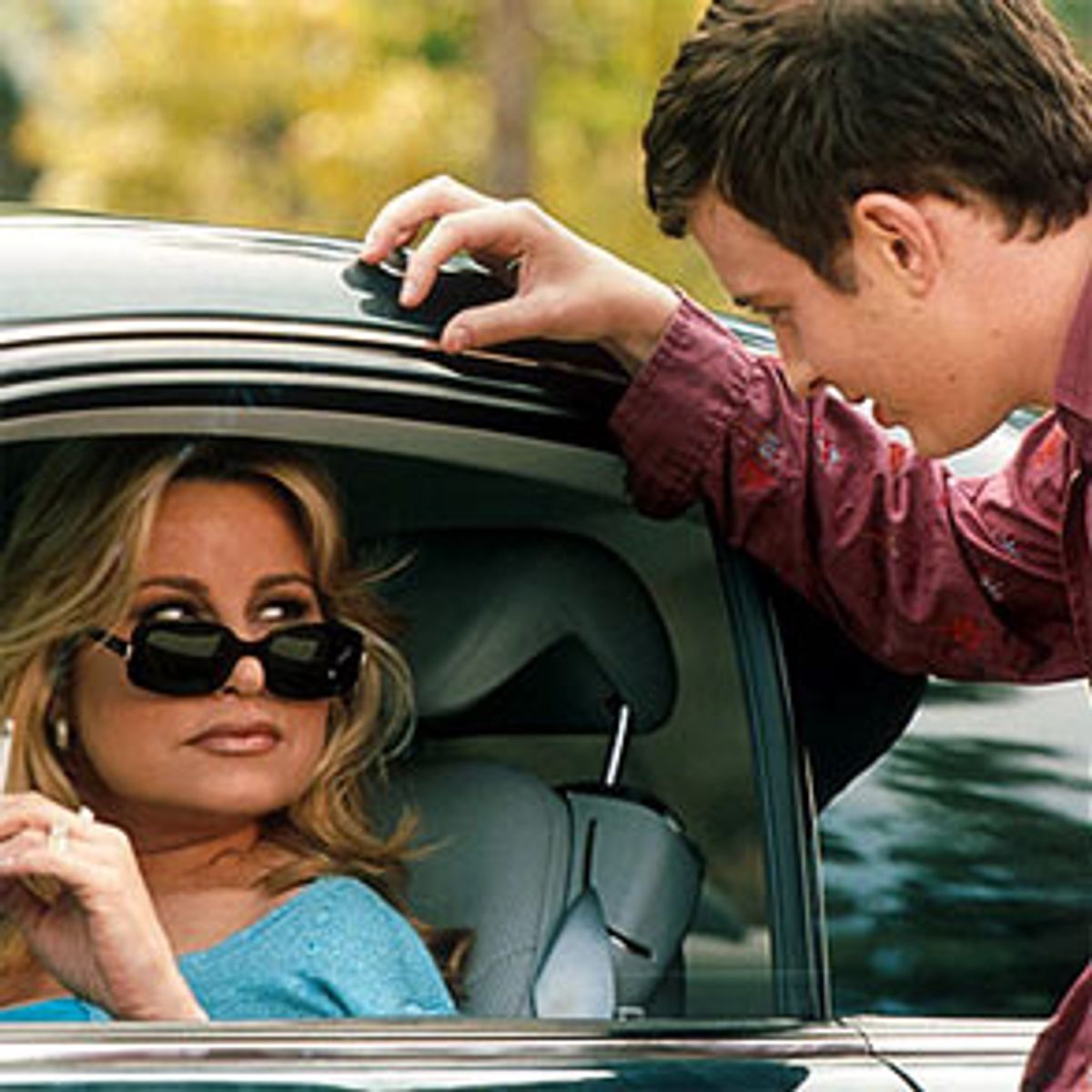 Paul and Chris Weitz's "American Pie" was one of the sweetest comedies of the '90s, and one of the smartest. Starting out with a potentially dumb setup -- a group of high school guys vow to get laid by the night of their senior prom -- "American Pie" veered into unexpectedly complicated territory. The Weitzes, along with writer Adam Herz, made the guys the butt of every one of the movie's sexual jokes: The women they pursue, far from being vulnerable and helpless, are the ones who really know the score. Before -- and even after -- seeing "American Pie," some moviegoers wrote it off as a "Porky's" rehash. But how many teen comedies feature a women's studies major explaining to her young date, politely but candidly, and even sweetly, exactly what's wrong with the way he approaches women?

That's not to say "American Pie" wasn't raunchy, too. Its freewheeling naughtiness was part of what made it so much fun. But it was never crass, and its gags coasted along gracefully. Unfortunately, you can't say the same for "American Pie 2." Written by Herz and David H. Steinberg and directed by J. B. Rogers (whom the Weitzes chose to pick up the torch), "American Pie 2" tries hard to recapture the sweet-spirited vibe and swingy rhythm of its predecessor. But Rogers paces the movie awkwardly; many scenes feel raggedy and unfinished, as if they needed to be whisked out of the way in preparation for the next feeble routine. Worse yet, the writing is stiff, and I don't mean in the good way: "American Pie 2" is trussed up in all the self-consciousness of a teenage boner, with none of the illicit tingle.

The most promising angle of "American Pie 2" is that it reunites practically every cast member from the first movie (even the alterna-dude with the pet monkey). Now, the gang is getting back together after completing their first year of college. Jim (Jason Biggs) returns home to his totally plaid bedroom, and as he dumps his duffel bag and looks around him, we understand exactly how weird his surroundings look to him: He's like a space traveler returning to his home planet and discovering the air doesn't suit him so well after all.

The rest of the guys are restless for different reasons. All-American sweetheart Oz (Chris Klein) is missing his girl, Heather (Mena Suvari), who's spending a summer abroad. The hormone-addled Stifler (Seann William Scott) has to face up to the fact that his house can no longer be party central, after his first attempt at a summer bash gets busted up by the police. Gentle sophisto-nerd Finch (Eddie Kaye Thomas) can't get over his crush on Stifler's mom, who has mysteriously disappeared, leaving him bruised with disappointment. And Kevin (Thomas Ian Nicholas), the most regular of regular guys, is filled with fear that he and his buddies will drift apart; he's also desperately missing his ex-girlfriend Vicky (Tara Reid), though he won't admit it to himself.

As a solution to that particular strain of ennui known as the summertime blues, Kevin talks his pals into splitting a summer lakeside rental, a place ideally suited for hanging out and meeting babes, not necessarily in that order. That's the setup for a series of ridiculous sexual misadventures and embarrassments, including an unfortunate encounter between a splooge of Krazy Glue and a penis.

In "American Pie," the gags were pleasant accoutrements for the real action, which was the interplay between the male and female characters. Here, the jokes are their own feeble reason for being; some are mildly funny, but most just fall flat with a dull clunk. And one sequence feels so wrong that it practically throws the whole movie out of whack: The guys sneak into the home of two women they believe to be lesbians, hoping to catch some hot girlie action on the sly. The women ferret them out of their hiding place, and oblige them by putting on a bit of a sex show -- but only if the guys agree to perform certain acts with each other. The scene doesn't work because the guys, stammering and awkward as they are, aren't particularly sympathetic here: They've acted like sneaky, obnoxious schmucks. And although the women are ostensibly trying to humiliate them, their little act is really designed just to titillate the audience. The whole sequence feels coarse, hollow and cheap.

It's difficult to watch this group of actors, many of whom are just plain likable if not clearly gifted, valiantly wrangling with so much second-rate material. Klein fairly beams with good-natured charm. Thomas, pining for Stifler's mom, carries just the right amount of cartoon lovesickness in his Droopy Dawg eyes. Eugene Levy, reprising his role as Jim's bumbling but inadvertently hip dad, is (once again) pure delight. He's howlingly funny in the way he carries himself in his quintessentially dadlike get-ups (Sansabelt slacks and short-sleeved sport shirts buttoned up to the neck); funnier yet is the way he almost succeeds in making that look seem sexy, his hairy arms dangling from his shirt sleeves with a Popeye-like swagger.

As his son, Jason Biggs is such an affable presence that you'd have to work pretty hard to dislike him -- his rubbery physical high jinks are lots of fun, particularly in a sequence where, mistaken for a special-needs trombone player, he's forced to perform in front of an audience in too-tight shorts and a tiny polo shirt. His Jim, earnest and eager to please, is the kind of nice guy you desperately want to hook up with a nice girl.

And that's the biggest problem yet with "American Pie 2." Where are all the girls? Even though all the original women return for this sequel -- including Natasha Lyonne as the no-nonsense sexual adventurer Jessica and Shannon Elizabeth as hottie foreign-exchange student Nadia -- their presence barely registers. Suvari appears in only a few scenes, all of which feel stubby and truncated; Reid just blinks her gigantic blue peepers at her clueless ex. The women were the true center of the first "American Pie"; here, they're just accessories.

The only woman character who resonates is Michelle, played by Alyson Hannigan, the breathless band nerd who took Jim's virginity at the end of the first movie. Now she's a counselor at that infamous band camp; Jim keeps sneaking in to see her, not because he wants her to be his girlfriend (he gave up on her after she failed to return his calls the previous summer), but because he needs her to give him advice on how to be a better lover (his major crush Nadia is due to visit him at the end of the summer).

Hannigan plays Michelle as wide-eyed, ridiculous, randy, compassionate and blissfully open to the world. Completely free of sexual hang-ups, doubts and uncertainties, she gambols through the task of tutoring Jim in the finer points of l'amour. But Michelle's deeper yearnings are another matter, and Hannigan shows us those feelings in delicate flickers, without burdening her character with too much seriousness.

Of all the characters in "American Pie 2," male or female, Michelle is the only one who feels completely rounded and whole. She moves with unerring grace and subtlety through this feeble minefield of a movie, unharmed by the tepid jokes that flop and fizzle around her. Her face, defined by a wry, eager smile that suggests she trusts everyone and no one, is the most memorable feature of "American Pie 2." Krazy Glue has nothing on her. She's the only thing that sticks.