One hundred girls for every boy 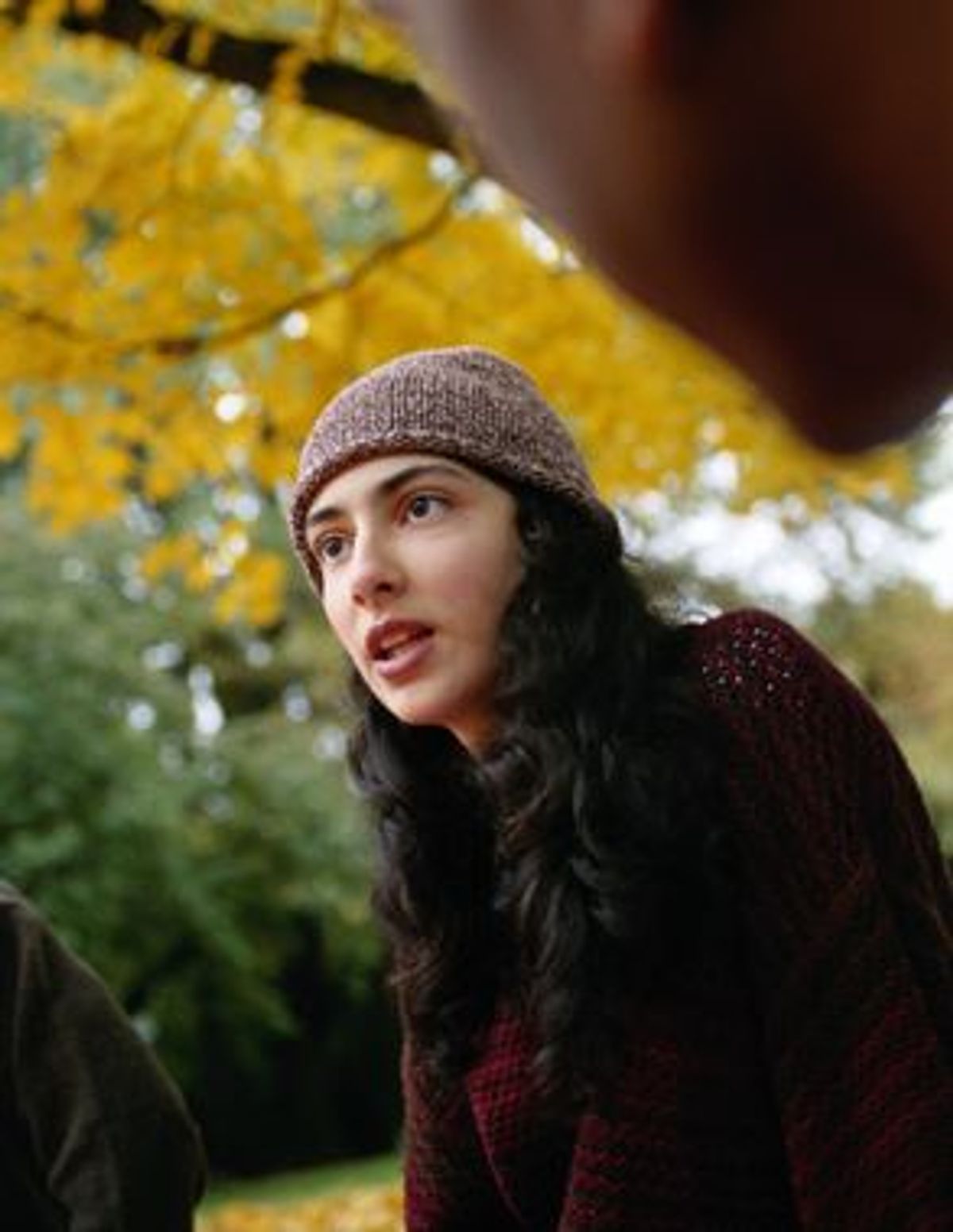 Vietnam defined my college experience. Not the war, but the history class I wandered into at Harvard during the second semester of my junior year. As a visiting undergraduate from Wellesley who opted to cross the Charles River rather than the Atlantic for a year abroad, I attended the first session of every available course in search of the ultimate source of inspiration -- the One True Thing.

Shortly after wedging myself into the last remaining airspace of History of Vietnam that February morning, I realized not only that the joint professors of the class could start a war of their own by the end of the hour but that $100 in textbooks -- as well as an eighth of my tuition -- could be saved by renting "Apocalypse Now" and "Platoon" at the local Blockbuster. The One True Thing? Nowhere to be seen.

But there were still 200 men in the room, a good 3-1 ratio in my favor. I grabbed my registration card from my backpack and signed up on the spot.

Oh sure, it crossed my mind that choosing a class solely on the basis of the male-to-female ratio smacked of all those dangerous "sub-" words that had come to fill my vocabulary during two years of an all-women education: subservient, submissive, subliminal. But I never questioned my decision. After two years as an empowered Wellesley woman, I wanted to be nothing more than a dizzy junior high school girl.

Not that I hadn't been dizzy the first time around. Although I may have been a bit on the bookish side, the wonder of academics -- those safety-goggle moments when I had a hypothesis and the feeling that I was about to see something really, really cool -- made my adolescent days as magical and carefree as those of classmates who did not spend their prom night with Barbara Walters and Hugh Downs. When it came time to choose a college, I could relate to the bold-type statement on Wellesley's Web site: You go to college to get a solid education and have experiences that will prepare you for success.

Yes, there was that glaring 0-100 (or, more appropriately, 100-0) statistic printed in the next sentence, but didn't the viewbook also state that Wellesley's proximity to Boston provided countless opportunities to meet "students" from countless other colleges? Weren't two of those rugged "students" playing Frisbee on the lush, rolling green during our campus tour? Didn't we have a perfect view of them lounging by the lake from the cathedral windows of the Gothic dorm we stayed in during our overnight visit? And hadn't Clarence Thomas denied Anita Hill's claim that he had repeatedly used the term "Long Dong Silver" on the very morning of our admissions interview?

So when I unpacked my bags as Wellesley's newest sister, I loved it. Oh, how I loved it. True, I couldn't see sunlight, let alone Frisbee players, from the concrete box I had been housed in, but I didn't care. As an 18-year-old woman whose lifetime experience with the opposite sex involved little more than unrequited crushes and incoming prank phone calls, I didn't miss men much. Wellesley was exactly as promised: a supportive environment that inspired women to excel and grow.

The charm soon wore as thin as the public service announcements about eating disorders that greeted me outside of nearly every bathroom door. (Never in my life had I been forced to give so much thought to body image.) By my sophomore year, I realized that Wellesley was all women: female viewpoints, female commentary, female opinions.

This may sound empowering and glass shattering, but I found it somewhat odd to sit in an anthropology class called Evolution and Diversity with a homogeneous group representing only 50 percent of the subject matter. How complete could any discussion of the psychology of gender (or race and gender in economic history, gender in world politics) be without male input?

I avoided taking courses containing the word "women" in the title, seeing the distinction as redundant. Eventually I began to take immense comfort in my science for non-majors classes, because then I could just look at the constellations or balance simple chemical equations without having to "theorize about the needs and experience of women in the context of a multicultural society and postcolonial world" (Political Science 344: Feminist Political Theory).

Then I began to take immense comfort in theorizing about the needs and experiences of men.

A few of my classmates opted to transfer after their first year, explaining that Stanford was closer to their California home, or that Columbia had more opportunities for theater and acting. These were the primary reasons, of course, because saying "I miss men" was simply out of the question. Other women -- the coeds -- needed that stereotypical college existence, with the kegs and the folklore about library stacks and the possibility of seeing someone of the male persuasion more frequently than every six weeks or months.

But we, the brave Wellesley sisters, were the links to the past. To look at us was to see the women who once defied the very society in which they were raised, who risked being outcasts by pursuing the education that was denied them elsewhere. We represented tradition.

I related to that traditional outcast feeling when I returned to a coed classroom at Harvard. In the space of two years, men had gone from being fellow classmates to the Dominating Voices, the Higher Wage Earners, the Beings With More Defensive Firming of Ego-Experienced Boundaries (à la Nancy Chodorow, read in two related Wellesley courses). These mythical figures surrounded me, and all I could do was stare. Stare.

When I heard guys talk -- something that had been almost completely absent from my everyday life from age 18 to 20 -- my concern about facts became nonexistent. Who could care about the finer points of the Geneva peace accords when the boy with the disarming smile and heartwarming laugh in your discussion group sat next to you one Tuesday midsemester and asked how your weekend was? And: "Oh no, this pen is dead -- hey thanks, it's Theresa, right?"

Thus, World Religions was not a critical discussion of the five major religions practiced across the globe and their impact upon social and cultural history, but a hello in the Store 24 from a guy who recognized me from class. Introduction to Music II never concerned the excerpts of "The Four Seasons" or "Prelude to the Afternoon of a Faun" -- examples of works from the baroque and Romantic eras respectively. It was all about the guys who almost involuntarily adjusted their baseball caps at the end of each piece.

In the end, a vast array of logistical issues -- mostly about graduation requirements and endless paperwork -- forced me to return to Wellesley for my senior year.

Five years after receiving my diploma, I live within a few blocks of a large, coed university. Every morning I cram for that exam in early childhood development or philosophy of language along with my studious train mates; every night in the supermarket I become engrossed in overheard conversations about parties "down the hall" or "at some friend of his over on Beacon, I think." These daily scenes have come to form a new college viewbook for me. Flipping through its pages of hugs and laughs and ponytailed heads resting on broad shoulders, I become overwhelmed with regret. Anger. And wonder. Sometimes, wonder.

Theresa Rusho is a freelance writer in Boston.