Fingered by the movie cops

Under today's copyright laws, you are guilty until proven innocent. I know -- it happened to me. 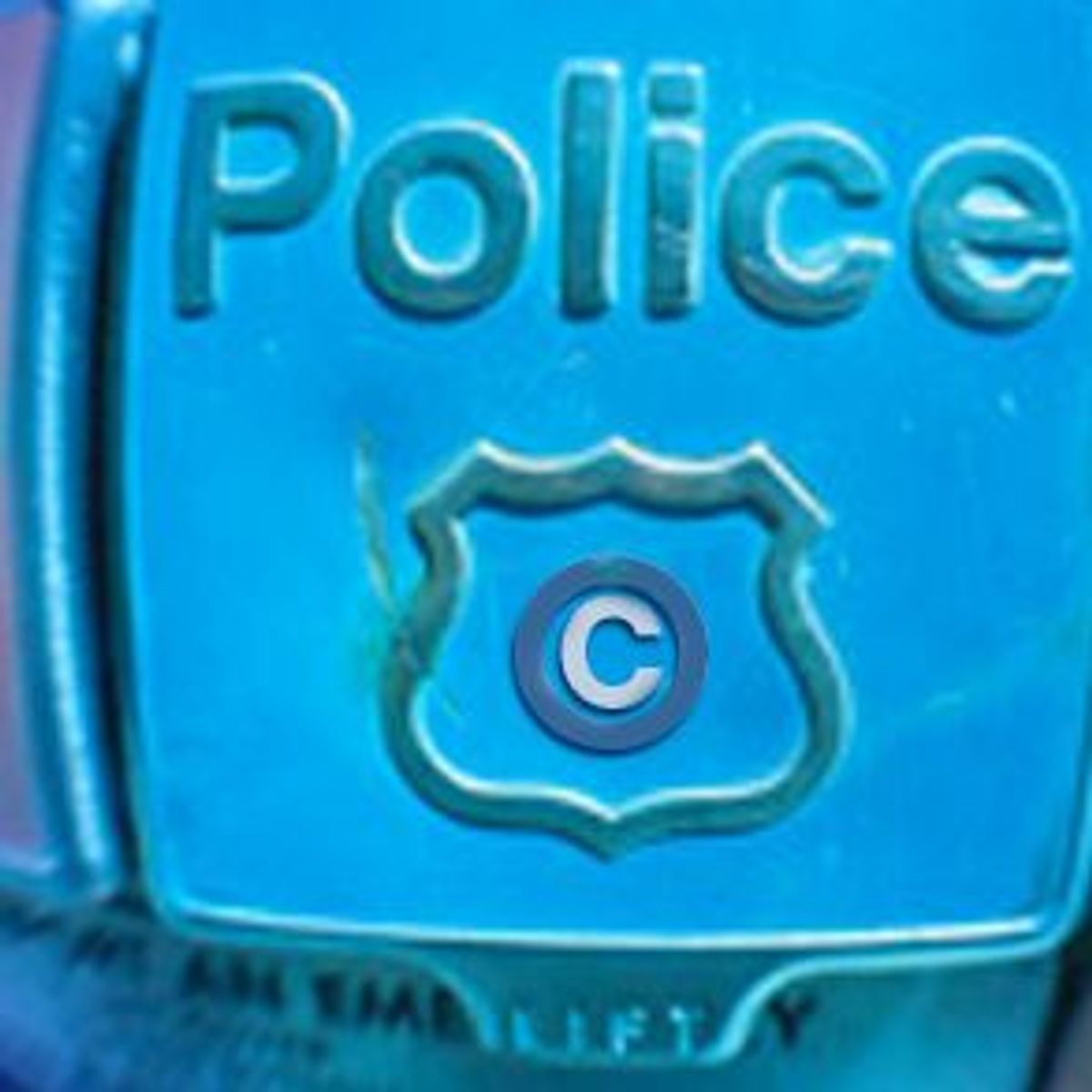 One recent Monday, my boyfriend and I returned home from a long weekend away. As usual, one of the first things we did was check our e-mail, only to discover, to our dismay, that Time-Warner Cable, our Internet service provider, had cut off access to our account sometime around midnight the Friday before. My boyfriend, a software engineer who takes his e-mail seriously, called the tech support line and was transferred to several people that evening, none of whom could help. All he could find out was that the account had been suspended for "security reasons."

The next morning, we received an express-mailed letter from Time-Warner Cable, which stated that the Motion Picture Association of America (MPAA) had accused us of distributing copyrighted material. The MPAA had determined that someone, supposedly with an Internet protocol (IP) address assigned to our computer by Time-Warner at the time, had distributed the material on July 4. The part that got me was the second paragraph: "In accordance with the Digital Millennium Copyright Act, 17 U.S.C. Section 512, (ISP name) has removed or disabled access to that material."

I cant describe the shock I felt reading that someone in my household had been accused of breaking the law. Even worse -- we had evidently been tried, found guilty and penalized before we were even told of the accusation.

The letter went on to inform us that our account would be suspended for one week, pending assurance from my boyfriend that it wouldnt happen again. There was no mention of what materials we had distributed.

My boyfriend called the number given in the letter. After 24 hours of phone tag, he finally spoke to a network technician, who told him the details. The MPAA had found out that someone had uploaded a movie to Usenet, allegedly from our IP address, on the evening of July 4. However, at that time, we were out watching fireworks. There is no way we could have been responsible for the infraction. My boyfriend logs all network activity on his machines, and there was no activity at the time we were allegedly dealing in pirated flicks. When my boyfriend suggested that perhaps the MPAA had transposed the IP address, the network guy said that that was not possible. When he asked for a hard copy of the information the MPAA had sent them on us, Network Guy agreed to send one, but as of this writing had yet to do so.

Before we could regain access to e-mail, Time-Warner Cable required a signed letter from my boyfriend promising that he wouldn't upload any copyrighted material. A few hours later, we were able to restore our e-mail accounts. It took over 48 hours to clear everything up.

But it'll take a lot longer than that to undo the real damage. The incident raises some serious questions about where our society is headed, as the corporations who guard intellectual property such as movies and popular music get ever more zealous in their attempts to prevent unauthorized use.

Why did Time-Warner take the word of the MPAA and immediately cut us off without even asking us about the allegations, or even notifying us about what was going on? We were our ISP's customers, not the MPAA -- although, of course, Warner Brothers is a member of the MPAA too. But when we asked Time-Warner about it, we were told that they "had to take immediate action."

I later learned that under the provisions of the DMCA, an ISP does indeed have to take action immediately when it is told about a case of copyright infringement. Doing so protects the ISP from liability for the transgression.

But how exactly did the MPAA get its information about the movie that we supposedly uploaded to Usenet? Is our every move in cyberspace being watched?

Basically, yes. As I researched further, I discovered there is a burgeoning industry based on patrolling the Net for copyright abuses. There is, for example, Ranger Online, a company that provides "Intelligent Online Scanning" technology to organizations such as the MPAA.

I decided to try to find out exactly how the MPAA tracks online piracy. I spoke to Emily Kutner and Hamanshu Nigam of the MPAA and told them that a friend of mine had been accused of online piracy. They walked me through the procedure they use to find cases of copyright infringement.

The MPAA looks for people who are distributing movies in any form that they are not authorized to. It uses Ranger Onlines software to monitor multiple areas of the Internet, including IRC, Gnutella, Usenet, Web sites, auction sites and ftp sites. It does this on an international basis. When it finds a location that is distributing copyrighted material, it identifies the owner and the host of the material. Citing the DMCA, it sends a letter and notifies the alleged perpetrators that they are infringing on a copyright.

When I asked exactly how they find an instance of piracy (for instance, what search parameters they use), Nigam told me the methods were proprietary information. I was particularly interested in this aspect of the process, since I was, and still am, very curious as to how the MPAA decided we had pirated a movie. Nigam did say that by the time an ISP is notified of a copyright violation, every effort has been made to determine that piracy has been committed.

Nigam also told me that if I told him my friends IP address, he could find out exactly what had happened in his case. I told him Id have to check with my friend first. Kutner then said that if my friend were truly innocent, he wouldnt have anything to hide.

The thing is, he didnt have anything to hide in the first place, and he was still accused.

My boyfriend doesnt actually care so much about his good name. He is angry that a service he pays for was interrupted for no reason. And he is worried that the MPAA will harass him some more if he reveals his IP address. Perhaps his fears are groundless, but if you had been wrongly accused and penalized, you would be worried, too.

A large, powerful organization managed to stick its nose in our business and cause us days of inconvenience and aggravation. We werent given the chance to defend ourselves until after action had been taken against us. If we are accused again of distributing copyrighted material, we lose our accounts for two weeks instead of one, and face banishment from our ISP. And not a bit of this is under our direct control.

Nigam told me that if my article had a moral, it should be that piracy is illegal and no one should trade movies without permission.

This article does have a point, but its not about piracy. Its about a flawed piece of legislation that allows a person to be penalized for an alleged action before he has the chance to defend himself. The moral of the story is that the DMCA allows you to be tried and judged guilty before you even know what has happened. The MPAA could have my account shut down immediately - or yours - and theres nothing any of us could do to stop it.

Amita Gupta is a freelance writer based in New York.