If Gary Condit had hoped his media blitz would revive his political career and win over the public, he -- as usual -- wildly miscalculated. 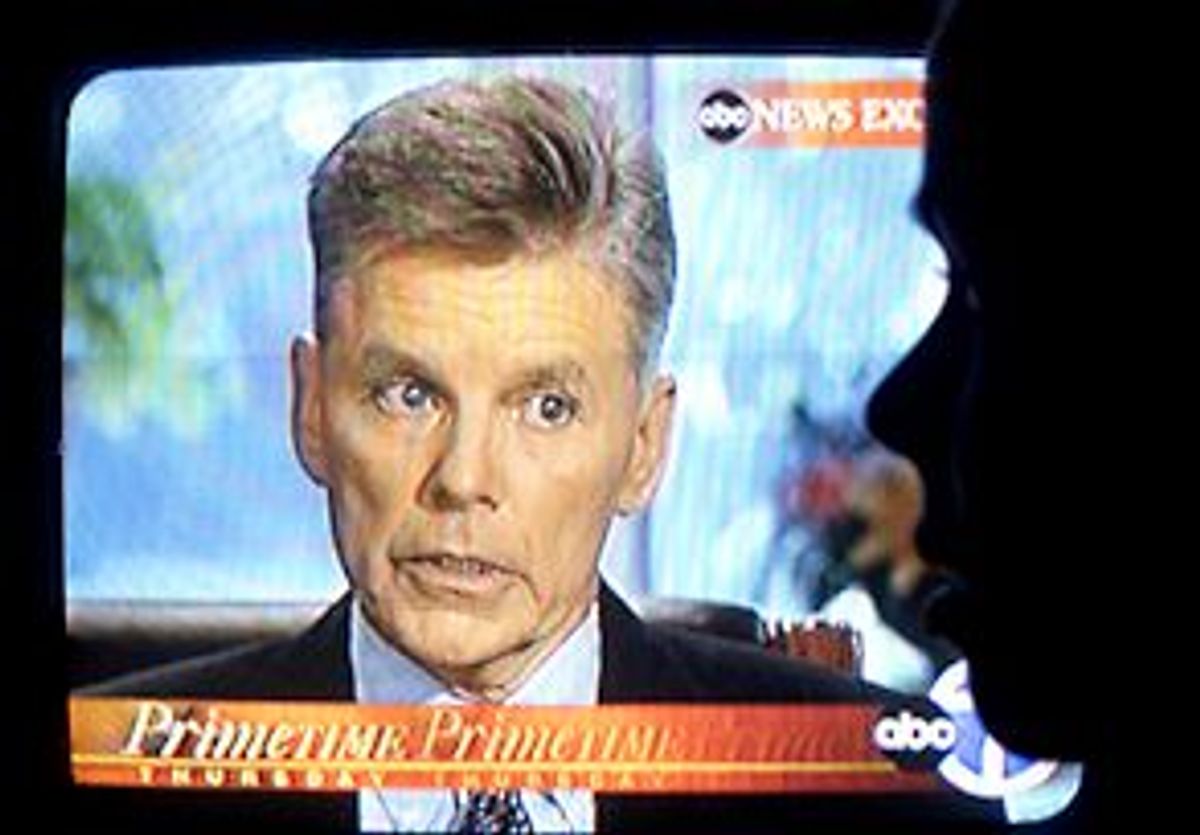 Going into Thursday's oh-so-hyped interview with ABC's Connie Chung, most pundits assumed that a carefully coached Gary Condit would act out that most familiar of '90s-era rituals: The nationwide contrition TV interview, with general statements of regret, perhaps a few tears for good measure and eighth-rate philosophizing about how it's made you a better person.

Obviously it didn't turn out that way.

Condit was well-prepared and on message, but resolutely refused to discuss his relationship with Levy or even concede any errors on his part in the months since she disappeared. In fact, while Thursday night's interview was the first time the American public got to hear Condit speak, his statements were not materially different from what his camp has been doing for months: avoiding answers to questions about his relationship with Levy and insisting he's been entirely cooperative with the police investigation, even though there are very good reasons to believe that this is not true -- starting off with statements to the contrary from the police.

That Condit would pursue such a strategy was telegraphed early Thursday in the letter he mailed to his constituents, in a People magazine story that went online earlier in the day, and later in leaks out of ABC about what he would and wouldn't admit in his television interview. If there was a surprise of the evening it was how poor an interview Connie Chung conducted and how few questions of substance she managed to ask.

Chung spent roughly half the allotted 30 minutes asking and re-asking a question Condit made it clear from the start he would not answer: whether he had had an affair with Chandra Levy. For a while, this tack worked well to drive home the point of Condit's evasiveness. But her persistence eventually became tedious and, for a few fleeting moments, even managed to make Condit appear a sympathetic character before a national audience.

In truth, there is and always has been only one real issue that matters about Gary Condit's involvement with Chandra Levy, and that's whether he had anything to do with her disappearance. On that front, there were more than enough questions to ask to take up the full interview, questions that might have pinned Condit down on specific points of the case and given us a clearer idea of whether his denials of involvement in Levy's disappearance are credible. Those might have included questions about his whereabouts at key moments on May 1, the whereabouts of his aides on the same day, whether he would release copies of his own phone records and so forth.

The cost of wasting endless time on asking and re-asking whether Condit had an affair with Levy was revealed during the second-to-last segment, when Chung moved off the did you/didn't you questions. (These Condit had a plausible rationale for not answering: He wanted to spare both his and Levy's family any undue invasions of privacy.) Then Chung finally asked some of the detailed questions that bear directly on the case -- and that Condit had a more difficult time evading.

When asked about his relationship with Anne Marie Smith and Joleen McKay (the giver of the watch, and its notorious watch box), for instance, he denied having affairs with either woman. This raised a series of troubling questions about Condit's veracity, particularly when he suggested that Smith was simply motivated by publicity or a desire to get rich off of it, or both.

That runs contrary to what we know about Smith, who had seemed one of the more reluctant of the public figures in the case, and whose supposed affair with Condit was unearthed by a tabloid. After making a few appearances to the media, she has since largely disappeared from view, vowing to try to return to a regular life. What's Condit's evidence that she was hatching a get-rich scheme?

And Condit's explanation of why he dumped the watch box in a trash can in Arlington, Va. -- just hours before police conducted a search of his home -- was ridiculous to the point of comedy. Just cleaning out his office. Nothing more suspicious than that, he seemed to claim. These exchanges took up little of the 30-minute interview, but in those moments, Condit managed to give questionable answers that, in all likelihood, will guarantee numerous stories attacking his veracity.

Condit's inevitable, startling message finally emerged. Everyone, he seemed to claim, including Smith, the media, the police -- even the Levys -- had been lying. Only he was telling the truth.

After 30 minutes of bobbing and weaving, one question was hard not to ask: If Condit didn't intend to answer questions honestly and openly, why did he agree to a nationally televised interview in the first place? The precise answer to that question is not easy to come up with. But that he pursued such an apparently self-defeating strategy actually shouldn't surprise us.

Set aside for a moment any thought of whether Gary Condit had any involvement in Chandra Levy's disappearance. Over the last 100-odd days, Gary Condit has faced perhaps a dozen separate instances in which he had to make statements to the press or have representatives do so on his behalf. In every one of those cases Condit or his representatives have either struck the tone least suited to the moment or acted in an ill-considered and even self-destructive manner that quickly landed him in even more hot water than he was to start with.

If you believe that Gary Condit is innocent of any involvement in Levy's disappearance (and that's certainly not an unreasonable assumption), some of these decisions may be understandable and perhaps even, in some abstract sense, correct. But in terms of public perception and saving Condit's career they were uniformly foolish. Condit and his advisors seemed consistently to misperceive the nature of the circumstance in which the congressman found himself and the appropriate tone to strike when communicating or not communicating with the public.

There are very good reasons to question or even despise our contemporary convention that dictates how fallen public figures must go on national TV and abase and expose themselves to continue with their careers. But there's no point in doing the confessional interview if you're not going to be self-abasing and confessional. Gary Condit and his advisors don't seem to have realized this.

All of which raises a fairly obvious question: Who's been giving Gary Condit such bad advice? It's easy to beat up on Condit's public relations advisor Marina Ein and his attorney Abbe Lowell, both of whom bear some measure of responsibility for the P.R. catastrophe of the last 24 hours. But it's probably wrong to put most of the blame on them since the pattern of bizarre misjudgments in this case began well before they started working on Condit's behalf.

To most of those who've been covering this case, it's been clear from the beginning that Gary Condit is the one calling the shots. And his inexplicably strange behavior since the beginning of this scandal only continued with Thursday night's performance, and only raised more questions about the behavior of Gary Condit.