The most hedonistic woman in America?

Alice Waters has helped us to be less worried about pleasure for its own sake. 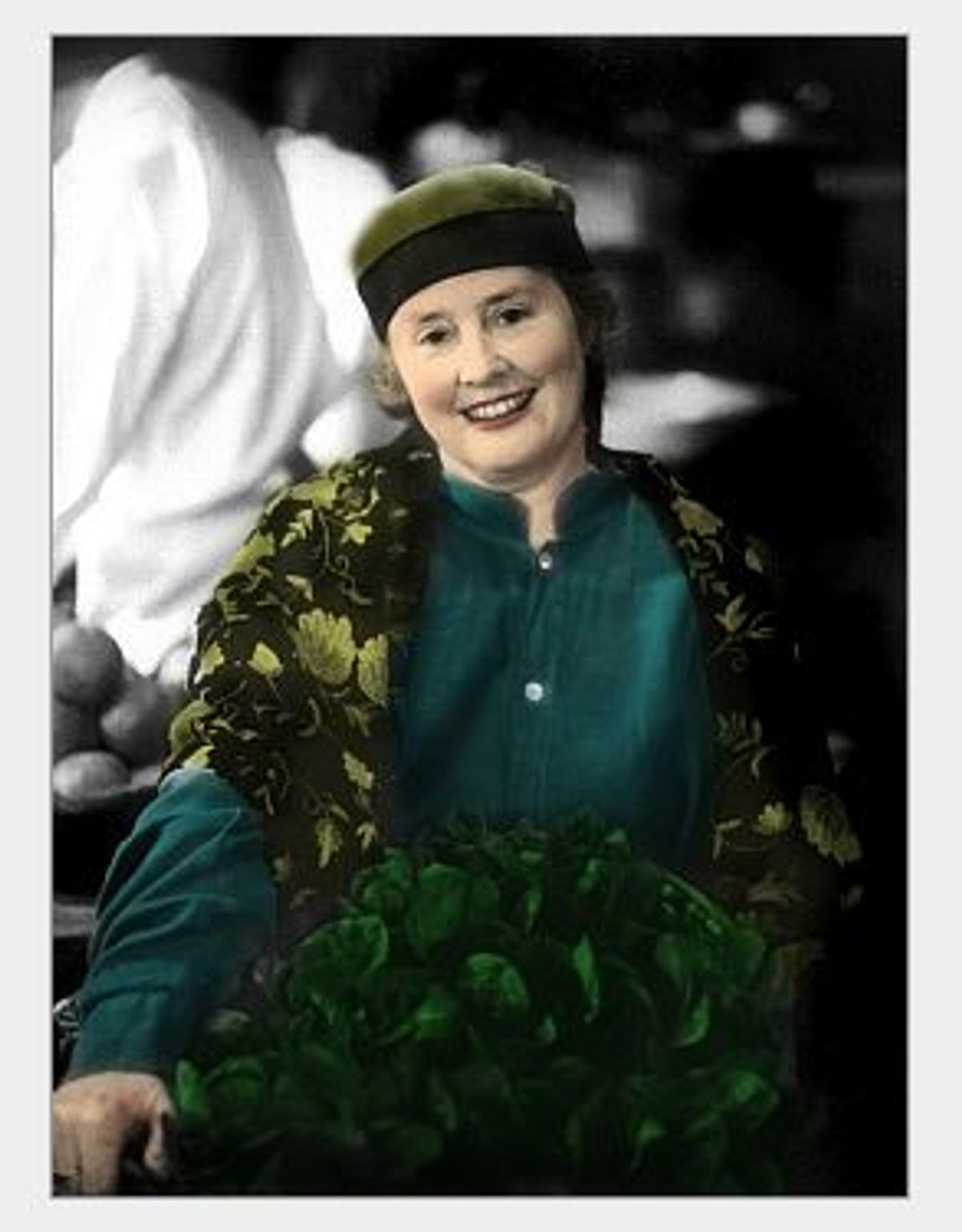 I was going to call this piece "The Sexiest Woman in America?" but theres something vulgar and simplistic about that, and since my wife, Lucy, knows that I know Alice Waters, theres no need to ask for trouble. Most important of all, it really is a profound and intelligent sense of pleasure that Alice promotes. Early on in her fascinating career she knew that food worked best as a metaphor for sex rather than the other way around.

For those of you uncertain what Im talking about, let me say that this last weekend of August 2001 Chez Panisse, a restaurant in Berkeley, Calif., celebrates its 30th birthday. In those 30 years, it has become probably the most famous and influential eating place in America. Is it also the best restaurant? I dont know, and Im never going to have the time or the blood pressure to sample all the competition. Thats why "the best restaurant" is as irrelevant a concept as "the sexiest man or woman." There are a lot of both where you could have a wonderful evening. But one large reason why America has so many good restaurants now is the example set by Alice.

The name Panisse is from a character in the films of Marcel Pagnol, made in the early 1930s and set in the French countryside near Marseilles. Thus, very broadly, Alice Waters was inspired to introduce an attitude inherent in French cooking to the American scene. That meant fresh produce, grown near the restaurant by friends, and it required tactful undercooking to preserve that nutritional freshness. It also explored the rarer components of salads and the vegetable department that were then used to compose a plate that was itself a work of art as laid before you -- but a piece of art that you were obliged to destroy.

The whole thing was called nouvelle cuisine, and over the years it has blithely taken on the best of any national cuisine it could find. Large books could be written about the way in which the Chez Panisse menu has evolved, but it has always aspired to the same things -- and these are by no means antagonistic to sexual pleasure -- fragrance, flavor, sensual pleasure, developed appetite in a healthy body.

Now, in a nation as puritanical as this one, and as thoroughly nervous of pleasure for its own sake, it is still possible for a restaurant review to sound elitist and decadent. And many of those God-fearing defenders of the straight and narrow way lunch on a cheeseburger and double fries. Which is their right and privilege, even if it hastens their death and restricts their sense of life.

Chez Panisse is a restaurant in a privileged part of the world. It requires highly skilled workers and expensive, handmade ingredients. So it is not cheap food. Nor is it by any stretch the most expensive restaurant in America. Indeed, Chez Panisse has strived to keep its prices moderate and fair. And because Alice herself is frequently not just in the kitchen, but out and about in the restaurant talking to her customers, no one could regard her as a profiteer. She has done well enough out of it, I hope, and been happy, but she maintains the restaurant life (which never stops) and has never paused to cash in, or to yield to offers to franchise the name "Panisse" so that its menu came deep-frozen out of factories in New Jersey. Instead, she is dedicated to the moment and freshness of our pleasure.

So theres no need to refer to figs and oysters or the eternal aphrodisiac content in food, no need even to play upon the ways in which we speak of sex as if it were a meal. The most important thing -- and it has to do with the belated maturation of this very reluctant America -- is that Chez Panisse has looked pleasure in the face, kept from blinking and said, yes, that is for us. Because, after all, life is hard enough, surely too short and deeply unfair. But life deserves our enjoyment, and life will never improve unless the philosophy of pleasure is understood and grasped with gentle hands. That is not simply self-indulgence, abandon and irresponsibility. It is in the most real sense a diet for the nation that would let us be healthier, wiser and kinder. The best way to defeat a tyrant is to let him poison himself. The best recipe for a benevolent leader could be a light polenta with the freshest anchovies and basil, and this rather insolent Pinot that we happen to have.