Without hair, I am nothing

When my naked pate started to emerge, my confidence disappeared. 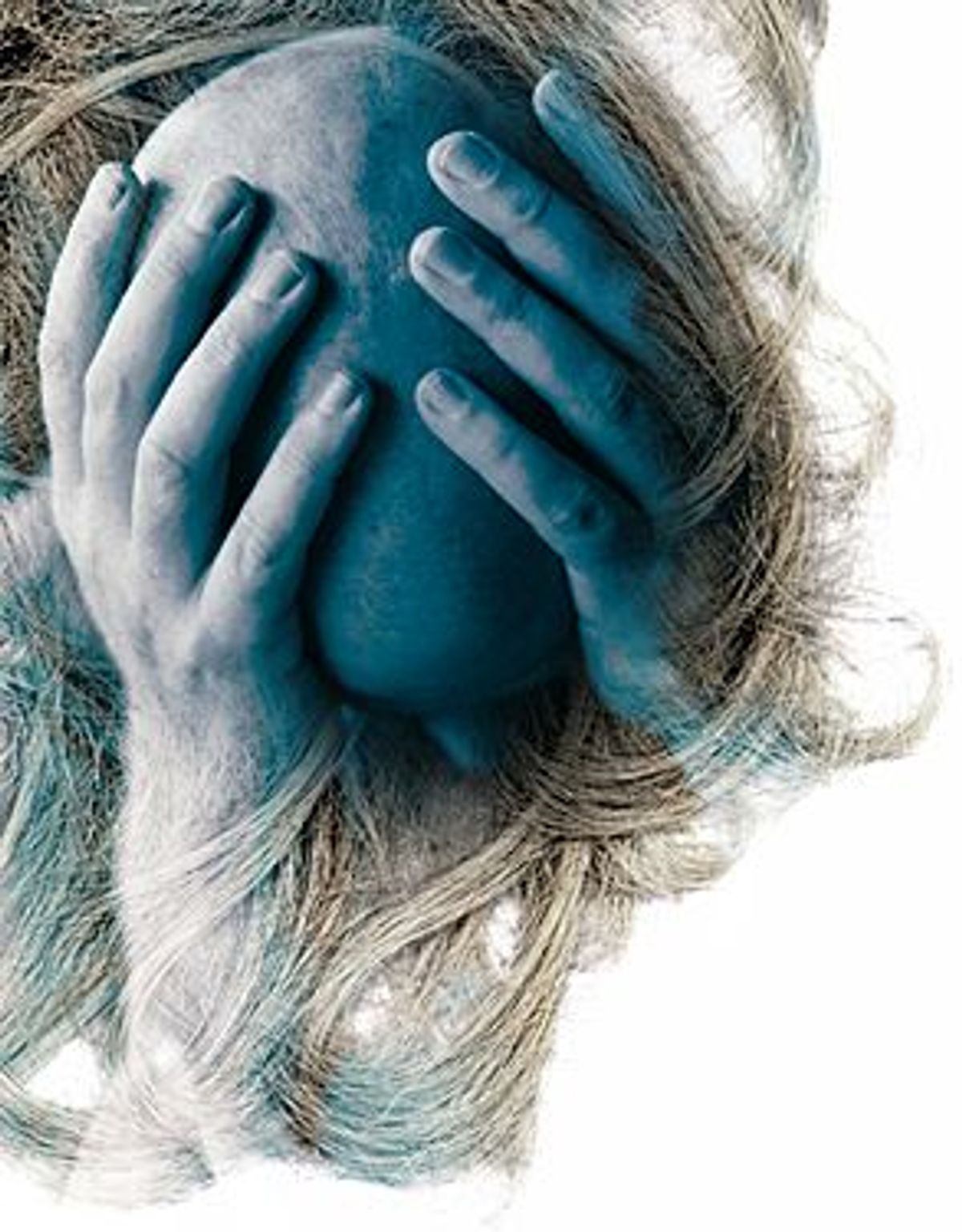 I don't even remember her name. For some reason, she and her two friends had come along on my high school's Japan study tour, and spent the entire trip complaining. The only time they were happy was when they were eating at McDonald's, shopping at a Tokyo Bloomingdale's or getting drunk in their hotel room.

So, when I had to sit in front of her on the flight home, it shouldn't have surprised me that she worked hard to make it miserable for me, kicking my seat, throwing trash at me and fighting to keep me from reclining. And it probably shouldnt have hurt me when, in a fit of rage, she called me "baldy."

I was 17 years old when my hair started thinning. An extraordinarily self-conscious teenager to begin with, my first stop when I got to school each morning was the bathroom mirror to make sure that I still looked OK -- 10 minutes after leaving the house. Nervously, I would run my fingers through my long, thick curls, adjusting and readjusting, never changing the way they looked but reassuring myself all the same.

For years before this, I had hated my hair. Those same curls, which I now cherished, stuck out in abnormal ways when they were cut shorter, and they never looked the way I wanted them to. I had always wanted to have straight, shiny hair, with a single strand eternally wandering into my eyes, à la Johnny Depp. I tried everything to get that hair -- smoothing, slicking, parting differently -- but my stubborn curls just wouldn't vacate the premises.

It wasn't until my freshman year of high school that I saw another boy who had grown his curls long. Though I joked with my friends about how big his hair looked, secretly I admired his freedom and daring. Shortly thereafter, I began to let my own hair grow, learning to enjoy those same curls I'd hated.

Once I was a senior and began dating, I drew much of my confidence from my hair. My self-esteem was inexorably wrapped up in my appearance, and those curls became a self-defining characteristic. Which was why, looking back, it seems so ironic that as soon as I grew to appreciate my hair, I began losing it.

If you watch people with long hair, they tend to move in certain ways to facilitate the proper motion of their tresses. Much more than a mere functional flip of the head, people dance with their hair, walk with it, play with it, talk with it and turn with it. People incline their heads to let a curtain of hair draw across their face; they secretly thrill every time they are forced to tuck a bang behind an ear; they strut a certain way so their hair bounces just so.

It wasn't until after my hair started to thin and I had to cut it short that I learned just how hair-centric my own movements had become. Those same movements that had once felt graceful when centered around long hair, became unnatural and even unpleasant. I realized this over and over again after my hair began to thin, and I went through cycle after cycle of growth and trim, spurred on by a nostalgic yearning for long, thick hair yet disheartened by the harsh reality of my own thinning hair.

My mind was a fortress of denial as I rationalized the shifting continents of my scalp. My senior year, a well-meaning but insensitive boy standing in a position to see the top of my head kindly informed me that I was losing my hair. "No, I'm not!" I retorted, quickly relocating so no one else would be privileged to a similar view. "I just have a cowlick."

When a doctor bluntly informed me that I had male pattern baldness, I quickly dismissed him as unknowledgeable. But, by the time the cruel bitch sitting behind me on the airplane called me "baldy," I was beginning to fear that she would soon be right.

As my part slowly widened, and the crown of my head began to emerge, my parents began to worry. Since male pattern baldness is not in our family history, they frantically searched for an explanation for their son's thinning hair.

While I wanted to practice the guitar or meet girls, my mom dragged me to doctor after doctor. We examined my diet to make sure I had enough protein and keratin; jello and meat quickly became staples in our house. My hair-grooming routines were next in the lineup; maybe my hair was breaking off from mistreatment. On this theory, I changed from one brush to another to a wide-tooth comb, looking for the most gentle treatment. Finally, to prevent breakage of the hairs, I just stopped combing it altogether, relying solely on my fingers.

I once read a survey that showed that most bald men would sacrifice five years of their life to have hair again. Before my own hair had started thinning, I would have wondered how anyone could be so superficial. It seems ludicrous that a cosmetic change could make such a difference. But it does.

As my hair went, so did my self-confidence. I didn't date at all for the majority of the next two years. I wasn't secure in myself as a person, and I felt so unattractive that I couldn't understand why anyone would be interested in me anyhow.

My freshman year at college was largely miserable, as other problems only compounded my crushing lack of self-esteem. Over the course of that year, there were only three people at my university who I considered friends. Two of them had thinning dark hair.

Home over winter break, I was finally referred to a dermatologist who specialized in hair problems. Fortunately, she lived in the city where my university was located. I would have traveled across the country to see her if she hadn't.

In the days before "Rogaine" and "Propecia" became household words, she knew of and prescribed me a hair loss treatment. My salvation came in the form of a once-daily pill and a twice-daily solution for my scalp, which would help to stop my hair loss and restore what had already been lost. The pill had to be carefully sliced into fourths with a razor blade, the solution irritated the hell out of my scalp and both cost an arm and a leg, but I never once resented it. Shortly thereafter, my hair began to thicken and regrow.

As my hair grew back, so did my confidence. I began dating once again, wearing my self-worth upon my head. Yet, I carried my shame with me, taking extreme precautions to conceal my treatments from everyone, even the roommate with whom I shared a single, closet-size cell. I would linger in the public bathroom that was shared by the entire floor, drawing out my tooth brushing until, in a moment of solitude, I could stealthily satisfy my need. More than once as I cut pills, the parallels between my behavior and that of a drug addict crossed my mind.

I don't know how many times I've thought that I should just give it up and let my hair go the way it was meant to. But every time I look in the mirror I know why I can't. I know that man is superficial by nature. We love to look good and are willing to trade years of our lives for it. Or, in my case, willing to undergo daily hassles and expenses to hang on to what I wasn't meant to have.

Ray Smith is a psuedonym for a writer Pennslyvania.