Out of the big house and into the trenches

Imprisoned under mandatory sentencing, freed by President Clinton, now Kemba Smith and Dorothy Gaines, ex-con mothers, have to get their kids to school on time. 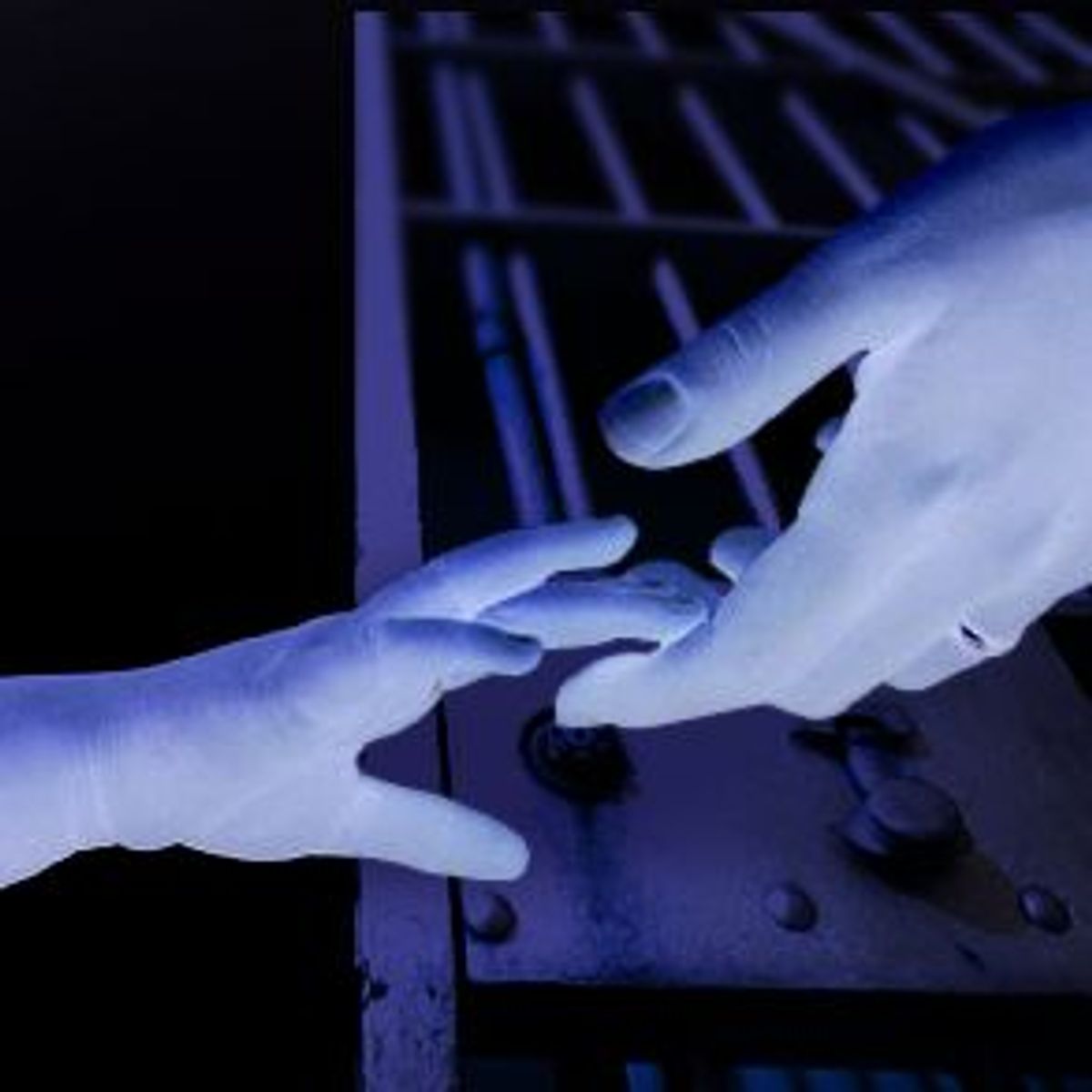 Kemba Smith and Dorothy Gaines met in 1995 inside a federal prison in Danbury, Conn. The two women quickly found they had a lot in common. Neither had sold drugs but both were there on drug charges. Both had been convicted under conspiracy laws that held them accountable for their boyfriends' crimes. Both -- like a grossly disproportionate number of those doing time on drug charges -- are black.

Gaines, a nurse's assistant, had dated a drug user who was part of a crack ring in Mobile, Ala. Several of his associates testified that she had kept crack at her house and delivered it when told -- allegations she denies. She was convicted in federal court solely on the word of witnesses who received sentence reductions in return for their testimony. Smith was a freshman at Hampton University in Virginia when she too made the mistake of dating a drug dealer. He was found murdered before he could be tried and Smith was held responsible for his activities.

Both women received brutally long mandatory sentences: 24 years for Smith and 20 for Gaines. And both -- like more than 50,000 other mothers in state and federal prisons -- left behind children who were devastated by their absence.

A few months after the two women met, Gaines was moved to a facility in Florida. On Dec. 22, 2000, President Clinton gave both women executive clemency. While prisoners serving long sentences on similar charges number in the tens of thousands, Smith and Gaines both had lawyers who had relentlessly pushed their cases through the appeals process, and both had received media attention focusing on the injustice of their sentences. They went home the same day -- Smith to her parents and her 6-year-old son, and Gaines to her three children and three grandchildren. Smith returned to college. Gaines is looking for work.

The two reconnected soon after their release and began traveling the country speaking against mandatory sentencing and drug conspiracy laws. On a recent stop in San Francisco sponsored by Legal Services for Prisoners with Children and several other organizations, they sat together in the atrium lobby of the Embassy Suites Hotel in South San Francisco.

A slight woman in gray sweats, white Nikes and silver hoop earrings, her hair pulled off her face in a hairband, the 29-year-old Smith still looked like the college freshman she was when she was arrested. In a purple shirt and wire-rimmed glasses, her hair carefully arranged in a braided bun, Gaines also looked younger than her 43 years.

As Smith's son Armani -- a wiry, energetic boy in T-shirt and shorts -- raced through the lobby under the supervision of Smith's parents, who were traveling with her, the two women spoke about their cases, their families and reconnecting with their kids.

How old were your children when you were sentenced?

Gaines: My son, Philip, was 9 years old and my daughters, Chara and Natasha, were 11 and 19. The day I was sentenced I remember them saying, "235 months." I heard Philip screaming. As the marshals escorted me out, he caught on to the judge's leg and said, "My father died when I was 2 years old and my mama's all I got. Don't take her away." The marshals had to pry him off the judge. One marshal was crying. She was saying, "I can't deal with this."

I called Philip when I got to Danbury and said, "Don't be so upset about the 20 years that I got, because I see people here that's got life." He said, "Ma, that's life if you're children. I'm doing life with you."

Smith: I turned myself in at seven months pregnant. My son Armani was born in Suffolk, Va., in a hospital near the county jail. I thought if I pled guilty I would be allowed to go home to have my son, but that's not what happened. Directly after Armani was born, two U.S. marshals came in the room and shackled me to the bed.

I spent two days with Armani in the hospital. Then he went home with my parents and I went back to jail. I hadn't been sentenced yet and I still thought I was gonna go home. At my sentencing hearing, the judge sentenced me to 24 years.

How did your children handle your incarceration?

Smith: Usually during visitation, when it was time to go, Armani would hug me extra hard, but it wouldn't be that difficult to get him to leave. But there was one time when he just started screaming and crying. He said he wanted to stay with me and he didn't care where it was. That really broke me down. After that visit I went and laid down and I was going spastic mentally, thinking, How am I gonna get out of this so I can get home and end this misery for him?

Gaines: When Philip would come to see me he would cry and break down. The visits were hard for me, because the adjustment after they left was just terrible. The last year, my son refused to come and see me in prison. He said he couldn't accept it anymore. The night I was on my way home from prison, I called and he said, "Listen, Ma, I don't ever want to talk to you on the phone no more. I'll see you when you get here."

Dorothy, your daughter Natasha took care of your younger children when you were in prison. What was that like for her?

Gaines: Natasha is smart. She was a straight A student and she was already in college. She had to come out of college and leave her education alone after I went to prison. That bothers me a lot. She went through a lot while I was incarcerated, but she held together and I'm grateful for that. Now she is enrolled in school again. She wants to go on to law school.

How did you learn you had been given executive clemency?

Gaines: That Friday morning I was so depressed, the devil was sinking into me. I called my son to see how his behavior was. He was down because it was coming up Christmas and I was telling him, "Don't give up yet. The day is not over. You never know what can happen today." The call waiting buzzed and he answered the other call. It was a lawyer calling to see if he had seen Clinton's press conference. Then the phone buzzed again. It was my appeal lawyer calling to ask if we had seen the press conference. I said, "Philip, let me get off this phone so I can call my attorney." I finally reached him, and he said "Dorothy, go pack. You and Kemba are released today." I dropped the phone and said, "I'm going home! I'm going home!"

Smith: That day I had a visit from my attorney. When I came out of the visiting room, there were a whole bunch of women coming up and congratulating me, telling me I was going home. They had heard a list of clemencies on CSpan and my name was on it. I called home and my parents already knew. My mom was hysterical. I could hear Armani saying "Let me talk to Mommy!" I told him that I would try to make it home that night.

I was happy that I was going home, but it was also very sad and solemn. I had developed good friendships, and I knew that my friends wanted to come home too. Their kids are waiting too.

You each spent more than six years in prison. What has it been like to reconnect with your kids after that kind of separation?

Smith: Armani is an excellent child. My parents did an excellent job with him. As far as our relationship and me being home, I think it was more of a shock for me than for him. For him it was just like, "OK, Mommy, you're home. Now you do everything." It was hard for me, and I'm still trying to grasp everything. You have to have a lot of patience. When I got out, Christmas was there and I was trying to put toys together before he got up, and I was thinking, I don't know what I'm doing.

Gaines: Before I went to prison, I had Philip in Boy Scouts, Little League, football, all that stuff. When I left, all that ceased. He was an A student when I left. Now he's 16 years old in the eighth grade. He totally lost it when I went to prison. He tried to commit suicide three times. He tried to commit suicide when I got home because he said he just couldn't believe it. He would walk up and touch me to know I was really there. He'd say, "Mom, you don't realize, you can't just walk back into our life and have everything be OK. You've been gone for six years."

Why do you think he tried to kill himself even after you returned?

Gaines: I don't know if it was too overwhelming for him, or to try to get more attention. I just don't know. You lose everything by going to prison, that's another problem. I can't get public housing because I have a drug record, so there are eight of us living in a house with one bathroom.

I know he's happy that I'm home, but he lost everything between 9 years old and 16 years old. Those are hard years for boys.

What has it been like day to day since you got out?

Smith: Day to day it's been me understanding what my full responsibilities are, especially living in a house with my parents when they'd been doing everything. It's been about understanding that I need to get up at a reasonable time so I can get dressed, get Armani dressed, set out breakfast for him, make sure he has his book bag and his homework straight and take him to school. Then I go to work and go to school, then pick him up and come home and help him with his homework. Then I give him a bath and put him to bed and finish my own homework.

I give my mom a lot of credit. I would call home and she would tell me how she was tired. And I'm like, "Tired from what?" But now I perfectly understand.

Gaines: My kids, both Chara and Philip, had flunked. Philip had got to where he didn't want to go to school. So I went down to the school and said, "I'm Dorothy Gaines. I'm here to put my kids back in school because I want them to have an education." When I put them back in school I could see a change in my kids right there.

My son had his pants hanging down and wanted to wear this afro. I said, "The hair is coming off and the pants are coming up." They knew then that Mama's back in town.