The case of a former Conservative MP and his wife, who were arrested on sex charges, has turned into London's weirdest political sideshow. 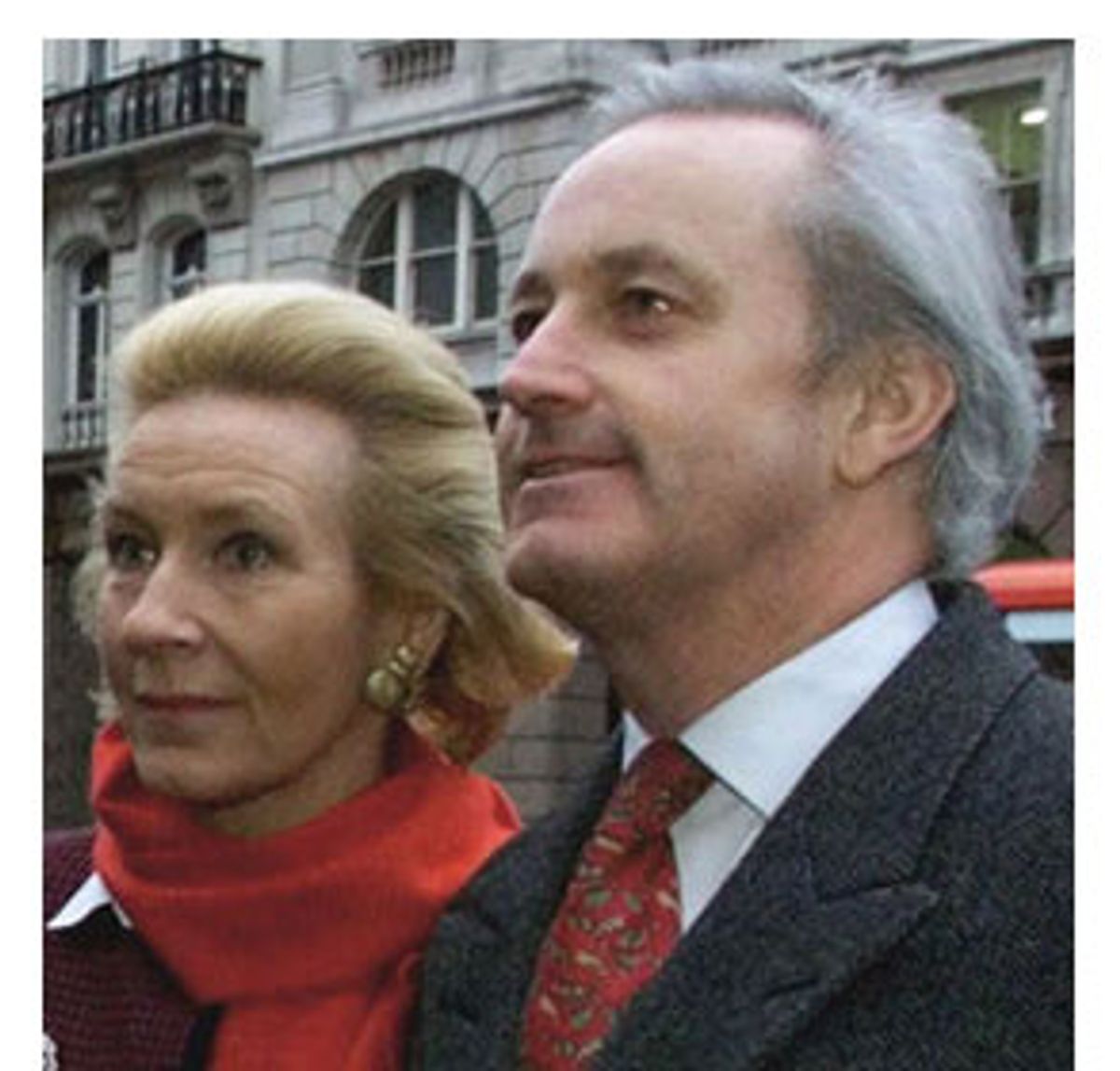 It hasn't been a good summer to be a disgraced former politician in Britain.

First we had the delicious experience of seeing Jeffrey Archer, the bestselling novelist and former Thatcher acolyte, sentenced to four years for perjury during a libel trial. (Typically for Archer, he initiated the original libel case, perjured himself and only got found out when a former friend decided to teach him a lesson.)

Just when people thought it would be impossible to trump the Archer case, along comes the astonishing news that an already disgraced former Conservative MP and his wife were arrested for rape and gross sexual indecency by police in London.

Neil Hamilton was an unimpressive and relatively anonymous Conservative MP until it emerged in 1999 that he had taken cash and accepted presents and favors from Harrods owner Mohammed al Fayed in return for asking questions in the House Of Commons.

It was a charge that the eccentric Egyptian millionaire (he has repeatedly claimed that Princess Diana was about to marry his son Dodi before they were both killed in Paris, a notion that still sends members of the British establishment scurrying for their smelling salts) was happy to repeat ad nauseam, and the resulting case destroyed Hamilton's career. It also gave al Fayed the opportunity to make several wild allegations from the legally protected sanctuary of the witness box, and made a star of Hamilton's bullish wife, Christine.

But while the couple have become a weird political sideshow for the last few years, appearing on satirical television together at every available opportunity and seeming quite happy to swallow the insults as long as they got paid, even their harshest detractors are uncomfortable with how the pair are now being treated.

The couple were arrested after an anonymous complaint was made about them raping and abusing a young woman at a party. Immediately, rumors claimed that the Hamiltons were enthusiastic swingers -- a not utterly outrageous claim in an environment renowned for kinkiness and where one of Hamilton's Conservative colleagues, Stephen Milligan, killed himself in a sex game gone wrong long before INXS singer Michael Hutchence ever heard of auto-eroticism.

But as both sides desperately tried to take control of the story, it began to look as if the Hamiltons had been spinned against. Notorious publicist Max Clifford had been approached by the accusing woman several days before the actual event was even alleged to have taken place, and the London Metropolitan police were criticized by civil rights campaigners for arresting the couple with such alacrity and on such flimsy evidence.

Then, as debate raged about the morality of women being allowed to make anonymous rape claims, the alleged victim went public.

Twenty-eight-year-old Nadine Milroy-Sloan outed herself to the low-rent tabloid News of the World in an attempt to fight back against what she described as "the Hamiltons' sickening lies and attempts to discredit me."

Just what she expected them to do in that situation remains unclear, but Milroy-Sloan, a trainee college lecturer, may have made a fatal tactical error in exposing herself. Her ex-husband was quick to regale a salivating media with tales of lesbianism, swinging and threesomes, and rather candidly claimed her voracious sexual appetite led to the breakup of their marriage.

She has four children from three different men, and has now been accused of being a fantasist who has made unfounded rape allegations in the past. The fact that the Hamiltons have six people prepared to place them at a dinner party on the other side of London on the night of the alleged incident also worked in their favor.

With such evidence seemingly stacked against Milroy-Sloan, then the obvious question is: Why? The Hamiltons are bankrupt, both financially and politically, so there is nothing to be gained there.

Conspiracy theorists are speculating that al Fayed, a phenomenally wealthy man who despises the couple, may have paid the woman to make the claim out of sheer malice.

But perhaps the best conspiracy theory is that the Hamiltons themselves are behind the whole affair. Financially ruined, they are now talking about suing both the police force and the newspapers that characterized them as brutal rapists or overly enthusiastic swingers. Should they win these cases -- more than likely now that the police have dropped their investigation and stated that they have "found no evidence to support the allegations against Mr and Mrs Hamilton" -- they stand to amass a small fortune in damages.

In a way, it's a nice idea. After all, nobody wants their juicy scandals to actually involve serious bodily harm.

But looking at the once ferocious and proud Christine, leaning against her husband's shoulder in an unexpected role reversal, it became clear that even if the charges are dropped and they win their inevitable libel and false arrest cases, the curtain has finally closed on the couple's strangely charming double act.

Note: In the original version of this story, the Conservative politician who died under mysterious circumstances was misidentified. A correction's been made. Salon regrets the error.

Ian O'Doherty writes for the Evening Herald in Dublin, Ireland.