The hippie mom and others respond

Sarah Beach, author of "Curse of the Hippie Parents," is both hailed and criticized by readers. 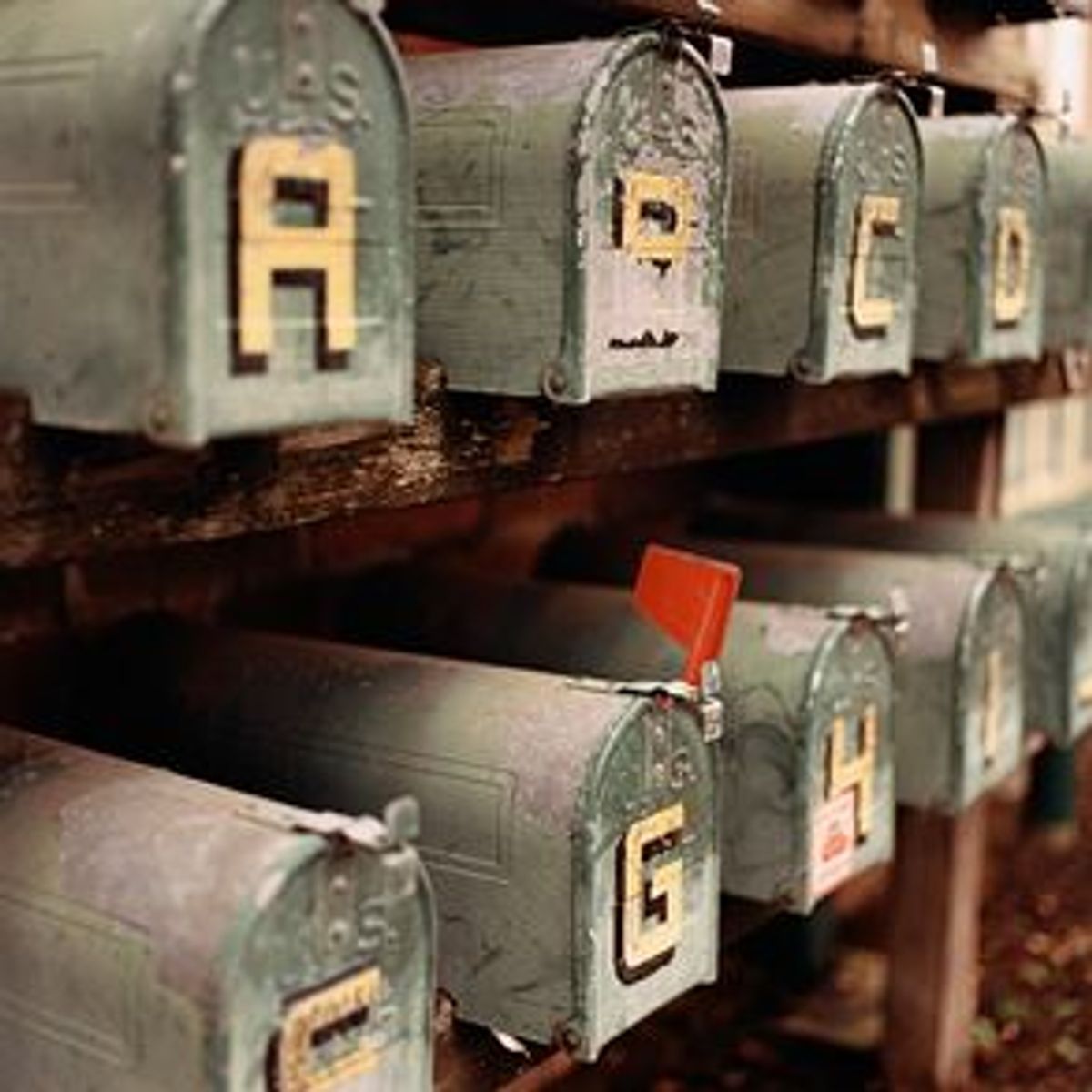 Awesome! Amazing! Honest! Encompassing to read and much more ... Sarah Beach hits a home run for her Hippie Parenting article. I can vouch for all of it.

What Ms. Beach experienced was nothing short of neglect and molestation. Though I don't doubt that other "hippie children" experienced such things, I do doubt that it was quite as prevalent as Ms. Beach would have us believe.

I knew quite a few "hippie children" in high school. They were, for the most part, infinitely funnier, smarter, better read, more spontaneous and less hung up than the rest of us. And they were happier, too.

I wonder how they got that way?

"Paranoid ultra-conservatism of the '50s?" This child has been brainwashed.

While Sarah Beach's childhood may resemble that of many hippie children, it does not speak for all of us. There were many hippie parents, like mine for example, who were able to raise freedom-loving children without exposing us to more danger than your average (lets say square, for old times sake) kid. My mom referred to it as "casual parenting." Basically unfettered, me and my siblings ran around in the woods sans bug repellent, and wove God's eyes beyond measure. My parents didn't impose any "freedoms" on us; we had to find our own pot to smoke. As a result I ended up trying pot later than many of my square classmates, simply because my hippie attitude kept me from having metal-head friends.

I'm not trying to deny Ms. Beach's experience, I just feel its important to remember that not all hippies were the same, and many of them were excellent parents, who struck a cunning balance between rejecting the constrictive culture of their parents and embracing the responsibilities of parenthood.

I'm so proud of my daughter I think I'll have a T-shirt made: "Hi! I'm Sarah Beach's Hippie Mother." (Thirty years ago I would have embroidered my own.) Many things about Sarah make me happy: her writing, her art (she's a hugely talented sculptor, painter and graphic artist), her compassion, her wit. But most of all I admire her courage.

Sarah's memories of her childhood are not always the same as my own, or her brother's, or the others who were part of our "Big Family." All remembered versions of those realities are equally true. Sarah wrote for Salon to call attention to a problem she sees developing -- a revival of interest in communal living that ignores the potential dangers to children raised in non-traditional settings. She used her own experiences, as good writers do, to illustrate her message.

Whatever mistakes I made as a parent, one of them wasn't a failure to pass on some important values. Maybe that's as much as parents can hope to do -- and maybe Sarah has helped some new parents do it while better protecting their children in the process.

A hearty "Amen" to Sarah Beach!

As an ACH (Adult Child of Hippies) I can completely identify with the experiences she details in her article. I remember (knowing that pot was illegal) the constant fear that "the man" would come and bust my parents, haul them off to jail and leave us (brother and self) even less cared for than we were already. I was terrified when, at school, I made friends with a police officer's daughter. I found excuses to spend all our playtime at her place, the playground or the mall. No way was I letting such a potentially dangerous person in our home!

Part of the reason I've never felt ready to have kids myself (and never will) is the fact that I never got to be one. It's still all I can do to parent myself!

Thank you, Sarah Beach, for a sharp, clear picture of supposedly idyllic childhoods.

Oh poor Sarah Beach. Children always find something to complain about, but in her case I'd say the most dire warning missed is to not raise kids in a commune lest they grow up to be whiners.

She sounds like a mostly intelligent grownup who chooses to blame her promiscuity on her upbringing, when in fact kids with uptight backgrounds often do the same. She had every choice, she just made ones that were poor for her. Grow up! Take responsibility! Your life as an adult is not your parents' fault!

-- Cynthia Wales, another child of hippies

This is something we don't hear enough about. I too was raised by a hippie parent. In my case, my mother's desire to divorce my father and "find herself" resulted not only in a total lack of discipline and boundaries, it also resulted in her murder when I was 10 years old, the result of a drug deal gone bad.

What I find especially disturbing is that, while many trappings of hippiedom have largely gone away, I still sense amongst many boomers a strong self-absorption and sense of entitlement, which seems to yield similar familial problems. Preoccupation with "feelin' good and doin' it" has morphed into preoccupation with careers and material things. While it may no longer be okay to run naked through the woods, it's okay for Britney and Dylan to go to all-weekend raves and take ecstasy 'cos Mom and Dad just have too much else going on to supervise.

After reading the very entertaining essay on growing up without limits, I am feeling very conflicting sets of emotions. On the one hand, I can accept that parenting involves setting limits and teaching children what is right and wrong.

My experience is very different from Sarah Beach's. I grew up in a family where sex was such a forbidden subject that I waited in fear to lose my virginity at an age well past 30. In addition, I have recently witnessed a close family in which all aspects of day to day life were rigidly controlled in a loving, conservative Christian way. The eldest boy recently killed himself without warning. I blame the control -- too many boundaries left him feeling trapped, with no way out except death.

There is a middle ground. It may be that the grass is always greener on the other side of the fence, but Sarah Beach's story doesn't sound all that bad. Uncritical acceptance of the hippie era is bad, but from my angle, it looks like people were trying something new in the 60's, unlike today, when making a killing in the stock market/interet seems to motivate far more people.

While I'm sure many of us lefties will get a chuckle out of this story, I can't help feeling that this story and the others like it will just serve as fodder for the likes of Michael Savage, Rush Limbaugh, ad nauseum who will hold it up as an example of what happens when the ideas of those evil liberals are put to the test. Sigh.

I'm getting a little tired of the entire hippie bashing thing that's going on now. It's almost as tiring as the damned "greatest generation" rant. No one has a perfect childhood and I can definitely see that the author worked under some interesting handicaps. BUT if she'd been raised with a hundred rules (as she claims to have desired) -- none of which seemed reasonable at the time and all of which were not under her control -- she'd be complaining about that and stating how repressive her childhood was!

I'm glad her life is going the way she wants now, but it seems like everyone reacts to their childhoods by either bemoaning, exaggerating and blaming their parents, or by becoming their grandparents!

Let's quit the whining and take responsibility for our own lives. The past is past -- just get on with it!