What are we fighting for?

I might have thought that losing my pregnancy would turn me against stem cell research. But it had the opposite effect. 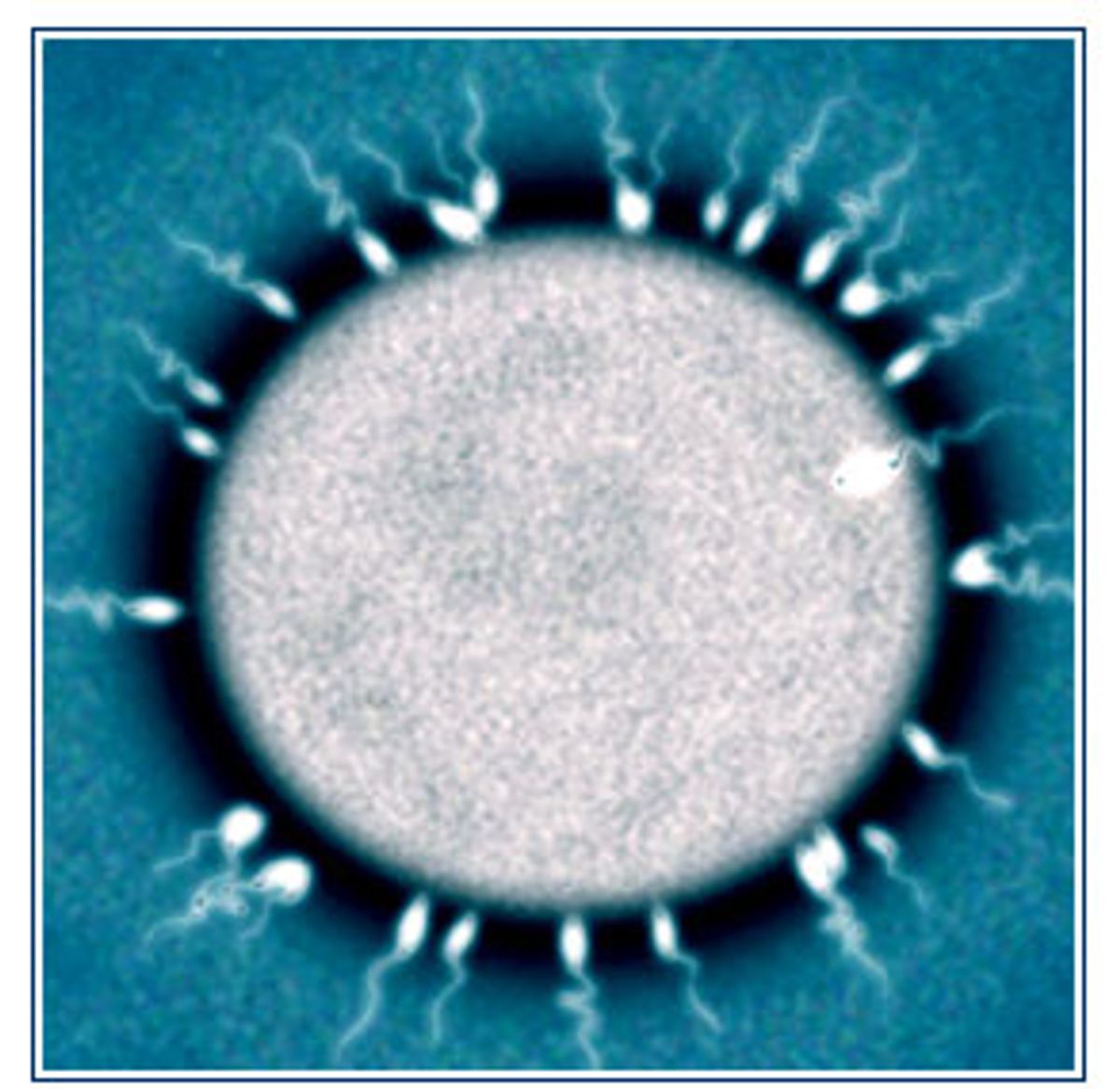 The beginning of human life is under scrutiny as never before. Late-reproducing baby boomers have pushed reproductive science toward more and more intensely technological end runs around ever more minute problems on the way toward the holy grail of fertilization (with the result that fertility specialists measure their success rates in positive pregnancies, not healthy babies). At the same time, even us Gen-Xers who can still try to make babies the old-fashioned way are testing earlier and earlier for pregnancy, becoming more and more invested in life beginning as soon as we see two pink lines on those plastic sticks.

Having just scrutinized a pregnancy that ended at the point when most stem cells are collected, I've decided to push away the microscope to look at the problem as a mother. I might have assumed that losing a very early pregnancy would have made me an opponent of stem cell research. Surprisingly, it had the opposite effect.

Some embryologists argue that an individual's life begins about 14 days after fertilization, as the possibiity of separation into a pair of twins disappears. Others see life as a process, unfolding as the egg and sperm (already both living things) join and gain complexity over a longer period. Then there are those, like William Calvin, president of the anti-abortion group LifeNet Inc., who call leftover fertilized eggs created for in-vitro fertilization "children who have been living to this point as frozen embryos."

Many women these days refer to their loss of very early pregnancies as "having a child in heaven." The first time I saw this term was on an electronic bulletin board for women trying to conceive. I had tapped into the board as I began to worry that I was in the process of losing my own pregnancy, but it was too soon to tell.

The greatest hormonal changes occur early in a pregnancy, then reverse rapidly once a pregnancy ends, so as my body pulled its second 180 that afternoon in front of the computer, I empathized with my sisters on the bulletin board. Awash in hormones and emotions, I understood the desire to dramatize the surge of biochemicals that had crashed over me going in one direction, only to riptide back a couple of weeks later.

My husband and I had tried for months to conceive, so that afternoon, not knowing whether I was just "spotting," or losing the pregnancy altogether, I read the board messages with my three positive home pregnancy test sticks lined up in front of my monitor. It was as if I had to prove to myself I hadn't imagined the whole episode, like the women whose phantom pregnancies turn out to be bad gas.

After a few hours of bleeding, as well as three, unquestionably negative home pregnancy tests, my obstetrician explained that what I had experienced was not even considered a miscarriage, but just a "chemical pregnancy." Oddly, this new phrase was more comforting than dismissive.

Doctors now rely on the new term "chemical pregnancy" for very early pregnancy loss because pregnancies are being detected earlier and earlier -- both due to infertility treatments and the availability of sophisticated over-the-counter ovulation and pregnancy tests. For as little as $1.50, a woman can now purchase the same tests that doctors use to know for certain if the egg and sperm united and have implanted in the uterus. After implantation, the uterus emits human chorionic gonadotropin (hCG), pregnancy's first chemical symptom. In the past, even doctors' pregnancy tests were limited to detecting 100 units of hCG and thus worked only after the fourth or fifth week after fertilization. New tests can detect 15 or 20 units, making it possible for a woman to detect pregnancy as early as a week post-fertilization -- a full week before she misses a period.

Women's bodies reject early pregnancies frequently -- but unless a woman is actively trying to conceive, she's unlikely to test early enough to know about it. As a result, countless pregnancies end without much ado, dismissed as "late" periods. Like mine, they end before the embryo has developed into a fetus.

Chemical pregnancy relates to stem cells because both phrases refer to the earliest stages of human development. According to the National Institutes of Health's Primer, some stem cells come from removing the inner cell mass from its hollow shell in the stage of embryonic development called a blastocyst, which begins about four days after fertilization. Stem cells also can be retrieved from the "genital ridge" of fetuses from pregnancies terminated in the first trimester; at that point they are called primordial germ cells.

My chemical pregnancy ended about four weeks post-fertilization, as the embryo's limb buds and the primordial germ cells began to form, but well before a four-chambered heart had formed, or the tail disappeared. When I logged onto the women's bulletin board, bleeding and cramping after I'd spent the previous day airing out my old maternity clothes, I was in no shape to absorb the finer points of biochemistry. Nevertheless, even before I spoke to the doctor, I didn't consider my loss heaven's gain. I hadn't lost a baby -- not quite, not yet.

While disappointed, I also felt lucky. My body was functioning as it should, weeding out mismatched gametes to spare me a devastating late miscarriage, fetal demise or a seriously debilitated infant.

Of course, it is infinitely easier to lose a chemical pregnancy than a fetus with a heartbeat. (It's easier still when you already have a healthy toddler.) But in addition to increasing evidence that doomed chemical pregnancies are indeed physically "easier" to lose because they produce lower levels of pregnancy chemicals from the beginning, the increasing popularity of the new term reflects not only current scientific understanding of pregnancy's earliest days, but also the idea that well-chosen words are a doctor's bedside tool that make it easier on women like me.

There's an old Jewish custom that keeps new mothers from bringing any baby paraphernalia into the house until the child is born. While this practice might seem like an anachronism (and is totally beyond my limited self-control in baby boutiques), even today when the overwhelming majority of children survive birth, up to 50 percent of pregnancies do not go full term -- though most are lost before the woman misses her period and thus are undetected. Perhaps, as we approach these very modern problems -- chemical pregnancies and leftover in-vitro fertilization embryos -- it may help to rely on the oldest Western traditions.

Motherhood challenged my once-steadfast pro-choice position. I don't think anyone who's felt the quickening could lightly decide against following a pregnancy to term -- though I defend a woman's right to weigh the circumstances for herself. Yet, as thrilled and utterly "changed" as I felt within days of my firstborn's conception three years ago, I accept the medical definition of his coulda-been sibling's brief appearance and quick demise. It just didn't take.

But here's the rub, important for my legislative representatives to understand: If a united egg and sperm implanted in my uterus is not a child, then a petri dish of similar cells, however poetic, however potent, isn't either. It is, however, an enormously important source of cells, a potential gift of life, that should not be wasted. As soon as I saw my negative pregnancy tests, I turned my attention away from the changes going on inside me, and back on the child in front of me. As a nation, we should do the same.