"Compassionate conservatism" means creating a social contract where people take responsibility for swimming with sharks -- or sleeping with them. 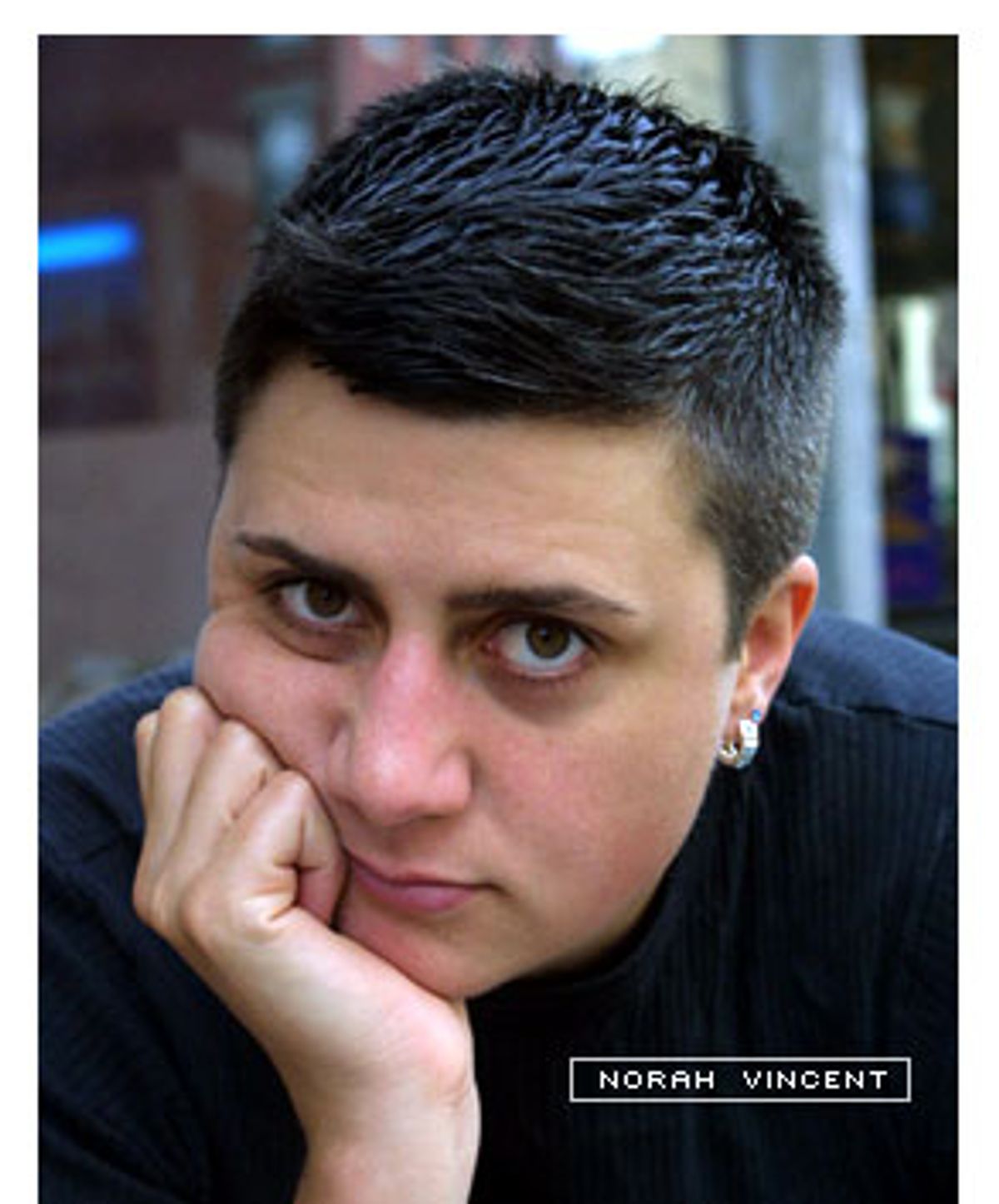 The recent shark infestation off the coast of Florida (and the insurgent response to it by some surfers) is a perfect metaphor for one of America's biggest social problems, and for the way in which liberals and conservatives have attempted to solve or worsen it, as the case may be.

By now, every prospective surfer in the country knows that at least seven other surfers have been bitten by sharks in the past few weeks, all in the same stretch of water off Smyrna Beach, where a surfing competition recently took place. (I should make it clear here that I'm not talking about the two other swimmers, one in North Carolina and one in Virginia, who have been killed by sharks in recent days. Neither of them went into the water knowing the dangers.) Some Smyrna surfers, however, having been made aware of the considerable risks, have insisted on braving the waves anyway, which is, of course, their prerogative. But, as always, there's a hitch. That prerogative of doing what you like with your body comes with a price. Paradoxically, freedoms don't come free. They come with responsibilities attached.

In this particular case, this means that if a surfer wades into the surf, knowing all too well that 1) those waters are infested with sharks; 2) an alarming number of other surfers have been bitten by those sharks; and 3) the authorities have closed the beaches for this very reason, he must take sole responsibility for what happens to him.

Now, to most litigious idiots, this means that if they get bitten they'll agree not to sue the state for damages. It would never occur to them, or to us, apparently, that taking responsibility for one's injuries in this case means a great deal more than not crying foul. Or, at least, it should. It should mean that the person who knowingly swims in shark-infested waters thereby automatically renounces his right to expect the lifeguards on duty to risk their lives trying to save him once the inevitable bite has been taken out of his demonstrably dumb ass. It should also mean that the surfer, not the taxpayer, must absorb the entire cost of whatever help and/or medical treatment he receives during and after his ill-advised swim.

But most Americans, childish and self-entitled as they are, don't like this idea. "What?" they whine. "I can't do anything I want and still expect someone else to pick up the tab or otherwise pay the consequences? That's not freedom." No, they argue, this must be some politician's plot. That, or the scourge of compassionate conservatism, President Bush's ballyhooed philosophy for revamping public policy.

Which indeed it is. To wit: Everyone has to play by the rules. It's a simple principle, and one that we should, by all rights, expect of every citizen, rich and poor alike. Think of it. If everyone understood that the social contract is a transaction, not an automatic entitlement proposition; a two-way street, not a free lunch; imagine how things would change for the better. Imagine how much money would cease to be wasted on the inevitable results of bad behavior willingly undertaken. Imagine that same saved money supporting programs that help the truly helpless, rather than abetting the sophomoric decision making of the perpetual 2-year-olds with whom our culture is rife.

Doesn't it strike you, for example, that this death beach scenario, and the way that these would-be water babies have responded to it, sounds an awful lot like the sexual habits of a certain segment of the gay male population? In a recent New York Times article on the 20th year of AIDS, Erica Goode reported the sad finding that, these days, your average Priapus is likely to have lapsed again into having unsafe sex. It seems a new complacency has arisen in the wake of the stunning success of the latest HIV drug cocktails, which have managed, for now at least, to stem the death toll of AIDS.

Think of it. Each young surfer, determined to ride the waves of sexual bliss though he knows the waters to be infested with ravenous, disease-bearing, unscrupulous sharks who'd just as soon maim him as look at him, jumps in feet first. The authorities have warned him against it, but he insists on going in without (sorry for the ham-handed analogy) his wetsuit. Yet, he does so fully expecting that if he meets with a bad end, the Coast Guard will dutifully dispatch its fearless Argonauts to try to save him.

In the real world this translates into spending astronomical sums of money and inordinate amounts of time on finding a cure for a disease that is already curable. Anyone who doesn't already have it knows how to avoid getting it. Don't go swimming with sharks. And those who already have it know how not to spread it. Don't be a shark. Those who have it already also know how to manage it. Would that we could say the same for cancer, Alzheimer's, Lou Gehrig's disease and a long list of other fatal diseases. Imagine if we could have said it a mere 20 years after these diseases were discovered.

The current abortion fiasco is a similar case in point. Women want sexual freedom at all costs. They demand it. They deserve it unequivocally, no questions asked. And why? Because they fully expect, and, in the current judicial climate, are not mistaken in this expectation, that the Uterus Guard will swoop in with a scalpel and do for them what they refuse to do for themselves: prevent a pregnancy. And, as anyone familiar with the statistics knows, failure to prevent, or in many cases even to take precautions against pregnancy, accounts for the vast majority of abortions in this country. (Rape accounts for only a tiny percentage.) So, the ladies go swimming with sharks and do so simply because they want to, not caring a whit, of course, for the blastocyst/alleged nonperson who dies in the process of rescuing insouciant them.

Or perhaps, attempting to avert what W.H. Auden called "the necessary murder," they decide to have the kid and raise him without preparation and without a father, thereby giving rise to all the usual problems like chronic delinquency and maladjustment. This, too, fits our analogy. The reproductive risks an individual takes out of sheer arrogance and brass end up costing the taxpayer, who, like it or not, must come to the rescue.

Even liberals concede this, though in their own way, of course. Two professors, for example, one from Stanford and one from the University of Chicago, recently announced the results of a study that appeared to show a causal link between the legalization of abortion in 1973 and subsequent reductions in crime. Aborted kids are unwanted kids, they reasoned, and rightly so. Unwanted kids often have a harder time of it, and are often raised in less than ideal conditions. They grow up scarred and often criminally inclined as a result. Thus, it makes sense that more abortions would produce less crime.

Now, using that same logic, imagine the result if women who can neither emotionally nor financially afford to raise children out of wedlock (two of the main reasons women seek abortions) stopped having unprotected or insufficiently protected sex whenever the fancy struck them. We'd end up with less crime, and not at the expense of more than a million fetal lives per year.

But, you see, compassionate liberalism is on the side of the silly surfers. Give the people what they want. Everything they want. And then pick up the tab and clean up the mess when they crash. Anything else would be mean-spirited and less than civilized.

Meanwhile, conservatives who see the inevitable link between bad impulse control and bad results, between the inability of many people to see themselves as a part of a society, and the resultant malfunctioning of that society, are seen as cruel and unusual for expecting of all Americans what all sane parents expect of their children: responsibility and fair play.

The mantra of compassionate conservatism should neatly reverse the classic '70s feminist rallying cry "The personal is political," and thereby yield the more sensible pronouncement "The political is personal." If we as a culture could embrace such a philosophy and learn to change our own behavior, rather than expecting government to do it for us, we might change entirely the face of American life. I am suggesting a change from the bottom up instead of from the top down, from the living room out, not from the courtroom in. I am asserting only that altering individual mind-sets will alter individual behaviors, and that in turn will change the society at large.