"They said people came and the city's in trouble"

Brooklyn kids tell the story they were told. 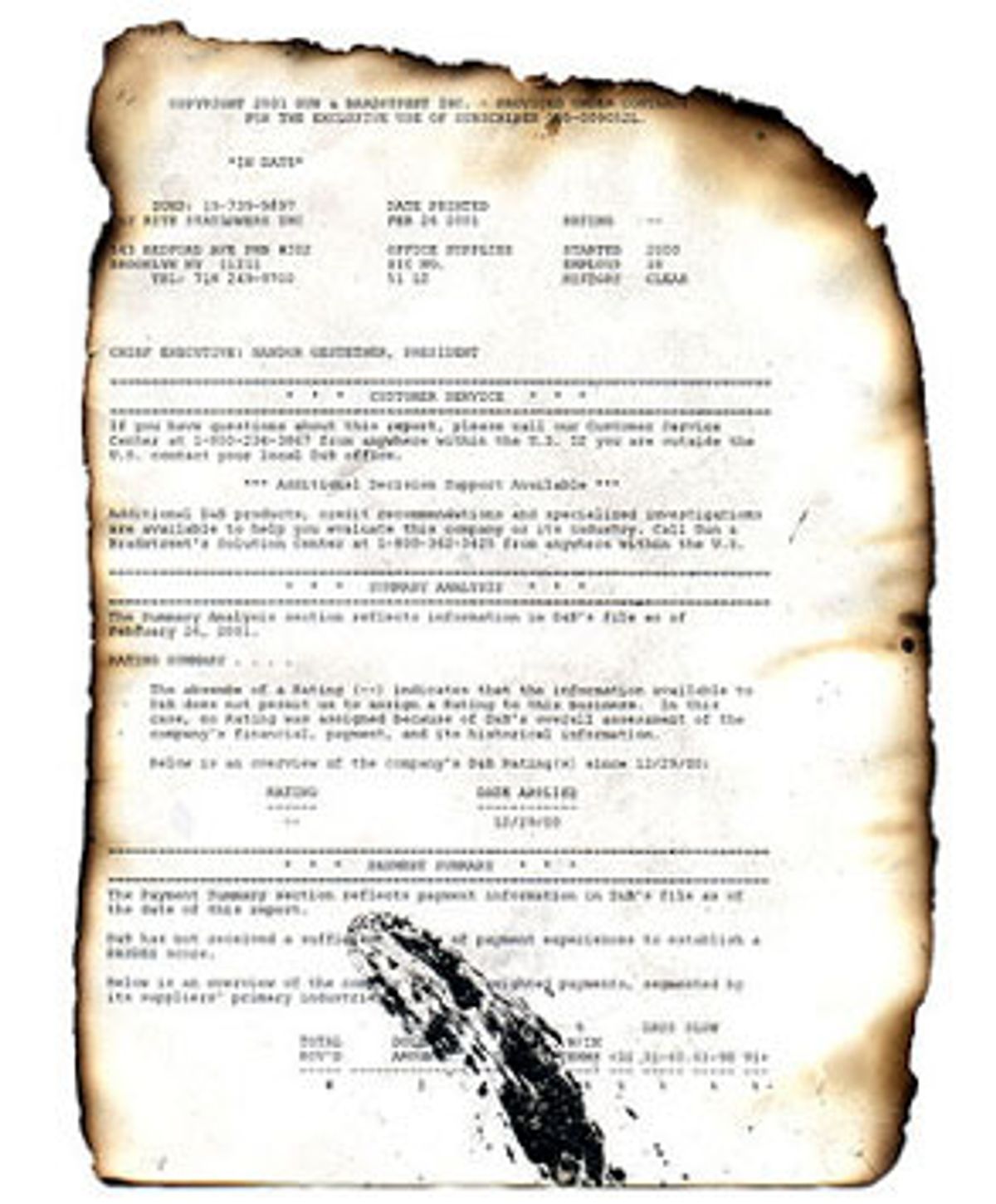 Yesterday, near 5 p.m., I walked through Ditmas Park with my friend Patrick and we asked school-aged children, and occasionally their parents, what had happened earlier in the day -- specifically, how schools had handled students after the attacks on the World Trade Center. The first kid we spoke with approached us. He rode up to us on a razor scooter and pointed into the air. We hadn't noticed the hundreds of loose papers from the World Trade Center caught in a gust way above us. "Souvenirs," he said, "from the World Trade Center."

Nearby, Remy Jeremie, 10, and his three brothers were taking out the trash. Remy and his brother Jodel, 13, took us across the street from their house and showed us a piece of paper that'd flown over from the World Trade Center. "This landed on some guy's car," Remy said, "so he took it off."

Remy, a student of P.S. 139 in Brooklyn, said that he had been in school all day, and could tell something was wrong early in the morning, because teachers kept leaving the class to talk in the hall. He recalls, "My teacher said, 'I don't have permission to tell you what happened.'"

Later, Remy said, there was a P.A. announcement about the attacks. Then the students went to lunch and then they went into the auditorium to watch "Stuart Little." When asked about the announcement Remy said, "They said people came and the city's in trouble and we're trying to take care of it."

Remy's brother Jerry is 15. At his school, teachers asked who had family at the World Trade Center. The children with family were taken outside, and then the teachers told students what was happening. "They brought TVs into the class," Jerry said. "It was too much. I've never seen anything like that." Jerry took a New York City Transit bus home at the end of the day. He said there were more people on the bus than usual, but that, otherwise, it was pretty calm. "People were telling stories," he said, "people who saw when it exploded."

Today, I went out again and caught a couple of children on their way to school.

Dovid Fass, 14, and his younger brother Nussi, 12, were also in school all day yesterday. Dovid was eating breakfast in the cafeteria with the rest of his high school when it happened. "I saw the building," Dovid said. I asked Dovid if he panicked, and he said no. He explained that the students at his school are boys from 13-18, so no one panicked. I asked him how he was doing. "OK," he said.

Aharon Eidelman, 12, was on the playground at school when he and several other students overheard reports of the bombing from a radio blaring across the street. "A few of the kids said, 'Is it true?' and we said, 'yeah,'" Aharon said, and shrugged, looking off to his side. At night, Aharon and his parents watched the World Trade Center burning from on top of their building. Aharon said, "My parents told me we have a few people very special to us on the top floor, and they're not doing too well."

He shrugged lightly and murmured, "Good."

Seventeen-year-old Rita Seindenberg seemed a little confused when asked if anyone in her school had trouble understanding what had happened. "Everyone understood," she said.

The last two kids I talked to were Stephanie, 14, and her brother A.J. Stephanie is a student of South Shore High in Manhattan. She was hesitant to talk about yesterday, and let her younger brother finish a lot of her sentences. While most of the children, when asked how they were doing, said "fine" or "OK," Stephanie said she was scared, and her friends were scared also. She took a bus and a train home alone yesterday from Manhattan. I asked what it was like and she shrugged. I asked what she saw and her 7-year-old brother, a student of PS 100 in Brooklyn, said, "I saw a Chinese guy who was all dusty. I saw it with my mom, last night."

"He saw it on TV," Stephanie said.

I asked Stephanie what she'd done when she got home and she shrugged. Her brother said, "I was crying. I don't feel better now."

Amie Barrodale is a writer living in Brooklyn, New York.