The young New York photographer learned from his mentor, Lou Bernstein, how to be responsive to special moments. 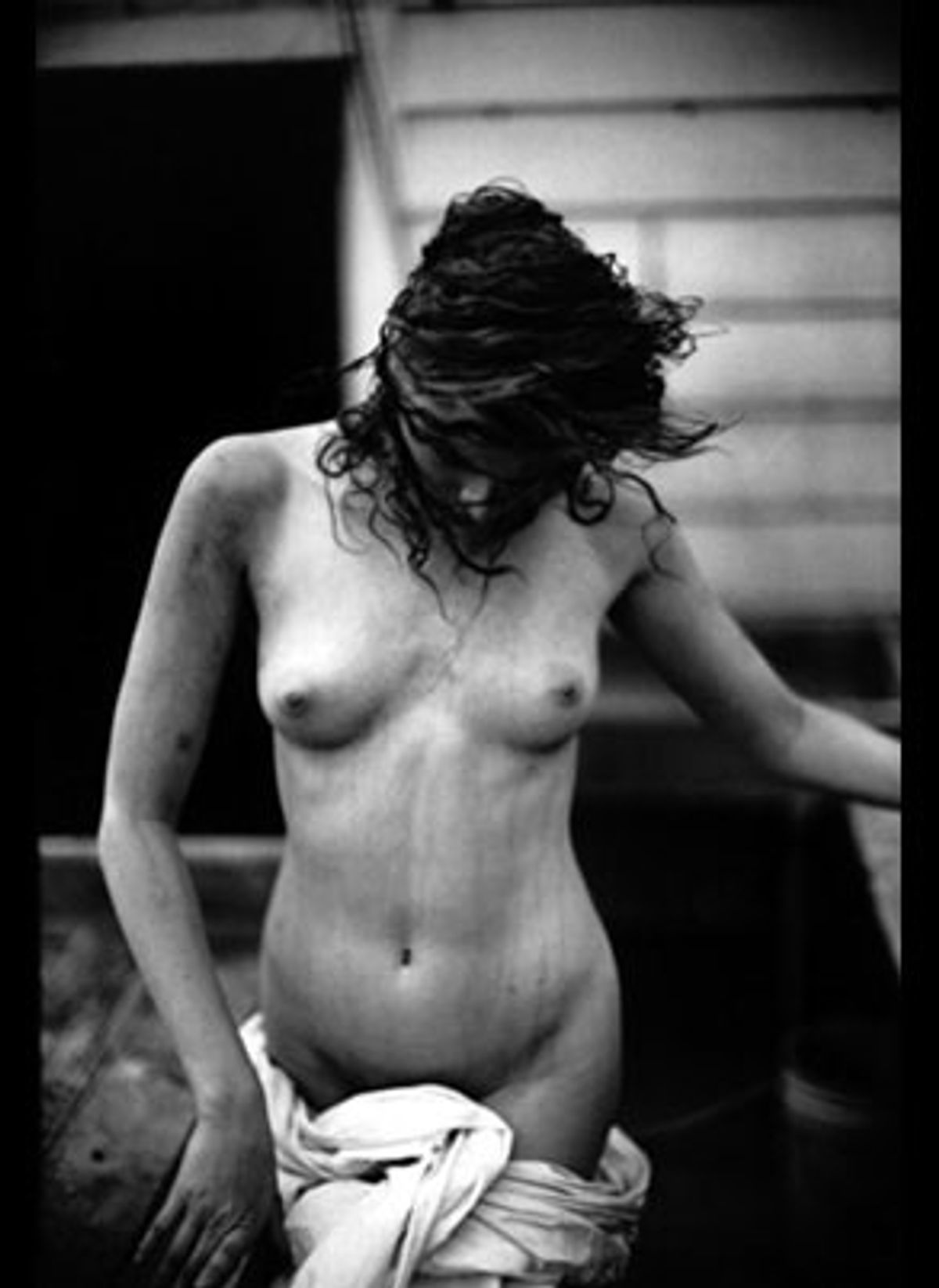 The first time you enter someone's home or studio, your attention begins darting around, like a hummingbird moving from flower to flower, drinking in all you can before moving on. It's almost shameless, this curiosity, but it can't be helped. You are trying to learn as much as you can about where you are, and who you are with. This is what happened the first time I visited Sante D'Orazio, who had not only invited me over to his loft, but who would, over the course of a few hours, in a relaxed and genteel manner, show me far more of his place and the things in it than I ever expected to see. Being around someone so open and at ease with himself, it wasn't hard for me to imagine why, as a photographer, his subjects quickly trusted him.

Among the many piles of books, photographs, drawings and paintings I found myself glancing at -- some images prominently displayed on the wall, others leaning here and there -- two things immediately caught my attention. One, I learned, was a painting Sante did when he was a young man, the other was a black-and-white photograph of him as a young boy. The photograph was on the other side of the kitchen counter where I was seated, on a wall near the refrigerator. Sante was making coffee, so I was able to look at it for a long time. As everyone knows, the things people place on the walls in their kitchen are often quite personal. Like pages from a diary, they form part of one's daily imagination.

The photograph shows a young girl in what could be her Sunday dress pushing a tire down the sidewalk. Inside the tire, legs sticking out one side, head and torso out the other, is Sante D'Orazio when he was a young toothy boy. Unafraid and happy, he is smiling directly into the camera. Happy that someone has decided to record the moment, he communicates a wild, impish glee.

Over coffee and biscotti, Sante tells me the photograph was taken by Lou Bernstein, who worked in the 1950s, '60s and '70s. The city's inhabitants were his primary subject. Influenced by Helen Levitt, as well as by others associated with the New York school of photographers, Bernstein was a documentary intimist. His photograph of D'Orazio shows a boy reveling in the moment, both amazed and delighted with what his body can do. While we associate expressions of primal sensuality with bathers at the beach or those who fill the floors of dance clubs until dawn, Bernstein saw and documented it on a neighborhood street.

Bernstein lived in the same neighborhood of Brooklyn as D'Orazio. He got his haircut from Sante's father, who was a barber. His father was also, Sante tells me, a self-taught musician and his mother was an opera singer. He believes he got his artistic leanings from his mother's side of the family, which was full of artists, poets and singers. Some lived in Bari, others in Bologna and Verona. Each summer, while growing up, Sante visited Italy and his mother's side of the family.

When Sante was an art student at Brooklyn College, Bernstein stopped him on the street one day. The reason was simple; he was both surprised and happy to see a young man from Flatbush, someone he knew, carrying a portfolio of drawings. Over the next three years, D'Orazio spent every weekend photographing with Bernstein. They went to Coney Island, a subject D'Orazio still returns to, as well as to the Bronx Zoo and the Brooklyn Botanical Gardens. It was from Bernstein that D'Orazio learned about being responsive to the moment, to what the world was offering you.

John Yau wrote the introduction to the collection of photographs, "Sante D'Orazio."