For the first time I feel like an American, willing to fight for my country. 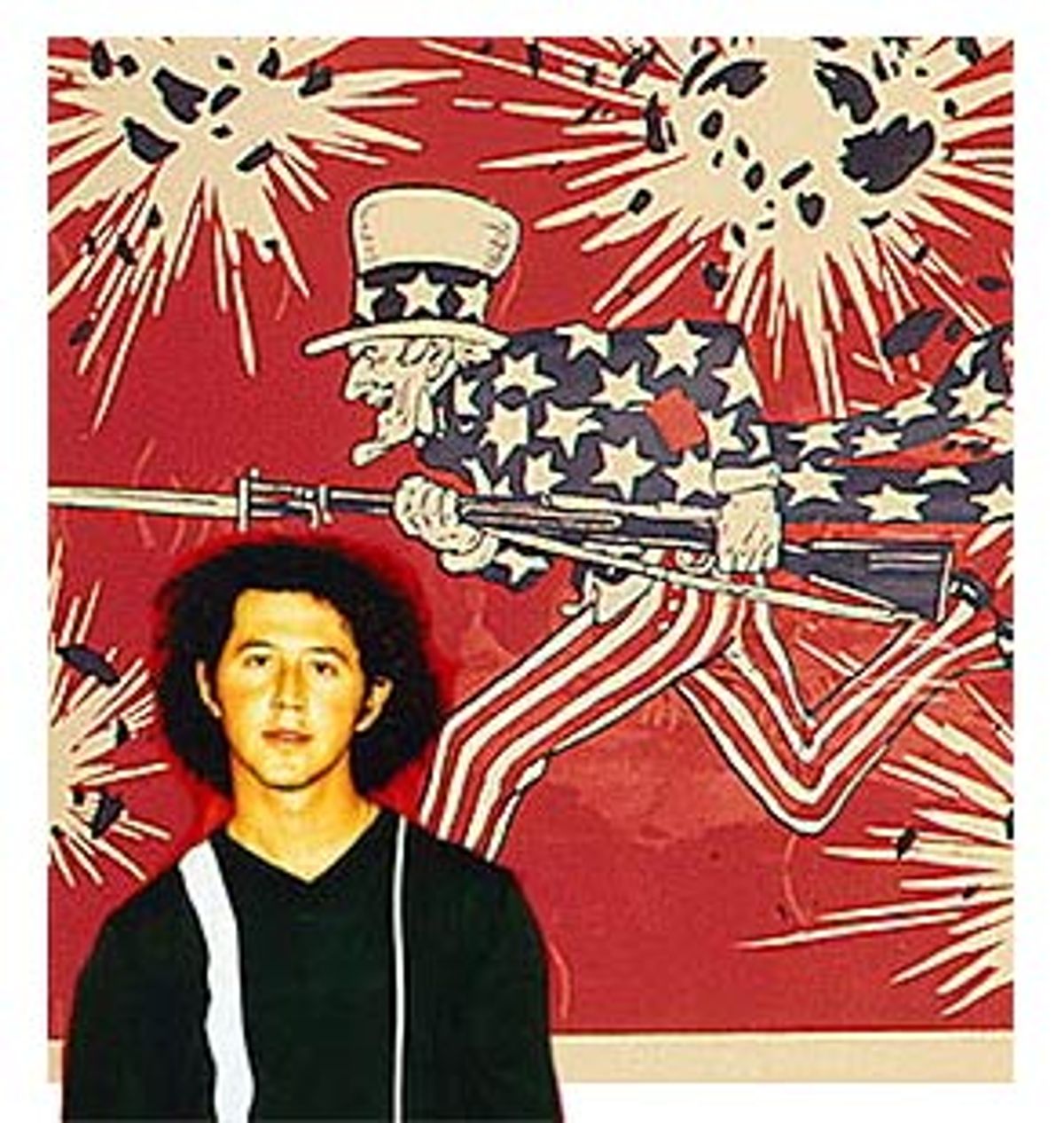 When Clinton was sending troops to the border of Kosovo and I had just turned 18, I said I would head to Mexico if Uncle Sam came for me. When I saw footage of the World Trade Center crumbling on Tuesday, I decided I would go to war if they wanted me.

I went from flag burner to flag waver in a matter of minutes.

I spoke to my mother on the phone Thursday night and she told me, "Your generation will be defined by how you respond to all of this ... We became known for the antiwar movement. Drugs. Free love. I won't pretend like I wasn't a part of it, but can you imagine? Our fathers saved the world and that is how we responded."

As a generation, we've been searching for meaning. We've been looking for a reason to care about something. Our parents united in protest against Vietnam. Our grandparents came together to fight fascism. We couldn't find anything better than sweatshops and Starbucks to be upset about.

But now we understand that we are Americans. We understand the significance of our privilege because until it was threatened, we didn't know it could be any other way. We want to protect it. We may not know who we're fighting yet, but this is our Great War.

In all likelihood, though, it won't come to that. Every time I tell someone I'll go if I'm drafted, they say, "We don't fight wars like that anymore." It's true.

For one, we don't know who the enemy is. Most likely, it's not a country, state or people. The perpetrators have no real military or territorial objectives. So while our grandfathers fought a real enemy -- Nazi Germany and its allies -- we fight an enemy not directly associated with a government or even a war.

I don't want to kill some guy with the misfortune of being a citizen of a scapegoat country. America is rightfully angry, and my fear is that that anger will be misdirected. Civilians in another country will be killed, just as they were killed here. And that idea stifles some of my patriotism.

If I join the Army, I'll probably end up doing airport security until I'm 35, rummaging through baby strollers with an M-16 on my back.

But I'm ready. I don't know that I've ever called myself an American before. I was too busy griping about what young people in this country gripe about -- poverty, injustice, racism, and an inflated military budget (which doesn't seem like such a bad idea now). All that's been swept aside.

There are, however, people in my classes at San Francisco State University that have used this as an opportunity to talk about how America had it coming. True, we've bombed and slaughtered all over the globe, but the only reason these kids are in a position to say this stuff is because they're white, upper-middle-class college students -- they won't be the ones sent off to fight. They're lofty, Orange County-expatriate idealists. All they know how to do is rebel in the unoriginal mode of the neo-hippie faux revolutionary.

I can't say a part of me isn't wishing this happened a year or so ago, when my man Clinton was still in office. There are a thousand reasons I dislike Bush, which I will not list. But there is one reason I embrace him -- like it or not, he's our man. And Tuesday night was his inauguration. The attacks have served to legitimize his presidency.

As our president addressed the nation, a friend of mine got excited, nodding his head and pumping his fist. He is first-generation Salvadoran-American, but Tuesday night, he became as American as John Wayne. When CNN ran footage of Palestinians celebrating, he shouted at the screen. "You won't be laughin' when the bomb lands on your nose, fool."

Wednesday was not exactly like Dec. 8, 1941. Young men were not lining up at recruiting offices. But they were waving flags on freeway overpasses and cheering police officers in the street.

Russell Morse is a writer for Pacific News Service in San Francisco.