What will be the fiscal impact of the campaign to extirpate terrorism? 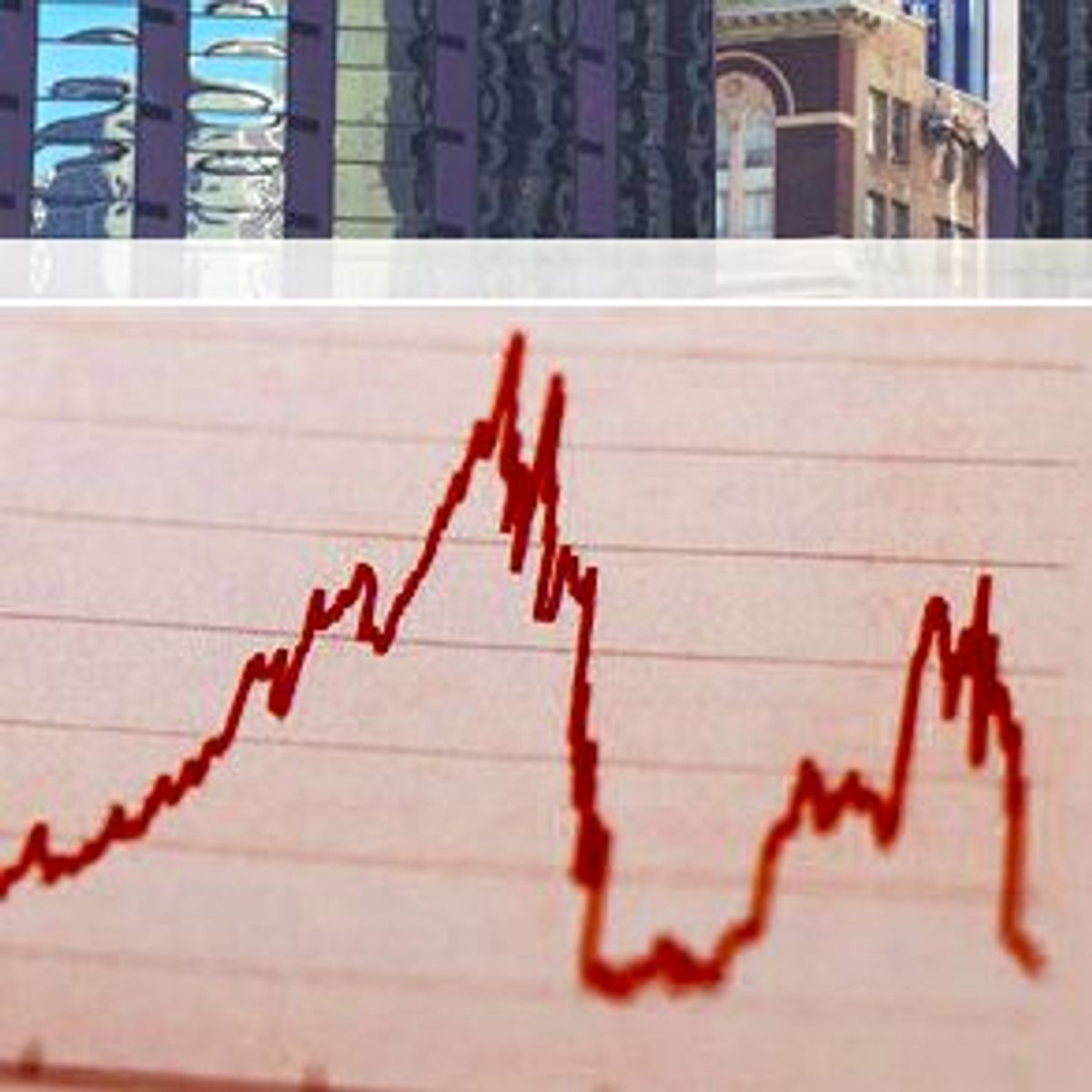 Niall Ferguson, a professor of political and financial history at Oxford University, is the author of "The Cash Nexus: Money and Power in the Modern World, 1700-2000" and "The Pity of War: Explaining World War I." In recent days, Ferguson has advocated in the British press that the U.S. take immediate action against Afghanistan, Iraq and Libya. "Whether Americans like it or not, they are an imperial power," he wrote in the Independent, "and hated as such by many impoverished and aggrieved people around the world. Well, they may as well be hung for sheep as for lambs. They may as well act like an imperial power."

Ferguson was due to fly to New York Sept. 12 to give a series of lectures, and had booked a room between the World Trade Center and Wall Street. The terrorist attacks having scotched those plans, he discussed the likely economic impact of the "war on terrorism" with Salon via e-mail.

Although the human cost of last Tuesday's terrorist attacks was appallingly high -- and the psychological impact on a country unused to terrorism even greater -- the economic consequences may yet prove to be even more far-reaching.

Most analysts focus on the short-term impact of the attacks on New York's World Trade Center, which had a practical as well as symbolic significance in disrupting the world's principal financial market. The immediate effect -- closure followed by a sharp fall when the market reopened -- was comparable with an earthquake but not the outbreak of a world war or a full-scale financial panic. The 7 percent fall in the Dow Jones Industrial Average on Monday was much less than the falls of more than 20 percent caused by the outbreak of World War I or the panic of October 1987.

Much more serious are the likely long-term consequences. The attacks came at a time when the world economy was already slowing down (with growth in both the U.S. and the Eurozone down to an annualised 0.2 percent in the second quarter of 2001). Belated realism about the future profits of technology companies, rising oil prices and interest rates had already pushed the stock markets down by around 20 percent from their peaks early last year. They almost certainly have further to fall.

As asset prices fall, America's heavily indebted households will rein in their spending still further; they may even revert to saving. The effect will be to increase the squeeze on the profits of (also indebted) companies. A vicious deflationary circle could develop, as happened in Japan in the 1990s.

It's too early to speak of another Great Depression. Unlike in 1929-32, modern monetary and fiscal policies can do much to counter the slowdown. But the terrorists have dealt a blow to the sine qua non of economic growth: confidence. In a riskier world, it will not only be airlines that will suffer.

So much for the cost of the attacks themselves. The costs of the projected "war" against terrorism are much harder to foresee, since we do not yet know how the U.S. government plans to wage that war. European experience suggests that the intensity of fighting against terrorists is low and so the costs will be relatively low too. But wars against terrorist organizations also tend to last a long time, since such organizations are hard to extirpate. It will be one sort of victory to rebuild the World Trade Center and its neighborhood. The kind of victory that brings the perpetrators to justice is also possible to envisage: after all, Slobodan Milosevic is now in jail. It's much harder to imagine a victory over terrorism per se.

What historical parallels to the U.S.'s current situation at the beginning of this conflict do you see?

Talk of a second Pearl Harbor is quite misleading. This is not the beginning of conventional war against a rival great power. A better parallel might be with the situation Britain and Spain have found themselves in for decades. The U.S. can, if it chooses, bomb Afghanistan back into the Jurassic period, but the real enemy is the terrorist network within the U.S. The downside is that Islamic fundamentalists are even less reasonable than petty nationalist extremists like the Irish Republican Army and the Basque separatists. It is not even clear what they want.

Would the U.S. be better off economically if it took a more limited strategic approach in the scope of the coming conflict? The way Bush is talking now about his "crusade" against "evil" it sounds fairly broad.

The U.S. can certainly afford to wage war against rogue states, if it wants to. They are militarily puny by comparison. The question is not an economic one, but whether or not such a "crusade" will actually reduce terrorism.

Do you have any thoughts on how the American military is (or isn't) likely to be efficient in allocating resources in this conflict?

The crisis began with a massive intelligence failure and that is where the resources really need to go. But rebuilding and improving CIA penetration of the Islamic lunatic fringe will be a long and difficult process.

What should the U.S. be investing money and time in to fight terrorism? Intelligence? Missile defense? Ground troops? Something else?

Intelligence is where the U.S. looks weak. I have never been convinced that missile defense is anything other than a luxury, since I don't see the principal danger coming from ICBMs. There are much easier ways to get a nuclear device into New York.

What is the likely role of debt following this conflict?

The fiscal implications are interesting. The federal debt certainly isn't going to be paid off at this rate, with $20 billion going to rebuild downtown Manhattan and perhaps as much going to the airlines.

In your book "The Cash Nexus" you talk about the concepts of "overstretch" and "understretch." In an "overstretched" economy, an imperial power devotes too many resources to military research and development, which may divert economic resources from other parts of the economy. "Understretch" is just the opposite: not spending enough. Do you think that going into this conflict, the U.S. is a victim of its own "understretch?"

Very definitely yes, and in that sense I see my argument in "The Cash Nexus" as having been tragically vindicated. At least the British Empire controlled what is now the Pakistan-Afghan border. The U.S. has to ask Pakistan's permission -- and even Russia's -- to take action against the regime in Kabul. More importantly, the crisis has arisen because of the pattern of inconsistent intervention established under Clinton, whereby the U.S. periodically sticks its nose into foreign crises just long enough to annoy one side, but not long enough to establish enduring stability -- and certainly not long enough to build up effective intelligence networks.

Would a costly, longstanding conflict pose a threat to American "empire"? Or, what kind of war would allow American to protect its superpower status? In other words, is there a danger of "overstretch"?

Sure, costly, long conflicts are a bad idea for great powers -- especially if they don't win them. The kind of war the U.S. needs to fight is a low-intensity, high-intelligence war against Islamic extremists. That may be long, but it should be affordable. If the U.S. gets into a serious mess by launching a conventional war against Afghanistan, then there will be a danger of overstretch -- not because the U.S. can't obliterate the Taliban, but because there will be a major increase in anti-American terrorist activity as well as of Islamic fundamentalism in currently "safe" Arab states.