In the wake of unimaginable devastation, what motivates someone to phone in a bomb threat? 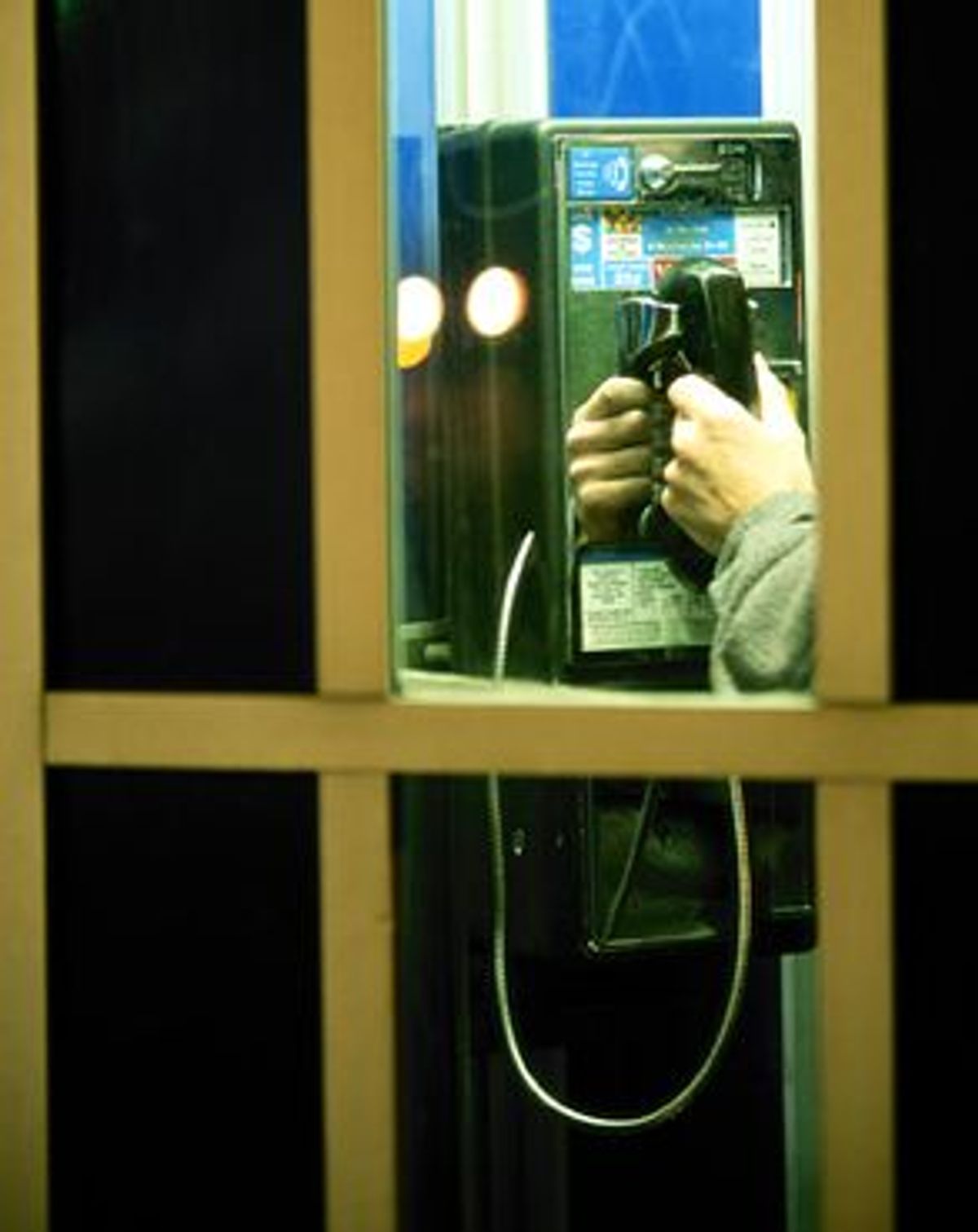 The unnecessary evacuation of Grand Central Station began for Tom Petrella of Oren's Daily Roast at 9.15 a.m. last Thursday when a police officer ran into his store yelling, "Get the fuck out of the terminal. Now!" A few minutes earlier, Petrella realized that something was wrong when a crowd of 50 people surged up the subway stairs next to his coffee bar. At that time of day, he said, people should have been heading down. But the crowd moved up and out, making a sharp U-turn to take a nearby exit onto 42nd Street. Shortly afterward, police officers ran into the terminal to evacuate it. Petrella sent his frightened staff out straightaway, locked up and then joined the huge crowds on the streets outside. The terminal was later closed for the rest of the day. Petrella spoke to MTA police who said someone had placed a package on one of the platforms and immediately run away from it. "The motivations of these people," Petrella said, "are beyond comprehension."

The smoke has barely cleared over lower Manhattan, but in addition to incidents like that at Grand Central, confusion is still thick. A week after the attack, many phone lines remain down, while others work intermittently. Still, enough connections are working for the cranks to get through. In a press conference last week, NYPD Police Commissioner Bernard Kerik stated that New York City bomb threats had jumped from an average of seven a day to more than 100. The hoax threats, acts of terror that exploit an already vulnerable population, have hampered rescue and salvage efforts and caused a wave of evacuations that are themselves dangerous.

Professor Robert Ziller, a psychologist at Florida University and a specialist in terrorism, believes that people who make bomb threats fit the terrorist profile with respect to self-esteem. "Like the terrorists, they've almost certainly been disappointed by life; it hasn't met their expectations. Making the calls gives them a sense of power." Dr. James Janik, a forensic psychologist at the Cook County Juvenile Detention Center in Chicago, agrees: "People who make crank call bomb threats have a desire for power, but they lack the courage to be public about what they want or need."

In stark contrast to their private desires, the effects of a crank's threats are very public when taken seriously. Indeed, for the callers, the entire point is to witness the ensuing disruption knowing that they were responsible for it. Many hoaxers linger in the vicinity of an evacuation they have caused. "It's similar to arson," said Janik. "Many arsonists get a secret charge from knowing something that no one else knows. While watching the fire trucks and all the flashing lights, they feel very pleased with themselves and proud of their deception. They bask in the commotion."

Arsonists tend not to exhibit other pathological behaviors, says Janik, who suspects that this is also the case for bomb threat hoaxers. It's likely that the crank callers of the last week are not also robbing banks, committing fraud or perpetrating other more frightening crimes. However, in addition to their craving for an effect, such people tend to have trouble meeting their needs for interaction. "Because of this," says Janik, "they may be unsuccessful socially." They can be anxious loners, often less intelligent and less engaged with the world. Says Ziller, "Whereas violent terrorists have above-average intelligence, these people do not."

It's not unheard of for terrorist groups that carry out bombings to include bomb threats in their arsenal. The IRA has been held responsible for countless bomb threats in Ireland and England, and over many decades, public events such as Britain's Grand National horse race have been evacuated as a result of their calls. In 1999, 20,000 people were forced to leave the horse races at Kempton park after an IRA threat, but no bomb was discovered. While it is possible that some of last week's crank callers may be aligned with actual terrorist groups seeking to further disrupt the nation, experts think this is unlikely. Most calls are not political but pathological, and can be characterized as psychopathic.

The signature characteristic of psychopaths is a lack of conscience. This trait, says Dr. Kim Gorgens, a clinical psychologist in Colorado, would color all their interactions. Such individuals would have no empathy for either the victims of last week's terrorist attacks or for the victims of their hoax threats. But Gorgens cautions against the assumption that all psychopaths are jail-bound loners. "It may actually be the people who didn't really cut it as psychopaths who are in jail," she said. Some psychopaths are well served by their condition and are successful in day-to-day interactions, developing charm and wiliness, even being in positions of leadership within the community. "While they are characterized by the true absence of feelings diagnostically," says Gorgens, "these people can turn on the appearance of feelings if necessary."

Individuals with an extreme antisocial personality disorder like psychopathy may be wealthy or poor, employed or not. They tend to be younger, between 17 and 44 (psychologists believe that many die young or lose the impulse as they get older), and they also tend to be male. But this is the age and sex group that researchers focus on anyway, says Gorgens, who feels that further research is required. "Psychopathy may be an equal opportunity personality disaster."

Hearing about bomb threats can stimulate crank callers to make more. This kind of copycat behavior is illustrated by the recent epidemic of malicious threats spreading throughout not just America, but the world. The AP reported that New Zealander Marco Eldon Kerkmeester, 35, an IBM manager, was charged in Singapore on Friday for sending an e-mail claiming a bomb was planted on a Singapore Airlines plane. Also reported was an incident concerning a Virgin Airlines Boeing 747 carrying 314 people from London to New York on Monday. The flight was escorted by four Canadian F-18s to an unscheduled landing in Newfoundland because officials received a bomb threat allegedly coming from someone external to the flight. No bomb was found, and passengers had to spend the night in Newfoundland.

It's possible that for some callers, the fear and powerlessness aroused by the actual attacks provoked the crank behavior. Such a horrifying event can bring out first-timers, stimulating people with deviant tendencies to make a call. For some individuals, this will be the only crank call they ever make. If theyre caught, it could also be the most expensive call they ever make. Making false bomb threats is a federal offense, punishable even for first-time offenders by up to 10 years in prison and a $250,000 fine. Daniel Alonso, the assistant U.S. attorney for the Eastern District of New York says his office is taking bomb threat cases very seriously. On Monday, he began proceedings against a man who told a Verizon operator last weekend that there was a bomb in the Empire State Building.

Many of last week's evacuations in New York City and elsewhere resulted from scares rather than specific threats. In one Times Square building, the act of merely wondering aloud about a perfectly normal package rapidly escalated and set off an evacuation. A worker in the building described opening a fire door to see a "river of people flowing down the stairs." Similarly, not all bomb threats resulted in evacuations. Savvy citizens are learning to discern which threats to worry about.

Even though many of the workers evacuated in Manhattan last week knew their bomb threat was almost certainly a prank, they had no choice but to run. Most were painfully conscious that their panicked flight echoed what others went through at the World Trade Center only days before. One midtown worker, who asked not to be named, remembers running down a flight of stairs last Thursday thinking, This can't be real, but how do you not take it seriously? She noted, "We only had to travel down 10 floors, but I couldn't help thinking what 80 or 90 would have felt like."