How to make a movie, in seven easy steps

Play Ping-Pong. Know your animal anatomy. And hire my brother. 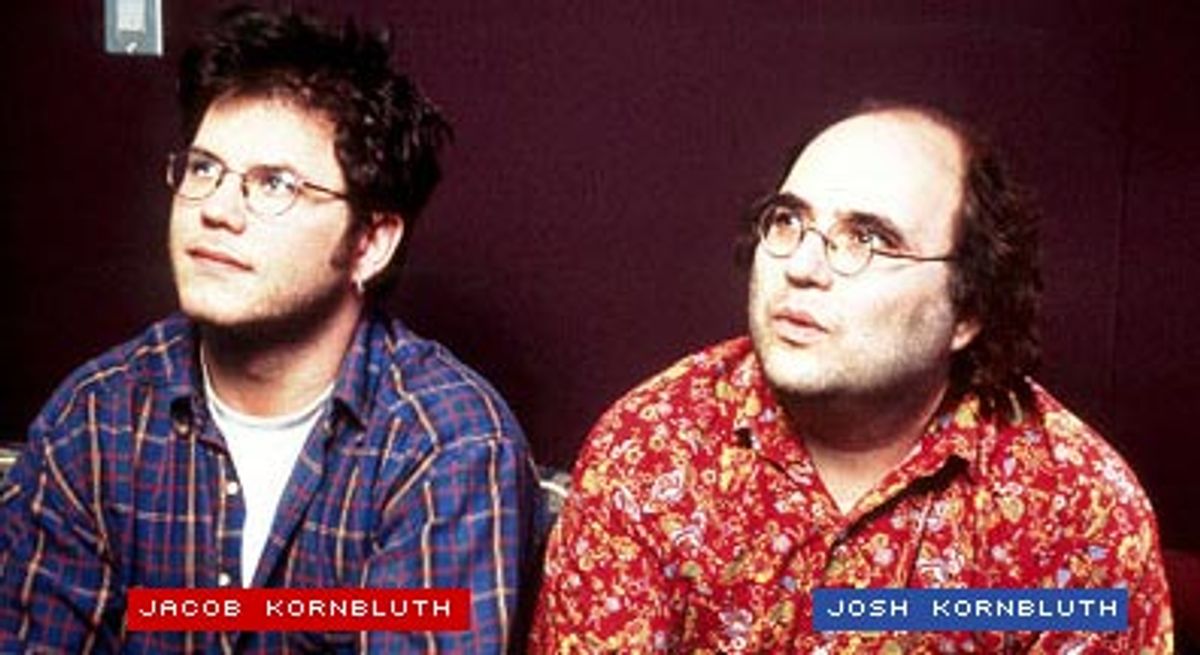 My brother Jacob and I just made a movie called "Haiku Tunnel." It has already opened in a "platform" release around the country. Yet strangely, to date, no one -- I mean, absolutely nobody -- has asked me to write a "how to" book for aspiring filmmakers.

Having read, over the years, many such tomes -- by such notable first-timers as Spike Lee and Steven Soderbergh -- I felt pretty confident that at least one enterprising publisher would want Jake or me to do likewise. But since that hasn't happened, I thought I would take the opportunity to share with you, the Salon reader, some pearls of moviemaking wisdom that I have gathered during my year-plus career in the business. In case you ever want to shoot a feature film, I hope and trust you will find these tips to be helpful.

Rule No. 1: Work with my brother. This has turned out to be crucial to my success. As I spent the past decade toiling pretty much exclusively in the theater, performing my autobiographical monologues (including the original one-man version of "Haiku") to wildly enthusiastic audiences of tens, my little bro' was learning the nuts and bolts of film production. First he volunteered as a P.A., then he quickly worked his way up to 2nd 2nd A.D., then to 1st 2nd A.D., and finally to 1st 1st A.D. The fact that -- even after co-directing, co-writing and co-producing a film -- I still don't know what these acronyms stand for merely underscores the importance of my brother to our endeavor. Also, Jacob is very good at visualizing what the camera will see; I'm more of a word guy than a picture guy -- which might possibly have been a hindrance, had my brother not been working with me. Also, without a brother around, I would have had no one to play Ping-Pong with at our production office. Which brings me to ...

Rule No. 2: Play Ping-Pong before making a decision. A lot of times, Jake and I would be faced with a tough decision -- whom to hire for a key position, say, or how to explain to a prospective set designer that our budget didn't allow for luxuries like nails or screws. Rather than brashly leaping to an answer, we would thoughtfully head for the Ping-Pong table. Twenty-one games later, sweaty and tired, we would realize that everyone else had left for the day. Gratefully, we would head to our respective apartments, secure in the knowledge that the next day would bring more Ping-Pong.

Rule No. 3: Spend years failing to make a studio film. I cannot overstate the value of this rule. If not for the many years I spent churning out countless drafts of "Haiku Tunnel" for Miramax, and receiving countless notes from executives ranging in age from one to two decades younger than myself, I never would have achieved the critical mass of despair from which all my storytelling derives. I had the added benefit of failing at two studios: While "Haiku" was languishing at Miramax, I was having similar results at Universal, which had optioned my monologue "Red Diaper Baby" and hired me to write the screenplay. "Red Diaper Baby" is about my childhood as the son of American Jewish Communists -- so you might imagine my consternation when I received such notes as: "Perhaps your father could just be a liberal?" I suppose I might have complained at the time that the execs were missing the point, but I was afraid they might then move me out of the luxury hotel where they were putting me up. (My late father would have approved. "Some day, my son," he used to say, "all the workers will get to stay at the Four Seasons.")

Rule No. 4: Know your animal anatomy. There is a point in our film where the character I play -- a hapless legal secretary, also named "Josh Kornbluth," who has neglected to mail out 17 very important letters -- fantasizes that his boss has revealed himself as Satan and turned Josh into a frog. I had indicated in the script that the frog should be wearing a tiny version of my own round-framed glasses. Right before we were about to shoot that scene, however, someone from the art department approached me and politely whispered, "Um, you do know, Josh, that frogs don't, um, have ears where we have ears?" This, frankly, hadn't occurred to me. Apparently, due to a discrepancy between amphibian physiognomy and our own, it is impossible for the frames of a frog's glasses to wrap back around his ears. Ultimately, we solved this problem using a rubber band and some paperclips, but my embarrassing lack of frog-body awareness stings me still.

Rule No. 5: Don't feel competitive with your son. All during production of "Haiku," my son (who was 3 years old at the time) would regale me with details of the film that he was making. "Well, Daddy," he'd say, "today in my movie there was a train crash, and then a Diplodocus was attacked by a T. Rex, before Harold the Helicopter came to the rescue." Considering that in the film I was making the only "action" sequence involved an exploding envelope-moistener, it took all of my emotional self-control not to sink into despondency. The nadir came when my son cast the animated dog Blue from the TV show "Blue's Clues" in his movie, while Jacob and I couldn't even get her agent to return our calls.

Rule No. 6: Avoid digital effects, which are passé. A key sequence in our film depicts my character's lust for his bed. All day at work, he daydreams about the glorious moment when he will return to his apartment, slip under the covers and enter the state of oblivion that all depressives crave. To convey the frankly sexual aspect of this fantasy, the script called for the bed to be seen undulating sensually while invitingly pulling back its own creamy sheets. Filmmakers stuck in the digital mode of thinking (along with those whose total budget exceeded three figures) might have achieved these effects using computer magic. We, however, placed a particularly athletic crew member named Anne Marie Hamill under the bed and had her undulate for take after take. (Another crewmember, Kristen Souders, tugged at the string that can be seen "magically" pulling back the sheets.) We think the absence of such homemade effects is what has alienated audiences across America, and accounts for the disappointing grosses of such films as "Titanic."

Rule No. 7: Relax. I cannot overemphasize this point. A tense filmmaker is a burden everywhere: on the set; at home; in the guest's chair on "Letterman." Lots of times the tension derives from self-centeredness (a quality that, like many artists, I have read about in books). Remember: The world will go on turning regardless of whether your movie is well-received. At worst, a critical and commercial failure will bring down only you, your investors and your loved ones. Maybe you'll have to go back to temping. Perhaps you will become addicted to some designer drug. Don't sweat it: Life goes on. If you could see me now, writing this as my first film is opening nationwide, you would be struck by my laissez-faire attitude, and you would realize that everything I've been saying is absolutely true.

Josh Kornbluth is a San Francisco-based monologuist who has been performing in Hartford, Connecticut as part of an intermittent worldwide tour. He is the author of "Red Diaper Baby," a book of his stage pieces recently published by Mercury House.