Will the war on terrorism be a recession buster?

Some economists are predicting that an upcoming flood of government spending will kick-start a flagging economy. 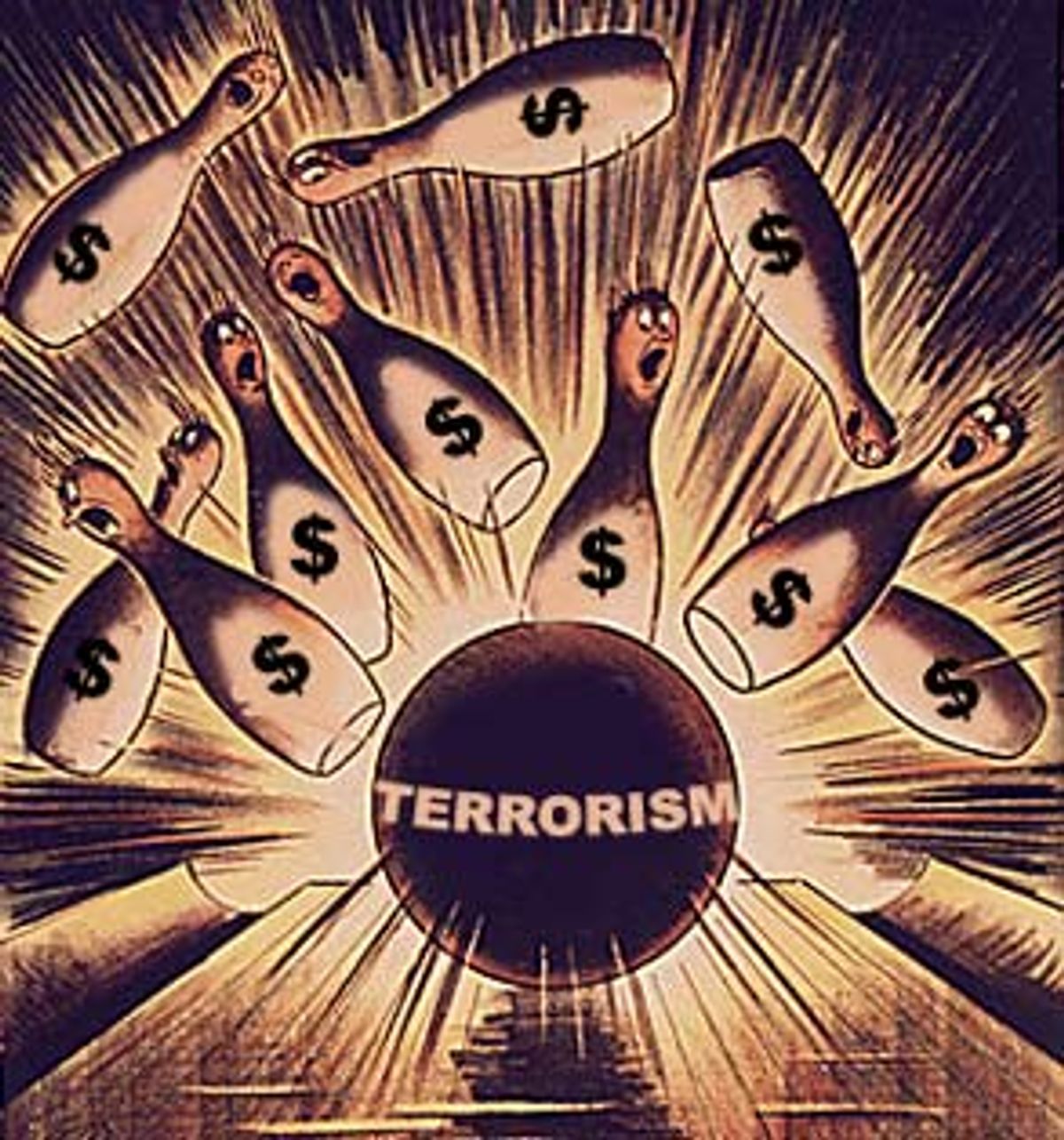 Will last week's terrorist attacks and the coming war effort finally plunge the U.S. economy into the recession it's been teetering on the brink of for months? Or will the opposite happen? Might wartime spending act as a fiscal stimulus package that would jump-start the country's flagging finances?

Congress has already approved $40 billion in spending to rebuild and fight terrorism after last week's attacks, and there's a good chance that many more billions will be ladled for tasks such as rescuing the beleaguered airline industry and upgrading national security. Economists are hoping that the burst of wartime spending will counteract not only the financial fallout from last week's attacks, but also the long decline of the economy over the last year.

"The bottom line is that, in a sufficiently aggressive military posture, you could actually have a positive economic effect from this," says Robert Litan, director of economic studies at the Brookings Institution, in a briefing. Just look, for example, at the postwar prosperity resulting from the United States' involvement in World War II.

Such government spending acts as a stimulus, because those funds would have otherwise been languishing in the so-called Social Security lock box. "Otherwise that money would have been sitting in T-bills [Treasury bonds] with an IOU to the Social Security trust fund," said Ross DeVol, an economist at the Milken Institute.

The terrorist attacks signaled an immediate change in the government's economic priorities. "All the talk about balancing the budget and protecting social security -- that's gone now," said Steve Golub, an economics professor at Swarthmore College, adding, "I'm fairly confident that they'll do what it takes to prevent a sustained recession."

But others are skeptical that the military strategy needed to combat terrorism will bring about enough government spending to have a significant impact. "The so-called war that the U.S. will be fighting against terrorism is not a traditional war, where tanks and airplanes are manufactured at a rapid pace, as in World War II," said Stephen Slivinski, an economist at the libertarian Cato Institute. "This war will be conducted in the shadows, by smaller, specifically trained troops. Therefore, I don't see much manufacturing or economic growth stemming directly from the war effort." There will likely be economic stimulus in New York from the cleanup and rebuilding efforts, but whether it will balance the loss of income from tourists, who are staying away in droves, is anybody's guess.

Another possible source of funds: The airline industry, which has already registered tens of thousands of layoffs in anticipation of low consumer demand for air travel, lobbied Congress for a $17.5 billion relief package Wednesday, saying that the survival of the industry is at stake. (President Bush announced plans to seek a more modest $5 billion bailout.) Meanwhile, Federal Reserve Chairman Alan Greenspan, former Treasury Secretary Robert Rubin and senior Bush economic advisor Lawrence Lindsey are said to be at work on an economic stimulus package to try to help offset some of the effects. On Thursday, Greenspan noted that while the attacks were having an immediate and significant impact on the economy, long-term prospects were still good.

But before the World Trade Center and Pentagon terrorist attacks, the U.S. economy had been sluggish -- growth in last quarter's gross domestic product was barely on the positive side at just .2 percent. The terrorist attacks and their aftermath may be the double-whammy that sends the country into a recession. First, there is the short-term and immediate impact of businesses, markets and air traffic being closed last week. Couple that with the layoffs in the airline industry and add the big wild card: the likely drop in consumer confidence stemming both from the attacks themselves and from uncertainty about what the U.S. response will mean for the country.

"I would say that we probably will end up seeing two negative quarters of GDP, which would be a recession defined in the traditional way," predicts DeVol. DeVol even speculates that the attacks were timed to take advantage of the U.S.'s sinking financial circumstances. "If this would have happened in 1998 or 1999, it would have had an impact on the economy, but it wouldn't have been nearly as severe. I speculate that it was planned this way to attack us in a period of economic vulnerability when it really could make a difference."

As usual, when it comes to the U.S. economy, it's all about how consumers will react to events. As business growth has flagged and layoffs have mounted this year, stable consumer spending, which makes up some two-thirds of the U.S. economy, has kept the country from slipping into recession. Shoppers' continuing to rack up purchases on their credit cards, despite a weakening stock market and economy, have had the effect of propping up that economy.

In fact, some anticipate that cleanup and rebuilding efforts will have a greater positive impact on the psychology of shoppers and investors than any actual measurable effect on the economy of the New York region or Washington.

"The destruction of property does not lead to economic growth," says Slivinski. "It just reroutes resources that could be used elsewhere to the repair of the damaged property. I think the impact of rebuilding the World Trade Center would be mostly psychological, in that it would stand as a symbol of defiance and help citizens regain a sense of normalcy again, which would benefit the economy." With the massive cleanup operation just begun at the World Trade Center, no decisions have been made about a rebuilding plan.

Giving citizens a sense of normalcy and safety again is not just a humanist goal -- it's a fiscal one. Perhaps the greatest immediate threat to the nation's economy is Americans' fear of future terrorist attacks on American soil, which will dampen their willingness to spend and invest. "If we have another terrorist attack of even a lesser magnitude," says DeVol, "I think that would be very disruptive to consumer confidence -- if any time you get on a plane or a train or go to a shopping mall, you have the sense you're taking your life into your own hands."

Notably, it's not the war effort itself that has economists worried that consumers will shut their wallets and start saving. "I don't think that Americans are going to cower in front of their TVs on their couches when we go in and bomb Afghanistan or wherever we go," said DeVol. "I don't see that having a kind of second-round negative effect on consumer confidence when we actually do strike."

It's the prospect of more domestic horrors that has economists worried about what consumers will do. "It [the terrorist attack] still is a relatively isolated incident. Once we're confident that it won't recur then the economy will return to normal," said Madrick. "But until then it will be a drag on the economy, and it might take a long time to get there."